The University of Northern Colorado (UNC) appears to have investigated two professors for asking students to simply consider all sides of the debate over today’s most controversial political and social issues. The investigations were prompted by student complaints made through UNC’s “Bias Response” system, which encourages students to file online reports of any “offensive classroom environment” to administrators, who may then intervene with the theoretically offending faculty. 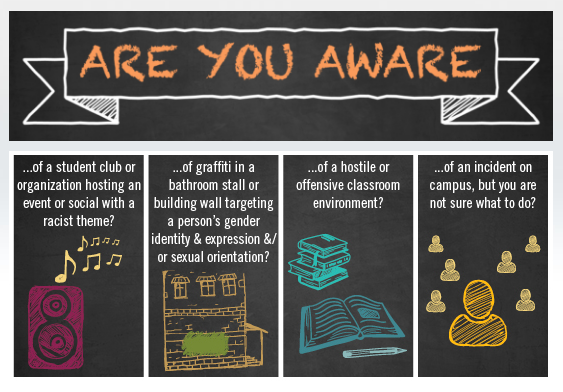 The Bias Response Team’s reports are troubling—both in sheer quantity, and substance.

According to UNC documents obtained by Heat Street under Colorado’s Open Records Act, a professor asked his students to read The Atlantic’s “The Coddling of the American Mind” (co-authored by FIRE President and CEO Greg Lukianoff). The piece warns that the  growing institutionalization of aversion to presenting views that students may find offensive or disagreeable deprives students of the opportunity to confront views they disagree with. The professor engaged students in a discussion about opposing viewpoints on, among other things, transgender issues, prompting one student to file a Bias Incident Report with university administrators. As characterized in the student’s complaint, the professor argued that “transgender is not a real thing, and no one can truly feel like they are born in the wrong body.”

The Bias Response Team contacted the professor, who responded that he was simply playing devil’s advocate to encourage a discussion amongst his students. University administrators encouraged him to avoid doing so:

A member of the Bias Response Team met with the professor, the report says, and “advised him not to revisit transgender issues in his classroom if possible to avoid the students expressed concerns.” The Bias Response Team also “told him to avoid stating opinions (his or theirs) on the topic as he had previously when working from the Atlantic article.”

“Specifically there were two topics of debate that triggered them and personally felt like an attack on their identity (GodHatesFags.com: is this harmful? Is this acceptable? Is this Christianity? And Gay Marriage: should it be legal? Is homosexuality immoral as Christians suggest?)”

The student, whose name is redacted and who is referred to as “they” in the report, complained that “other students are required to watch the in-class debate and hear both arguments presented.”

“I do not believe that students should be required to listen to their own rights and personhood debated,” the student wrote. “[This professor] should remove these topics from the list of debate topics. Debating the personhood of an entire minority demographic should not be a classroom exercise, as the classroom should not be an actively hostile space for people with underprivileged identities.”

Bias incident response systems present difficult questions.  Is a university exercising its rights by engaging in “more speech” to respond to offensive speech? Is it expressly discouraging professors from introducing  their students to controversial issues of the day? Does the mere presence of such a system having a chilling effect, particularly where a university is encouraging students to report offensive classroom environments? When university administrators volunteer to be on standby to respond to speech students find offensive, do they undermine the likelihood that students will rebut offensive speakers by using their own speech?

At UNC, at least, some of the responses suggest administrators will do more than facilitate conversations among students or faculty. Rather, they’re directing professors not to discuss subjects or present views that might offend students.

FIRE, like Heat Street, is using public records requests to gather information about how bias response teams operate at the more than 120 public institutions that currently maintain them. While some are forthcoming with their records, others—like the University of Oregon—are not. FIRE is working hard to learn how these teams impact student and faculty rights at colleges and universities nationwide. We will continue to do so.