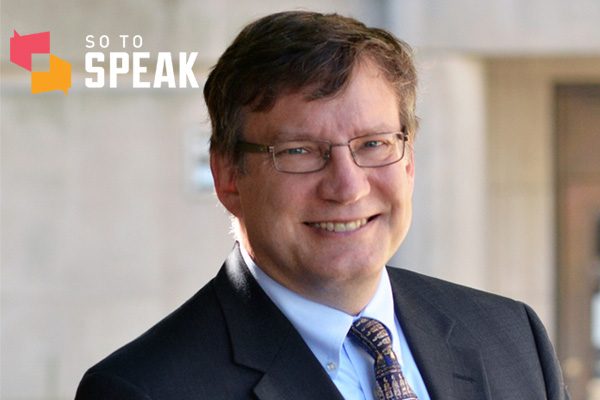 Former Federal Election Commission Chairman Bradley A. Smith is perhaps best known for opposing many campaign finance regulations on First Amendment grounds. On today’s episode of So to Speak: The Free Speech Podcast, we talk with the former chairman about how political campaign activity is regulated in America and how this regulation implicates the First Amendment. We also explore some of today’s hot-button campaign finance controversies.

Smith is a professor of law at Capital University Law School in Columbus, Ohio. From 2000 until 2005, he served as an FEC commissioner. He was FEC chairman in 2004 and vice chairman in 2003. In 2005, Smith founded the Center for Competitive Politics, now known as the Institute for Free Speech.