FIRE > Newsdesk > So To Speak > ‘So to Speak’ podcast: What Russians don’t know about the war in Ukraine 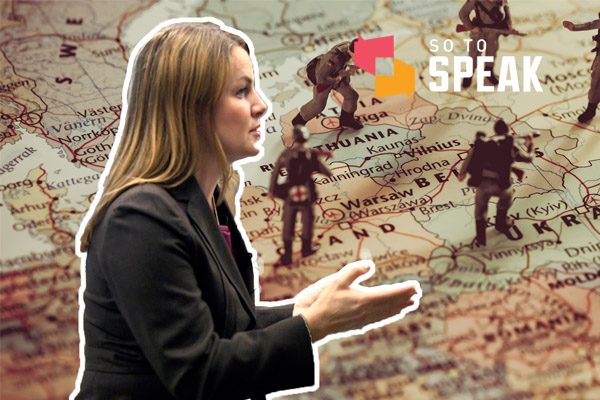 The Russian government has purged independent media, banned protests, and shut down social media access. So, do Russians know the truth about the war in Ukraine?

Ksenia Turkova is a journalist from Russia who currently works for Voice of America. Before coming to the United States she worked for a number of Russian news outlets, including some that were shut down by the Russian government. She also spent time as a radio host in Ukraine.

On today’s episode of “So to Speak: The Free Speech Podcast,” Turkova shares her reporting on Russian censorship and the war in Ukraine, as well as some of her firsthand experiences as a reporter in the country. Read the full transcript.

You can subscribe and listen to “So to Speak: The Free Speech Podcast” on Apple Podcasts, Google Podcasts, and Stitcher, or download episodes directly from SoundCloud.