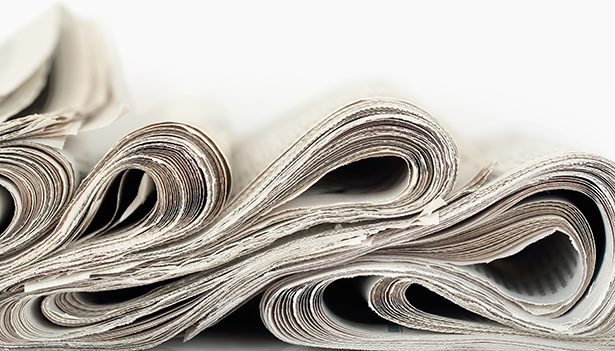 Two recent controversies involving college student journalism have seemingly been resolved: Grambling State University has reversed two students’ suspensions for the content of their reporting, and Concordia College has censured the admissions officer who removed the student paper from the campus center. But these cases—which, it cannot be emphasized enough, never should have happened—nevertheless illustrate that even brief acts of censorship or punishment can have a significant impact on freedom of speech.

This past weekend, two student journalists at Grambling State University in Louisiana were punished for what the school called “unprofessional” behavior—but what I would call commendable civic engagement. David Lankster Sr., online editor of The Gramblinite, was suspended from his position after tweeting from the newspaper’s account photos of moldy and dilapidated athletic facilities on campus—a problem that student athletes at Grambling have been speaking out about recently. According to the Student Press Law Center (SPLC), Wanda Peters, The Gramblinite’s adviser, said that Lankster violated school policy by posting “opinion-based” statements, but “Lankster said it should have been clear that the opinions he was tweeting belonged to football players, not to The Gramblinite.”

Meanwhile, Kimberly Monroe, the paper’s opinion editor, was suspended for helping to organize a student rally intended to bring attention to the poor condition of the school’s facilities, among other issues. Peters sent Monroe an email explaining that this violated The Gramblinite’s Code of Ethics, which states:

We report the news without regard for our own interests, mindful of the need to disclose potential conflicts. We avoid involvement in campus events, politics, demonstrations and social causes that would cause a conflict of interest, or the appearance of such conflict.

Of course, all journalists have an obligation to report fairly or disclose biases that aren’t evident. But it is unconscionable and illogical to ask a student to choose between investigating and reporting current events and issues on campus and working to make positive changes for the school community based on the information that he or she obtains during that process. Common sense tells us that it is beneficial for a community’s best-informed individuals to be active in that community. Further, this policy forces student journalists to walk an impossibly thin, blurry, and moving line between being close enough to campus action to report on it, and detached enough to avoid a “conflict of interest.”

Also troubling is Monroe’s statement that Peters asked to her to remove from the newspaper a portion of a column by the university’s student government president that directed students to report problems on campus to Grambling’s president and provided the president’s email address.

Both Lankster’s and Monroe’s suspensions have been overturned, but Lankster has said that he plans on resigning from The Gramblinite: “This is something that I don’t want to be a part of. … Who would want to go back to a situation where they fire you or tried to fire you?” As of SPLC’s report Tuesday, Monroe was still debating whether to return to her position.

FIRE is certainly glad that the school has reconsidered its response to the situation, but even with its brief but unjust punishment of these students, Grambling has significantly discouraged hard-hitting reporting, severely undercutting the very purpose of journalism and of the university.

The Gramblinite’s website states that the newspaper is “a laboratory function of the Department of Mass Communication,” which means that the university has more authority to regulate its contents than if the publication were produced wholly by a student-run organization. Until schools like Grambling can fulfill their moral obligation to promote zealous journalism, this case illustrates how important it is that students make every effort to maintain a news outlet independent from the authority of their school’s academic departments.

The other controversy began last week at Concordia College in Minnesota, where a staff member in the school’s office of admissions removed the Concordian, Concordia’s student newspaper, from the campus center. Apparently, the admissions office staffer removed the papers to prevent visiting prospective students and parents from reading an article entitled “Alcohol prevalent before campus festivities.” Steve Schuetz, vice president for enrollment, has said that one individual was responsible for confiscating the newspapers and that it was not a “coordinated effort” among administrators. Further, Schuetz apologized to newspaper staff and said that he has spoken with the responsible party.

But students like Concordian News Editor Emma Connell, who wrote an editorial about the incident, are right to be disturbed by even one rogue administrator. This act of censorship, she wrote last Friday, “is indicative of a larger issue, and must not be tolerated by the students, faculty, and staff of Concordia College.” And although Concordia is a private college and therefore not bound by the First Amendment, all universities should strive to protect the integrity of student journalism. Further, as Connell notes, the school’s failure to ensure that all Concordia staff members understand this reflects a clash between the values Concordia proclaims and those it demonstrates:

Concordia is incredibly focused on the idea of “becoming responsibly engaged in the world.” Responsible engagement involves a thorough examination of oneself and one’s surroundings, and a sharing of that knowledge with others. A newspaper is one of the best ways to disperse knowledge to a group of people. By taking those newspapers away from the student body, the admissions office did not allow Concordia students to be engaged in their campus community, and they themselves acted irresponsibly by taking information from a group of students whose purpose for going to Concordia is to collect information and to absorb and create knowledge. The admissions office deliberately went against the mission of the college by confiscating these papers.

Any time campus newspapers are censored, there is the risk both that students are being deprived of important information and that students will doubt the school’s commitment to freedom of expression. And unfortunately, students who lose confidence in their colleges’ promises to allow free speech often choose to self-censor rather than ruffle feathers. Thankfully, Schuetz has publicly and unequivocally stated his support for a free student press:

“We want to provide an authentic portrayal of the Concordia experience to all prospective students,” he said.

Concern for the impression certain stories may give prospective students and their families about the school “doesn’t excuse our actions,” Schuetz said.

“It shouldn’t matter what’s in the student paper. They are free to publish what they want,” he said.

If only Grambling went that far.