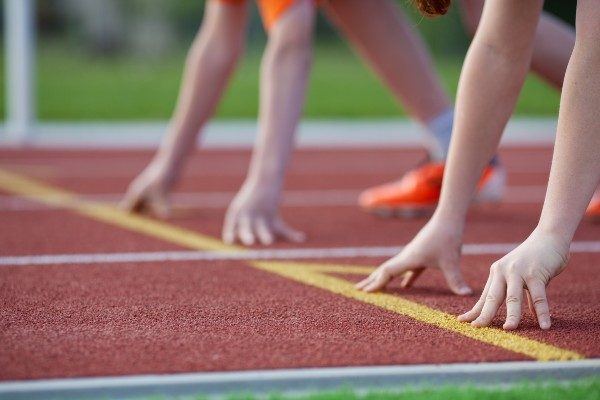 Students don’t lose their off-campus First Amendment rights by signing up to participate in extracurricular athletics, according to a ruling issued yesterday by the U.S. Court of Appeals for the Third Circuit. In doing so, it ruled that the Supreme Court’s standard from Tinker v. Des Moines does not apply to off-campus speech.

The decision should serve as a warning to schools that, on occasion, take the position of  imposing off-campus speech limitations on athletes that they could not otherwise impose on students in general, something FIRE has seen happen time and time again. Earlier this month, in fact, FIRE wrote to the University of Iowa, calling on the institution to clarify its position on athlete use of social media after reports that the team banned players from its use.

The ruling then goes further to determine the Tinker decision does not generally apply to off-campus speech. If Tinker applied, a school could censor off-campus speech when it presented a substantial risk of material disruption. By ruling that Tinker does not apply to most off-campus speech — “that is, speech that is outside school-owned, -operated, or -supervised channels and that is not reasonably interpreted as bearing the school’s imprimatur” — that speech must be treated as any other speech.

FIRE filed an amicus brief in the case, which the court cited in its ruling.

The facts that led to yesterday’s ruling arose in the Spring of 2017 at Mahanoy Area High School, a school of around 300 students about 100 miles northwest of Philadelphia. (Since then, the middle and high schools have been combined.) At the time, B.L., as the plaintiff is identified in the opinion, was a junior varsity cheerleader, and tried out for the next year’s varsity team; she was not selected. Frustrated with cheerleading, school, and her place on a private softball team, B.L. and her friend took a picture with their middle fingers extended and circulated it on Snapchat with the caption, “Fuck school fuck softball fuck cheer fuck everything.”

The snap was sent on a Saturday from a local store, nowhere near school or a school event, and did not actually name the school or even the team. About 250 people viewed the snap, including some of B.L.’s fellow cheerleaders, who reported it to the coaches. The cheer coaches kicked B.L. off of the junior varsity squad, citing school rules summarized by the Third Circuit as

requiring cheerleaders to “have respect for [their] school, coaches, … [and] other cheerleaders”; avoid “foul language and inappropriate gestures”; and refrain from sharing “negative information regarding cheerleading, cheerleaders, or coaches … on the internet.” […] They also felt B.L.’s snap violated a school rule requiring student athletes to “conduct[] themselves in such a way that the image of the Mahanoy School District would not be tarnished in any manner.”

After internal appeals were rejected, in September 2017, B.L. and her parents filed a lawsuit in the U.S. District Court for the Middle District of Pennsylvania, arguing that the punishment violated B.L.’s civil rights. The school defended its punishment, arguing that B.L. had waived her right to free speech when she signed up to participate in cheerleading. Additionally, the district argued that B.L. had no constitutional right to be a cheerleader, and therefore, the school could not be liable for “depriving” her of something she had no right to have.

The Honorable A. Richard Caputo (who, sadly, died this March at 81) issued an injunction in B.L.’s favor in October of 2017, and would ultimately rule that B.L.’s speech was protected in March of 2019. Caputo rejected the school’s waiver argument by noting that waivers of constitutional rights must be shown to be “voluntary, knowing, and intelligent,” something a non-negotiable mandatory document could not be. In response to the argument that B.L. had no constitutional right to be a cheerleader, Caputo explained that:

What the District’s argument does is put the constitutional cart before the horse. […] [I]t muddies the First Amendment analysis, and conflates it with Due Process analysis. […] The right a public school infringes by punishing a student for protected speech is not the right to education or to play a sport, it is the right to freedom of speech.

The Third Circuit agreed, and then went further. Noting that it had, in the past, declined to decide whether Tinker applied to off-campus student speech, it decided to rule on that question. While carefully noting that a school could potentially restrain off-campus speech if it met the same strict scrutiny standard the government in general would need to meet, the panel decided:

We hold today that Tinker does not apply to off-campus speech—that is, speech that is outside school-owned, -operated, or -supervised channels and that is not reasonably interpreted as bearing the school’s imprimatur. […] [T]he First Amendment protects students engaging in off-campus speech to the same extent it protects speech by citizens in the community at large. (Citation omitted).

It is not clear whether the district intends to appeal; we will be watching and will report back.