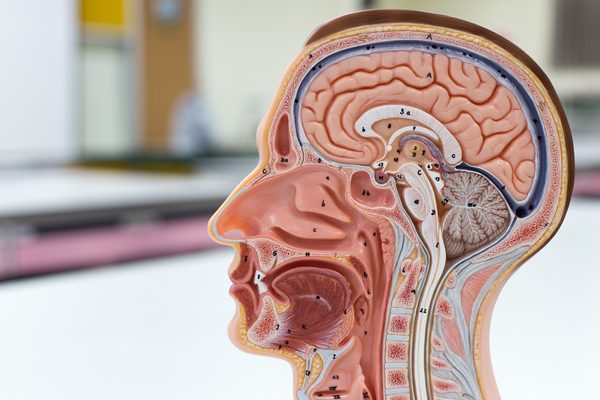 For three decades, the North Baltimore Pro-Life Study Group has set up a display of anatomical models of fetal development as part of Johns Hopkins University’s (JHU’s) annual Spring Fair. This year, however, JHU’s Arts and Crafts Committee decided to disallow the display because it “contains triggering and disturbing images and content.” Thankfully, after pushback from student Andrew Guernsey, president of the student group Voice for Life, the Committee reversed its decision. But as Guernsey points out in emails to the student government, speakers on campus may still be subject to policies that can be used to censor a broad range of speech—despite JHU’s written commitments to free expression.

Although JHU is a private university not bound by the First Amendment, its written policies give students a reasonable expectation that expression will not be censored on campus just because someone may find it “disturbing.” JHU provides, for example, that “[a]cceptance of membership in the University community carries with it an obligation on the part of each individual to respect the rights of others, to protect the University as a forum for the free expression of ideas, and to obey the law.” Johns Hopkins also declares on its website that “[t]he University encourages and promotes the free exchange of ideas on campus.” The Student Government Association’s (SGA’s) Constitution states: “Students have a right to free speech in all matters relating to the SGA. The spirit of this sentiment shall be extended to all student activities on the Homewood [main] campus.” These broad statements strongly suggest that neither administrators nor students may engage in censorship on campus.

The Arts and Crafts Committee is a group of students tasked with organizing the Spring Fair, during which approximately 80 vendors of crafts and nonprofit advocacy groups gather on the university’s campus to share their products or messages with students. According to LifeSiteNews, the Committee decided last year to require that “any images a vendor plans to display at his/her booth must be pre-approved by the Arts and Crafts Committee.” In addition, the Committee claims “the right to reject illegal, vulgar, triggering, or otherwise disturbing images.”

It is not at all clear from the Committee’s policy what constitutes “disturbing” images. Indeed, it is even more unclear considering that non-graphic anatomical models of fetuses (i.e., one can easily tell what it being shown, but there is no blood or realistic viscera depicted) apparently fit the bill. As Guernsey asked in objecting to the policy, “Will gay and lesbian groups be banned from Spring Fair because some religious people find homosexual activity ‘disturbing’?”

The Committee’s enactment of this policy and its initial choice to censor the display demonstrate a worrying eagerness to interfere with the expression of others at the behest of those who disagree with the viewpoint being expressed. In an email to Sheila Wharam, who normally presents the display at the Spring Fair, the Committee explained that these steps were taken “due to feedback [it] received identifying [her] fetus models as triggering to students on campus.” The Committee wrote, “We hope you understand that our intention is not to restrict your freedom of speech or expression, but rather to create an inclusive and respectful environment for all.”

But if “inclusive and respectful” means that no student will ever be made uncomfortable, then it is simply impossible to create that kind of environment without significantly restricting freedom of expression—or even shutting down discussions on controversial topics completely. Given that the Spring Fair aims, in part, to help groups “spread awareness for various causes,” it would be counterproductive to apply this standard to the event.

Thankfully, the Committee reconsidered, and it is allowing plans to display the model to go forward this year. In a statement to FoxNews.com, the Committee said:

We … were wrong in our initial decision and, upon further reflection, have decided we will not impose restrictions on the displays presented by any community groups at Spring Fair …. The committee values free speech.

This is a positive step, but concerns remain. First of all, it is absurd that members of the JHU community—overwhelmingly adults, who ostensibly are there to learn—are treated as though they are unable to confront depictions of the human body. Of course, FIRE takes no stance on the issue of reproductive rights. But to our knowledge, the debate in this case wasn’t over the factual accuracy or moral righteousness of the display (as debates on abortion often are). It was over whether models crafted to show the size and developmental stages of fetuses were so potentially harmful to students that they should be subject to censorship.

Wharam posed this question in an email that was forwarded to LifeSiteNews:

Does it make sense for a world class college like Hopkins allied to the third-ranked medical school in the country to refuse to allow an exhibit of a physiologically accurate depiction of human development, something students see in high school[?]

FIRE thinks not. Like students at elite law schools who were demanding not to be taught rape law, the insistence of JHU students on being permitted to avoid information they might find uncomfortable is perplexing. In any case, Wharam’s models certainly don’t constitute any of the narrow categories of speech JHU students should expect to be prohibited from engaging in, like true threats or obscenity.

In addition, the Committee has not explicitly rescinded its right to censor other “disturbing” displays at its whim. Guernsey argued in emails to the SGA that the Committee’s policy violates the SGA Constitution’s provision on free speech. Because the Spring Fair is among the enumerated “committees and commissions” established by the SGA Constitution, content- and viewpoint-based censorship should play no part in management of the fair.

This isn’t the first time JHU students have encountered obstacles to speaking freely, nor is it the first time Guernsey has shed light on conflicting policies at JHU. Last August, for example, Guernsey spoke out in response to the SGA’s viewpoint-based reclassification of student advocacy groups in order to render them eligible for a much smaller amount of funding than they were before. And before that, Guernsey encountered significant opposition from the SGA when trying to gain recognition for Voice for Life. The group was initially rejected for blatantly viewpoint-based reasons, but SGA’s rejection was overturned after FIRE intervened.

FIRE hopes that JHU’s student government and all of its branches take Guernsey’s pleas to heart and take steps to foster a truly open environment for the expression of all viewpoints, even those with which they may personally disagree. In this case, adherence to the SGA Constitution, JHU’s written institutional policies, or common sense would have been helpful.