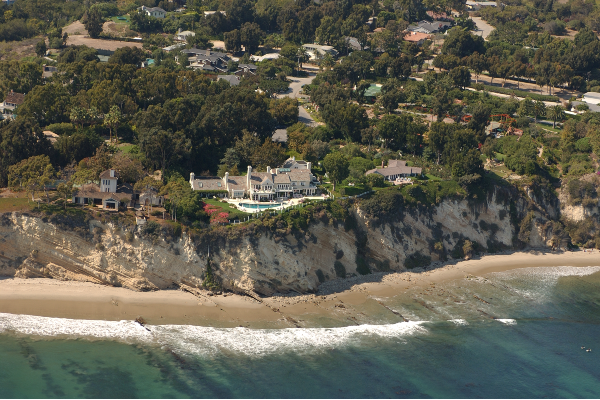 The Streisand Effect: As defined by Mike Masnick, the process by which “the simple act of trying to repress something… online is likely to make it so that something most people would never, ever see… is now seen by many more people[.]” So named because of a 2003 story where attorneys for Barbra Streisand sued a photographer, who had been documenting the erosion of California’s coastline, for having photographed her coastal home.

Censorship Envy: As defined by Eugene Volokh: “The common reaction that, ‘If my neighbor gets to ban speech he reviles, why shouldn’t I get to do the same?’”

The Slippery Slope Tendency: My observation that, “when it comes to limitations on speech and the uniquely sensitive environment of college campuses… [t]he slippery slope of censorship is demonstrably not a fallacy.” In general, the recurring tendency of well-intentioned speech rules to expand in application until they encompass circumstances that seem obviously inapplicable.

It’s not every day that the whole country is talking about an instance of censorship, and it just so happens this is the perfect opportunity to explain three free speech concepts in my “modular argument” that will really help you understand what’s at play here.

Yesterday, The New York Post published a number of details obtained from a laptop allegedly owned by presidential candidate Joe Biden’s son Hunter. The laptop itself was allegedly dropped off at a repair shop and never claimed by its owner. President Trump’s lawyer and former New York Mayor Rudy Giuliani shared the documents with the NY Post after obtaining them from the repair shop owner. According to reports, the documents include information that suggests Hunter Biden introduced his father to a Ukrainian businessman, as well as a number of private sexual images and videos.

As the article spread on social media, Facebook and Twitter both took steps to “limit its spread”; Facebook presumably did so algorithmically, while Twitter took the (as far as we know) unprecedented step of blocking the article from being tweeted or DMed. Twitter’s Safety Team claimed this was due to the private information contained in the article that violates Twitter’s policies. Many accused Twitter of employing a double standard considering the availability of other articles containing the same kind of information. Immediately, voices across the political spectrum, and even those who praised Facebook’s response, condemned Twitter’s more heavy-handed approach. You could not even share the article, quote from its sections, or screenshot them even if your goal was to critique them. Twitter CEO Jack Dorsey somewhat apologized for Twitter’s handling of the controversy — but did not actually revoke the ban (at least not as of our test on the morning of October 15).

A wide swath of the criticism of Twitter’s actions from the left pointed to a principle that explains why Twitter’s ban not only didn’t help, but was actually counterproductive to stop the NY Post article’s spread: the Streisand Effect.

When you tell someone they can’t share a piece of information, you activate some lizard part of their brain that says, “No, screw you!” and motivates them to spread it as far and as wide as possible. In most cases, this motivation to spread information is orders of magnitude larger than the motivation warranted by the information itself. (Who ACTUALLY cares about Barbra Streisand’s house? I mean I’m sure Babs has a nice house, but really, now.)

I think that’s probably the case here. The parts of the NY Post article that had political salience regarding Hunter Biden’s involvement are mostly a retread of allegations that have been circulating since the Democratic primaries. Twitter and Facebook deciding this information is forbidden makes it infinitely more attractive and ensures airtime on all outlets for a story that probably would have just circulated in conservative outlets for a couple days. If Facebook and Twitter really intended to “limit the spread” of disinformation, they basically could not have done a worse job.

The article is on everyone’s mouths, along with an additional conversation about Twitter’s latest slide down the slippery slope.

As you can see, our sense of fairness practically demands that the circle of proscribed speech gets larger over time and almost never shrinks.

Those who study the issue will tell you: When it comes to censorship, the slope is in fact quite slick, and, at least in regards to free speech, you have what I’d call a “slippery slope tendency.”

Twitter is a pretty excellent study in the slippery slope tendency. Nearly a decade ago, Twitter’s executives famously described themselves as the “free speech wing of the free speech party” when resisting calls from the United Kingdom government to censor more speech. A couple years later, they backed down and began to censor locally-restricted content in other countries. Later, they implemented policies banning hate speech based on race and gender, then began banning such speech even if it wasn’t hateful but was “dehumanizing,” and eventually grew the categories of banned content to include that which dehumanizes on the basis of religion, and then that which is dehumanizing on the basis of age. At this point, Twitter represents the censorship wing of the panicked appeasement party.

Facebook has faced a similar evolution, starting with an outspoken defense of free speech, and then instating internationally-pressured bans on locally-restricted speech, and then growing categories of speech restricted on the platform.

The slippery slope tendency doesn’t just apply to categories of banned speech — the tactics of the bans tend to slip as well, until you get to the point where Twitter won’t even let you link to something forbidden, even to criticize it.

So what drives the slide? What greases the slope? In part, it’s censorship envy.

To revile unfairness is human nature, felt as early as childhood when one sees another child get a toy we really want for ourselves (Rom the Space Knight, in my case). It’s not even just HUMAN nature — even monkeys feel affronted when given unequal rewards. We feel envy and acute unfairness when we see another group receiving privileges or treatment that we feel we deserve as well.

As you can see, our sense of fairness practically demands that the circle of proscribed speech gets larger over time and almost never shrinks. The censorship cat is very hard to put back in the bag, and I don’t have a clear answer for how to stop this cycle, other than to make every effort possible to stop it before it starts.

There is one important caveat I want to make clear. There have already been stories suggesting that this information given to The New York Post is Russian disinformation. Do I believe this could be true? Of course I do, and you should too.

I know quite a bit about the Russian-Ukrainian conflict. My family on my father’s side is Russian and from a town pretty close to the border of modern-day Ukraine. My grandfather went to Kiev Polytechnic. The borders of Ukraine were drawn by Stalin, and they do include large numbers of ethnic Russians, and some of them would rather be part of Russia than Ukraine. I know the Russian-Ukrainian conflict is more complex than most Americans understand.

Unfortunately, my dad spends an awful lot of time consuming Russian state media, so I argue with him a lot when it seems to me that he is consuming Russia’s largely state-controlled news without enough of my family’s characteristic skepticism. I can forgive him this to a degree because he is, after all, 94 years old. But, as a general rule of thumb, if there is information coming out about politics in Ukraine, always remind yourself that Russia and Putin have an intense interest in what happens there and especially in undermining US-Ukrainian relations.

Disinformation is a major challenge for freedom of speech, and we all need to be more skeptical than ever of news stories. We should be even more skeptical of those that advance the interest of a major power, whether that be Russia, China, or, of course, the United States. I believe that Twitter has made a big mistake here that is going to haunt them, while at the same time, I’m very curious to find out what further investigations into whether this information is true, and how it was obtained, will reveal.

NOTE: You can see the previous article in our series on key concepts regarding freedom of speech here: