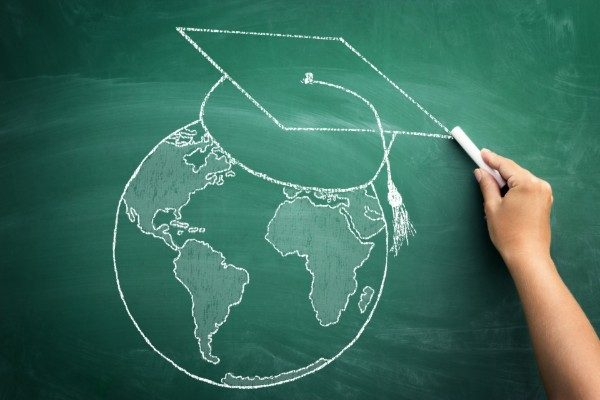 It’s no secret that the U.S. and Chinese governments don’t currently share the best relationship. What began as a trade war has since impacted American life far beyond our steel plants and soy fields. Of particular concern to me is the possible censorship that international students like my cousin may now face in American higher education.

Back in November 2018, Reuters first reported on a potential policy that would permit the Trump administration to investigate all prospective Chinese students’ phone records and social media posts before granting their visa requests. Shortly thereafter, FIRE and other advocacy groups expressed concerns about the erosion of civil liberties as well as the discriminatory nature of this practice. However, instead of addressing these worries as fully as possible, the U.S. State Department introduced a new policy requiring all visa applicants to share their social media records. And last month, the FBI began encouraging universities to monitor certain Chinese academics whose research “could have defense applications.”

To the independent observer, these changes might seem like harmless precautions. But we cannot forget the ordinary people impacted by these extra obstacles — people like my cousin. She’ll begin graduate school here in the United States next month, but only after enduring a nerve-wracking visa application process that has become increasingly common for Chinese students who wish to study here.

For my family, the Trump administration’s new social media screenings and selective check-ins have raised alarming questions: Did my cousin ever feel compelled to censor herself on the phone with us or delete any old posts from Sina Weibo (the Chinese equivalent of Twitter)? Why didn’t any of our other family friends’ visa applications pass muster — could the reason be something as simple as a flagged conversation on WeChat (the Chinese equivalent of WhatsApp)? Once my cousin arrives, will her university surveil her activity because her computer science studies “could have defense applications”? Does the U.S. government view my cousin as an intellectual property-stealing spy by default?

This overt mistrust poses a stark contrast to the welcome that my parents received in 1993. I won’t pretend that anyone threw a party for the arrival of two immigrant master’s students from China, but my parents certainly didn’t feel the need to watch their words out of fear that the U.S. government might wrongfully suspect them of espionage. The fact that they studied electrical and chemical engineering didn’t make them potential thieves of intellectual property or risks to national security, either. My parents were normal people with an only somewhat unusual admiration for grocery stores, public libraries, and the endless array of choices that America afforded. Like the rest of us, they had their own worries and struggles — but here in the States, possible government censorship wasn’t one of them.

My mom and dad got to sample the fullest extent of America’s constitutional freedoms — it’s one of the reasons they came to love this country. Now, I only want the same for my cousin. Unfortunately, a government-sanctioned snooping project is almost sure to have a chilling effect on her speech and the speech of her peers.

International students from every corner of the world may censor themselves during conversations about culture and politics — topics that require diverse and robust discussion — out of fear that their words could hinder their opportunities. In time, this wary feeling of self-censorship will snowball, burying itself into the minds of well-meaning American citizens who worry about their immigrant families and friends. The result will be a national reputation that is completely antithetical to the freedom of expression that students from abroad have come to expect here.

This raises another salient point: Many global scholars land on America’s shores with an eagerness to not only explore our boundless research opportunities but also experience the very civil liberties that their native countries restrict. America is supposed to embody the shining example of a flourishing liberal democracy where the common people rule and individual rights pave the way toward a world of possibilities. Instead, we have settled on a poor strategy of fighting fire with fire; we now run the risk of imitating China’s Xi Jinping and all of the other masterminds behind the Great Firewall. In fact, one Sina Weibo user aptly noted that, “Now, both the Chinese and the US governments want to look at my social media posts.” We’ve reached a sad day indeed if such a comparison can plausibly be made.

Nonetheless, I understand that the FBI has valid concerns about the cybersecurity threat that certain nations may pose. But this isn’t exactly the first time that America has faced an elusive foreign opponent. Not so long ago, we regarded alleged pro-Soviet communists with a similar (or even greater) degree of alarm. At the time, America responded with a crackdown on personal freedoms — a whirlwind of McCarthyist interrogations and coerced loyalty oaths and Hollywood blacklists that most Americans now acknowledge as an overreaction. This narrative very much mirrors the shift in public opinion on Japanese internment, too.

Our government’s current scrutiny of blameless international students will likely track the same pattern of excessive panic followed by retrospective remorse. Knowing this, we ought to push back against warrantless surveillance and learn from the mistakes of our past. After all, our geopolitical foes are temporary; our commitment to civil liberties, on the other hand, should be permanent.

Jane Wang is a rising sophomore at Emory University and FIRE summer intern.