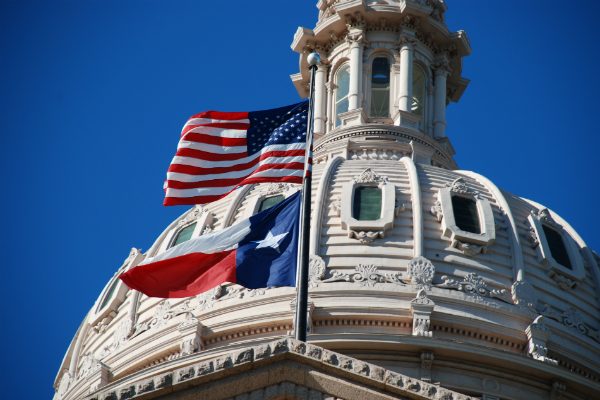 Last week, a federal court in Austin, Texas issued an order blocking enforcement of a state law dubbed Texas’ “anti-BDS bill” by the governor. Texas House Bill 89, enacted in 2017, required government contractors to certify that they do not and would not boycott Israel while doing business with a state entity.

The order in Amawi v. Pflugerville Independent School District granted the preliminary injunction motions of five sole proprietors in two consolidated lawsuits filed in late 2018 by the ACLU and the Council on American-Islamic Relations. The proprietors are all supporters of Boycott, Divestment, and Sanctions, or the BDS Movement, a movement that seeks to impose economic pressure on the Israeli government to reform policy toward and treatment of Palestinians.

Each proprietor either refused to sign the anti-boycott certification in a contract with a public university or school district, and was consequently refused government employment, or signed the contract against their conscience in order to keep a job.

In his ruling, United States District Judge Robert Pitman held that a political boycott of the kind at issue is expressive conduct protected by the First Amendment under NAACP v. Claiborne Hardware Co., which protected Civil Rights Era activists’ right to boycott white businesses in the segregated South.

As Pitman notes, “Claiborne recognizes that boycotts are ‘deeply embedded in the American political process’ … because in boycotts, the ‘elements of speech, assembly, association, and petition . . . ‘are inseparable’ and are magnified by the ‘banding together’ of individuals ‘to make their voices heard.’” (Quoting Claiborne, 458 U.S. 886, 907, 911 (1982) (internal quotations omitted)).

In blocking HB 89, Pitman found that the proprietors were likely to succeed on their claims that the law violates the First Amendment “because it (1) is an impermissible content- and viewpoint-based restriction on protected expression; (2) imposes unconstitutional conditions on public employment; (3) compels speech for an impermissible purpose; and (4) is void for vagueness.”

Notably, the court rejected the state’s argument that HB 89 is necessary to fight national origin discrimination. Rather, Pitman found that the law aimed to “prevent expressive conduct critical of the nation of Israel, not discriminatory conduct on the basis of Israeli national origin.” (Emphasis in original.)

Pitman also rejected the argument that the state could incidentally burden speech in regulating commerce to align “with the State’s policy objectives and values.” HB 89, he reasoned, targets speech directly, singling out political boycotts of Israel specifically because of the message conveyed. This type of “special hostility” by the state towards a particular viewpoint about a particular country is, according to the court, precisely what the First Amendment forbids.

In coming to his conclusions,  Pitman emphasized:

[T]he Court is guided by first principles. “At the heart of the First Amendment lies the principle that each person should decide for him or herself the ideas and beliefs deserving of expression, consideration, and adherence. Our political system and cultural life rest upon this ideal.” Turner Broad. Sys. v. FCC, 512 U.S. 622, 641 (1994) (citations omitted). … The statute threatens “to suppress unpopular ideas” and “manipulate the public debate through coercion rather than persuasion.” Turner, 512 U.S. at 641. This the First Amendment does not allow.

As the state itself noted in briefing, Texas is one of twenty-five states that have passed laws or taken executive action restricting boycotts of Israel. Last week’s decision, however, is the third federal ruling to block similar anti-boycott laws on First Amendment grounds.

Last year, federal district courts in Kansas and Arizona sustained First Amendment challenges and issued injunctions against enforcement of the state laws. By contrast, early this year a district court in Arkansas dismissed a suit challenging a law requiring government contractors to pledge not to boycott Israel or reduce their fees by 20%. The decision is currently on appeal to the U.S. Court of Appeals for the Eighth Circuit, where FIRE recently joined with the Institute for Free Speech to file an amicus curiae brief in support of appellant Arkansas Times LP.

The Arkansas Times CEO refused — on principle rather than due to support of BDS specifically — to sign a certification agreeing the paper would not boycott Israel as part of a contract to run advertisements for Pulaski Technical College.

While FIRE takes no position on boycotts of Israel or broader BDS movements (except to the extent an academic boycott imposed by a university could negatively impact faculty and student academic freedom), the Texas lawsuit demonstrates how easily anti-BDS state laws seep onto public campuses, impacting student and faculty rights and interests.

One of the proprietors who sued, for example, is a speech pathologist who provided speech therapy services to a public school district for nine years before her contract was cut short because of her refusal to sign the new anti-boycott verification. It takes little imagination to predict similar consequences in contracts with adjunct faculty, guest speakers, service providers to student organizations or governments, and other student services like mental health providers.

Such results will impact student and faculty rights directly as well as cull the universe of services, resources, and people contributing to vibrant campus communities. As Pitman notes, the First Amendment is meant to protect against precisely this type of government suppression of disfavored political views.

FIRE will continue to monitor and keep readers updated on this and other legal challenges to the recent nationwide wave of legislative and executive anti-BDS measures.