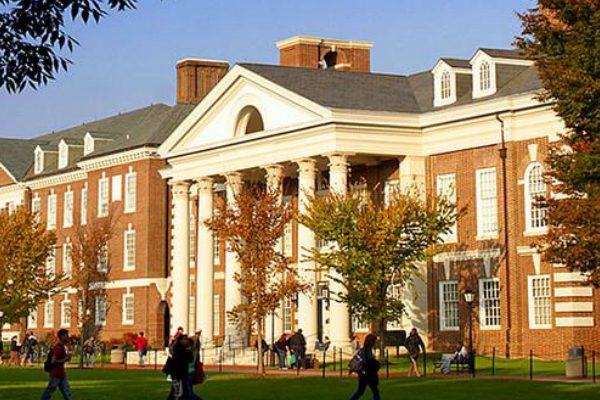 The University of Delaware (UD) was one of seven universities to which Arizona Congressman Raul M. Grijalva wrote last month, requesting information about and records relating to researchers who are skeptical about the existence or extent of man-made climate change. Citing concerns about academic freedom, UD acquiesced only to a narrow portion of Grijalva’s request. UD’s caution in light of the profound chilling effect that overly broad records requests can have on faculty research is laudable, and FIRE hopes the other universities exercise similar discretion.

FIRE has noted many times before the tension between the need for transparency in governmental institutions and university faculty members’ right to conduct research—even controversial research—without undue interference from those who may object to their results. Last summer, for example, FIRE Legal Intern Laura Beltz reviewed on The Torch some of the cases in which requests for emails between professors, unreleased research, and other broad categories of materials have been employed in order to burden particular researchers. Laura wrote:

The Supreme Court has long expressed concern for the kind of academic environment that these requests may create, stating in the landmark case Sweezy v. New Hampshire, 354 U.S. 234, 250 (1957):

Scholarship cannot flourish in an atmosphere of suspicion and distrust. Teachers and students must always remain free to inquire, to study and to evaluate, to gain new maturity and understanding; otherwise our civilization will stagnate and die.

In another Torch post, my colleague Will Creeley explored both the law governing records requests and the practical effect of public universities complying with very broad requests. He wrote:

[A]ny conception of academic freedom includes, at a minimum, the professor’s general right to discuss ideas with his or her colleagues and students without fear of official reprisal. An open records request like the one at issue here is of course not official reprisal—for one, it is generated by a fellow citizen or group of citizens, not the state, although the state itself must enforce it. But were open records requests to be regularly invoked by private citizens in attempts to burden, embarrass, or otherwise hassle those professors whose research and scholarship they found objectionable, these legal requests might soon amount to a real threat to academic freedom, casting a chill on speech in the academy and encouraging professors and students to avoid dialogue about unpopular or controversial subjects. Put another way: If professors worried that every time they wrote anything controversial, they’d be forced to submit all of their emails into the public record, they would certainly think twice about writing anything remotely controversial. That would negatively impact both their right to speak as citizens and the robust academic exchange we expect on our campuses.

Republican members of the U.S. Senate’s Committee on Environment and Public Works, too, recognized the potential of broad records requests to “silence legitimate intellectual and scientific inquiry.” The senators penned a letter to over 107 recipients of records requests relating to climate science, urging them:

We ask you to not be afraid of political repercussions or public attacks regardless of how you respond. Above all, we ask that you continue to support scientific inquiry and discovery, and protect academic freedom despite efforts to chill free speech.

FIRE commends these senators for their strong stance in favor of academic freedom.

Though Grijalva later clarified that his primary interest was in the disclosure of funding sources for climate-change skeptics’ research (in order to ensure that there was no conflict of interest that would call into question the integrity of the research), Grijalva’s initial request included much more. As Inside Higher Ed reported:

Grijalva requested specific information from Patrick T. Harker, Delaware’s president, including all university policies on financial disclosure and conflict of interest, copies of and written communication about [climatology professor David] Legates’s Congressional testimony, and the professor’s total annual compensation from 2007 to 2015.

The congressman also requested a detailed accounting of Legates’s sources of external funding, including consulting fees, “promotional considerations,” speaking fees, travel expenses and other compensation than his Delaware salary. For each item, Grijalva requested the source, amount, “reason” for receiving the funding, any and all communication about it, and, for grants, a description of the research proposal and copy of the funded grant.

In an admirable reversal, Grijalva admitted earlier this month, “The communications back-and-forth is honestly secondary, and I would even on my own say that that was an overreach in that letter.” Conceding that his request was unnecessarily broad is a positive step. But despite this admission, Grijalva didn’t back down altogether from his letters—according to the National Journal, he simply said “he was willing to ‘eliminate that request’ for communications if it becomes a barrier to the other disclosures that he is seeking.”

Last week, President Harker and Provost Domenico Grasso responded to Grijalva, providing some information about funding at UD but not information specific to Legates. Inside Higher Ed relayed the administrators’ reasons for doing so:

As for Grijalva’s other questions about Legates specifically, Harker and Grasso declined to answer, saying the requests “intrude into areas that are protected by academic freedom.” They attached the Faculty Handbook’s statement on academic freedom, which says that if faculty members are “to teach and carry on research effectively, academic freedom is necessary.”

The statement continues, “Academic freedom is the freedom of the faculty to teach and speak out as the fruits of their research and scholarship dictate, even though their conclusions may be unpopular or contrary to public opinion.”

UD’s response does two important things. First, it sends the message to those who might disagree with a researcher’s conclusions that records requests should be crafted narrowly to obtain specific information relevant to the integrity of the research in question; they should not include any proverbial spaghetti that a critic can throw at the wall. Perhaps if enough overly broad requests are resisted, critics will stick to specific inquiries and a careful look at whatever research methods were employed as described in the researcher’s final product. The latter, an embodiment of the “marketplace of ideas” that universities should foster, might be especially productive.

Second, universities that demonstrate an unwillingness to simply hand over extensive faculty materials on request encourage innovative and challenging research by reaffirming to professors that they conduct such research without fear of political reprisal for their scholarly interests or conclusions. As the Supreme Court made clear in Sweezy (quoted above), this type of protection is paramount—not just for academia, but for society.

The boundary between reasonable requests for information from public universities and malicious attempts to curb the propagation of certain viewpoints is not always clear. What is clear, though, is that universities and the nation at large will benefit from institutions’ careful consideration of how to properly balance two competing and important interests.