FIRE > Newsdesk > Top Story > U. of Wisconsin students not big fans of free speech, according to new survey 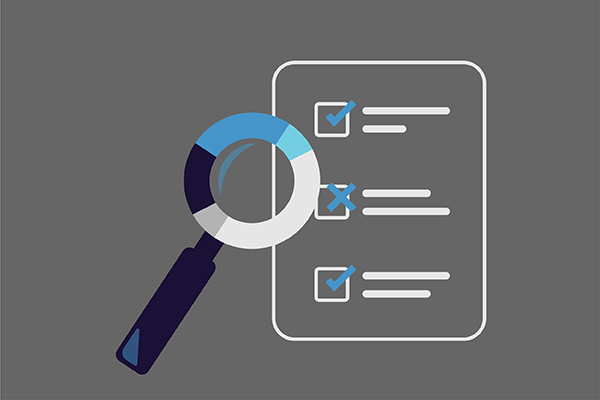 As I have noted in the past, campus-specific data on students’ attitudes towards free expression are incredibly valuable. This blog post briefly summarizes the Thompson Center’s report and then compares these new data to FIRE’s data obtained last year from the University of Wisconsin as part of the 2020 College Free Speech Rankings.

The findings discussed in the Thompson Report fall into five categories:

Two statistically significant findings were consistently observed throughout most of the study: Female students and liberal students were more supportive of speech restrictions in each domain than male students and conservative students respectively. For instance, when students were asked if “the government should be able to punish hate speech,” 75% of females either “strongly,” “somewhat,” or “slightly” agreed compared to 47% of males.

Additionally, the students surveyed demonstrated the classic finding of supporting free expression when asked about it in the abstract, as 88% of students either “strongly,” “somewhat,” or “slightly” agreed that “one person should not be able to prevent another person from speaking because they hold an opposing view.” Similarly, only a small percentage of students supported speech restrictions on well-known political groups like liberals (3%) and conservatives (5%).

The one exception to the rather consistent pattern of findings demonstrating greater support for speech restrictions among female students and liberals students compared to males and conservatives emerged when students were asked about the news media. Specifically, a roughly equal percentage of liberal (31%) and conservative (34%) students said that the “government should be able to take action against news media that publishes content that is biased.” Once again, however, the percentage of female students (42%) who supported speech restrictions on the news media was greater than the percentage of male students (24%) who did.

As can be seen above, the University of Wisconsin does poorly on almost every component of FIRE’s free speech ranking. Self-expression, consisting of student responses whether they have ever personally ever felt they could not express their opinion on a subject because of how students, a professor, or the administration would respond is the only component that the University of Wisconsin does well on.

To be clear, there is not much overlap between the questions on the two surveys. The Thompson Center’s report is more focused on students’ views of the First Amendment in American society, while FIRE’s 2020 campus free speech survey is more narrowly tailored to capture students’ attitudes towards freedom of speech and expression on their own campus. Yet, FIRE’s 2020 campus free speech survey, like the Thompson Center’s, asked students about their support or opposition for speech restrictions on controversial speakers. Of the eight speakers FIRE asked about, four are relevant to this discussion:

When a campus-specific analysis of the University of Wisconsin is performed on these data from FIRE’s 2020 campus free speech survey, female students and liberal students emerge as less supportive of free expression, just as they did in the Thompson Center survey. There is one exception to this conclusion: fewer conservative students (30%) supported allowing a speaker on campus who would promote the idea that all white people are racist compared to liberal students (37%). 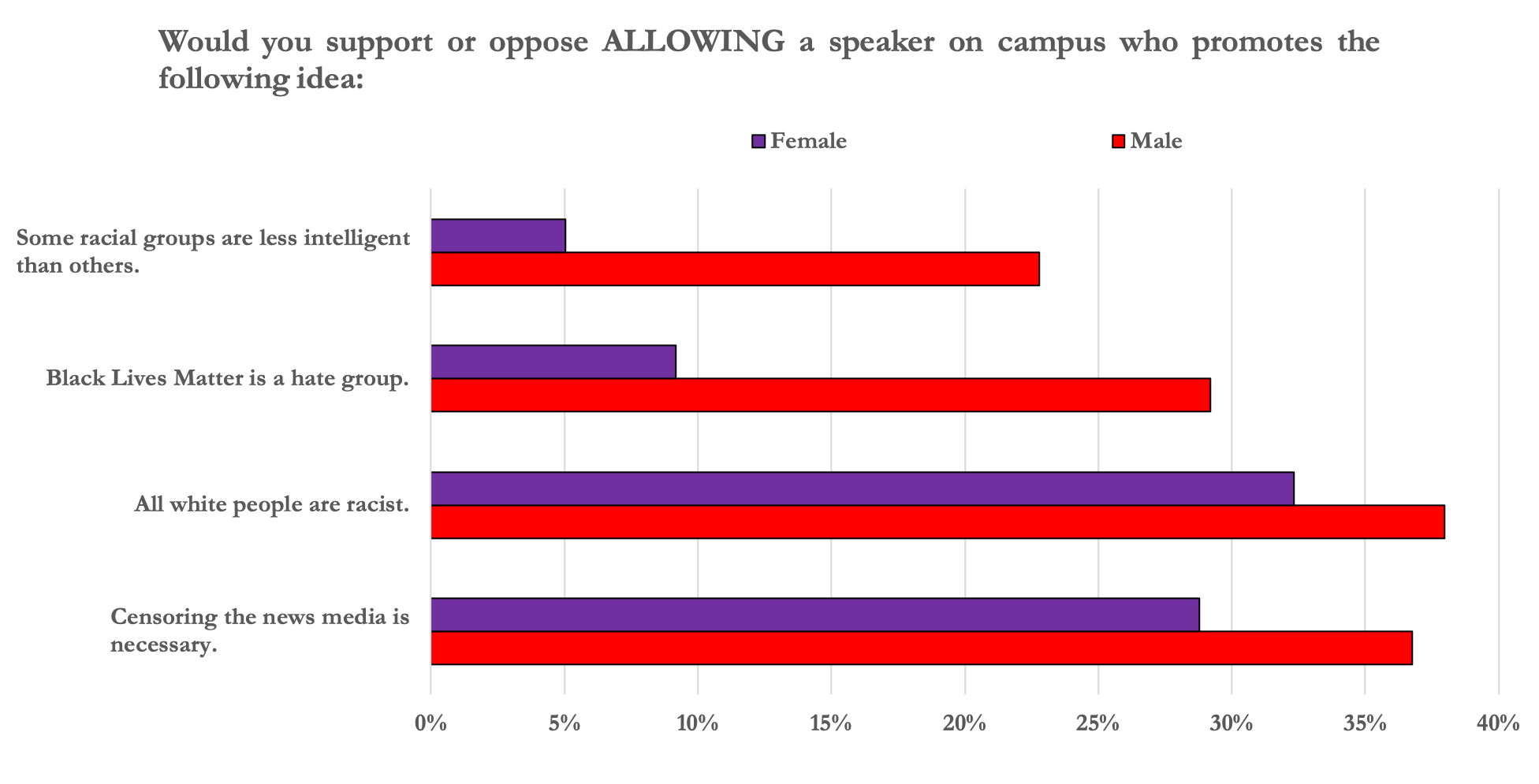 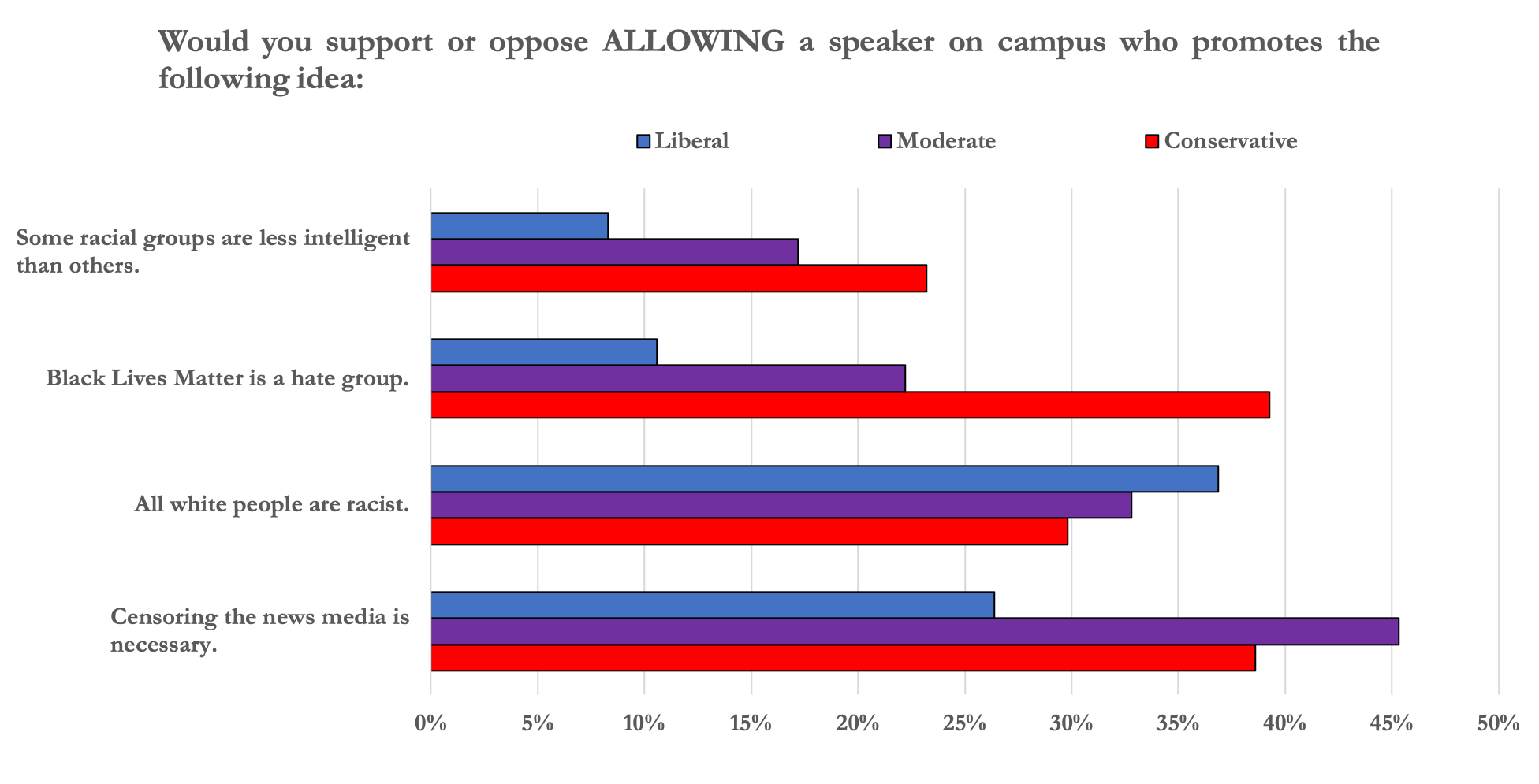 Finally, the Thompson Center asked students if they agreed that“public institutions should revoke invitations to guest speakers when the speakers’ remarks would likely offend someone,” and found that 35% of students agreed with this sentiment. Once again considerably more female and liberal students agreed with this sentiment, compared to male and conservative students. When it comes to one’s own campus, it appears that students are even more inclined to support a disinvitation. In FIRE’s 2020 free speech survey, only 31% of students at the University of Wisconsin said that it was never acceptable for students to shout down a speaker or try to prevent them from talking on campus. Once again, female and liberal students were less supportive of free expression than their male and conservative counterparts. 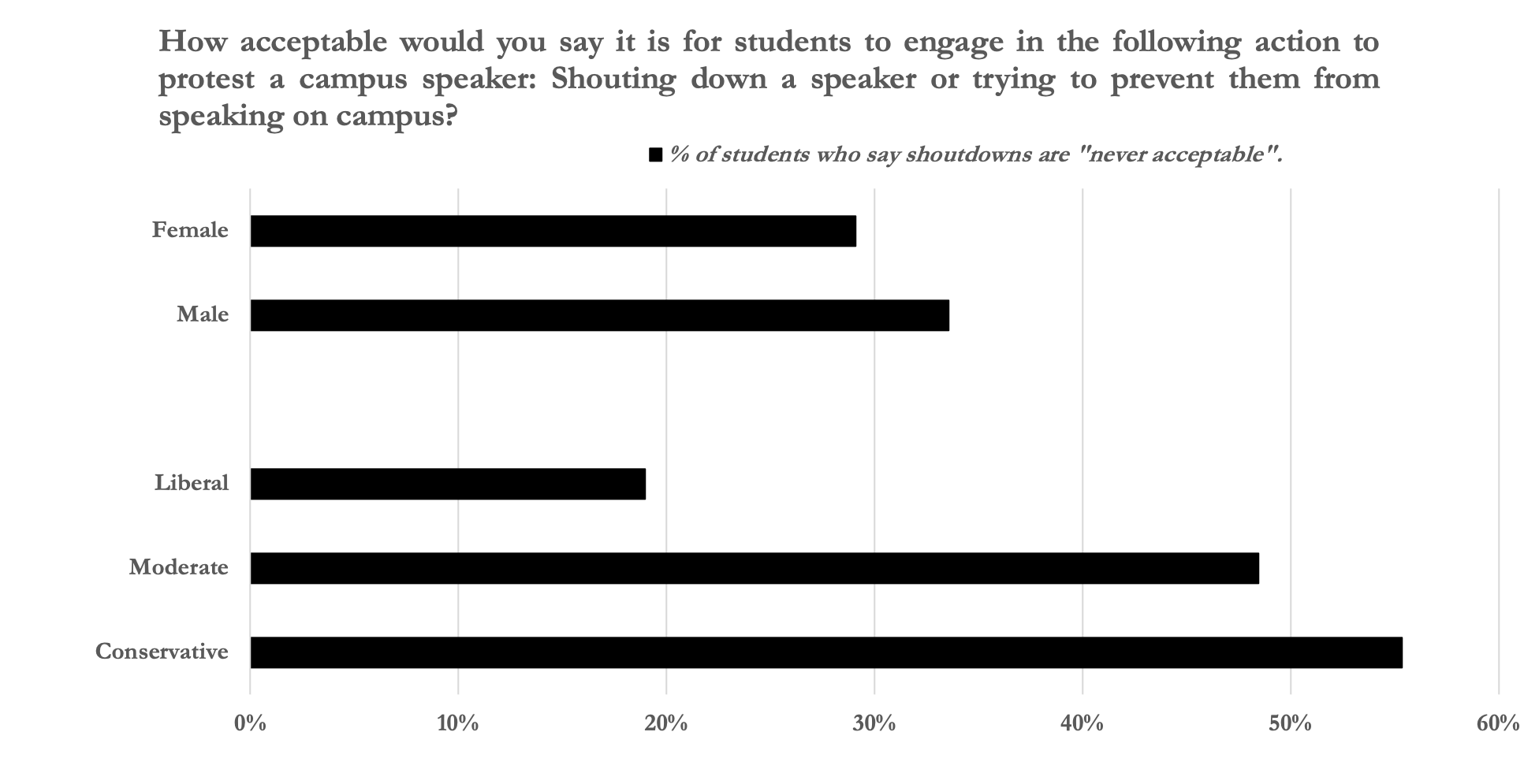 The findings from both surveys converge on the conclusion that student support for freedom of expression at the University of Wisconsin is tepid at best. Like the general public, students support First Amendment principles when asked about them in the abstract. But when presented with specific targets who are more likely to be considered offensive or even hateful by the majority of students, this support drops, sometimes precipitously. Furthermore, although male students and conservative students were consistently more supportive of First Amendment principles, even their support leaves much to be desired. Given that support for the right of unpopular speakers to speak is where the rubber meets the road when it comes to the principle of free speech, it’s clear that the University of Wisconsin, like so many others, could be doing far more to educate its students on this vital component of living in a diverse and pluralistic democracy.