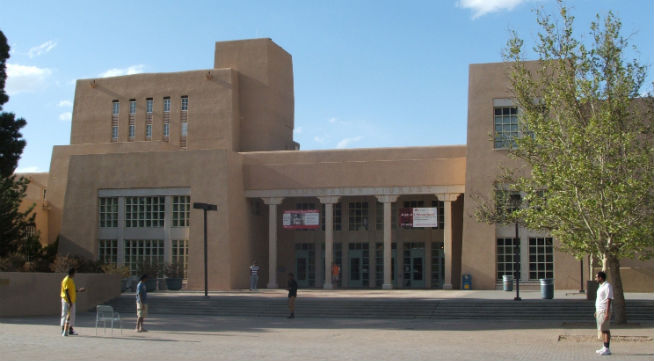 The other day, my colleague Samantha Harris wrote about October’s Speech Code of the Month, an overbroad sexual harassment policy at the University of New Mexico (UNM) that the university itself is violating by hosting “Sex Week” this week. As Samantha wrote, the policy prohibits “displaying sexually suggestive or derogatory objects, pictures, cartoons, or posters,” for example—items sure to be found at any Sex Week event.

FIRE was hoping that by pointing out that UNM was violating its own code, the university would see the ludicrousness of its speech restrictions—after all, it couldn’t even follow them itself!—and change its speech codes in order to comply with its legal and moral obligation, as a public institution, to allow speech protected under the First Amendment. That’s what logic would dictate. Instead, UNM apparently aims to bolster its commitment to censorship and speech codes after receiving complaints about events planned for this week.

UNM released a statement on Wednesday apologizing for “the inclusion of topics that are sensational and controversial.” Vice President for Student Affairs Eliseo Torres promises in the statement, “We will do a better job in the future of vetting and selecting programs offered through campus groups.” (Sex Week was hosted by the Women’s Resource Center and the Graduate and Professional Students Association.)

Well, if Torres’s goal is excluding all “controversial” topics from Sex Week (or, worse, from all of campus), we are here to inform him that that’s impossible. Sex and sex-related topics will always be controversial. And while some coverage of the matter emphasizes workshops on bondage and masochism, it’s absurdly naive to think that no one will object if Sex Week covers only “vanilla” sex-related topics. Perhaps Torres should have simply acknowledged that UNM doesn’t want to make anyone uncomfortable and declared that the university would give up on Sex Week altogether.

Torres explained in the statement, “While the university administration believes that it is important to offer opportunities for sex education to college students, it should be done in a careful and respectful manner.” Universities may, of course, make all efforts to be respectful and may even encourage students to be respectful as well. But UNM is actually legally required to respect the First Amendment (or at least obey it), and it’s not doing that. Its speech codes remain unconstitutional, and they need to be revised. Even if UNM wishes to ensure that its own institutional speech is as anodyne as possible, it may not restrict constitutionally protected speech by students, as its sexual harassment policy does. FIRE is always happy to work with universities to bring their speech codes into compliance with the First Amendment.