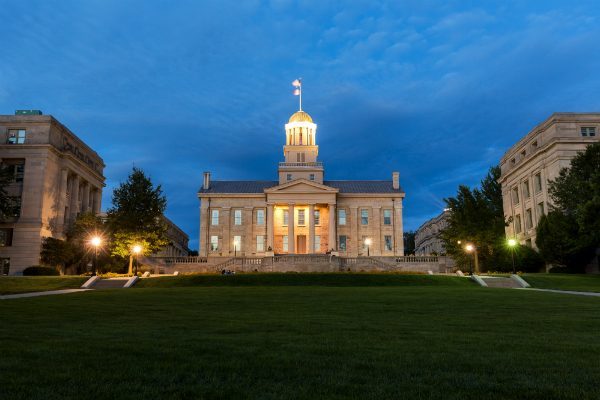 After days of vigorous and well-deserved criticism, the University of Iowa has finally amended its guidance to faculty concerning speech on the topics of COVID-19 vaccinations and mask usage. The revised guidance, while improved, still raises concerns over free speech and academic freedom.

UI’s Office of the Executive Vice President and Provost posted the original guidance on its website last Tuesday but quickly removed it following criticism from faculty at UI and elsewhere. FIRE flagged multiple serious problems with the original document in hopes an amended version would fully respect faculty members’ First Amendment rights and academic freedom.

On the positive side, the guidance no longer states that, in the classroom, faculty “may only make statements regarding mask usage or vaccinations in the context of course material discussions of health-related issues.” Additionally, faculty are no longer expressly prohibited from making “value judgments” about mask usage or a decision to refuse vaccination. UI also discarded the ban on faculty asking colleagues about their vaccination status.

Q: May I make statements in the classroom regarding mask usage or vaccinations?

A: Yes, we encourage you to ensure students are aware of university guidelines and protocols.  Additionally, to encourage students to wear face masks, you may wear a face mask yourself and share why you have made that decision, if you are comfortable doing so.  You are encouraged to post university signage in your office and you may encourage students individually and in group settings to wear a face mask.  You may also have discussions or make statements regarding mask usage as long as all sides have a voice in the conversation.  This should not be the classroom focus and should align with the policy in the Operations Manual (OM III-15.6) and the BOR policy on Academic Freedom.

​​Instructors should be especially mindful to avoid discussing a student’s vaccination status.  Additionally, you may not penalize or criticize students for not wearing face masks; provide tangible incentives, such as extra credit or a higher grade, to students who wear face masks; or direct students to sit in different areas of the classroom based on whether they are wearing face masks.

In some ways, this is an improvement. Much of the revised guidance is unobjectionable from a First Amendment or academic freedom perspective, but some of the language still violates constitutional protections for speech.

First, the revised guidance states faculty may not “criticize students for not wearing face masks.” This restriction fails the viewpoint-neutrality test, as it bans criticism of the decision not to wear a mask while saying nothing about criticism of the decision to wear a mask. UI may simply think the latter criticism is unlikely, but this rule still unconstitutionally discriminates against speech on the basis of viewpoint. It is also overly broad. We recognize that UI is seeking to protect students who eschew masks from discrimination, and we take no issue with the university directing faculty not to penalize students for this decision, but at least some forms of criticism would be protected. For instance, a professor might generally complain that many students on campus are not wearing masks—or, conversely, that students are wearing masks unnecessarily. Both of these are protected speech. UI should eliminate this provision or, at a minimum, amend it to state that instructors should not direct criticism at individual students in the class for their decision to wear or not to wear a mask.

Second, the guidance says faculty may discuss mask usage “as long as all sides have a voice in the conversation.” To the extent this simply means faculty should not suppress any student’s opinion on the subject, FIRE wholly endorses it. However, the guidance should be more carefully worded to make that clear. Read literally, this condition could be interpreted as requiring that all sides be actively represented in any conversation about mask usage. Yet faculty should be allowed to discuss the issue and express their opinion, even if nobody in the classroom takes an opposing view. UI can remedy this problem by replacing the language with: “as long as students are free to express any opinion on the subject.”

Third, the guidance states that discussions of mask usage “should not be the classroom focus.” But this is overbroad. The topic of mask usage can be the focus of a class if it is pedagogically relevant. It’s easy to imagine courses in health, science, public policy, history, philosophy, and other areas where a professor might want to devote a substantial part of a lecture to the topic. FIRE recommends UI simply reiterate the principle found in the American Association of University Professors’ 1940 Statement of Principles on Academic Freedom and Tenure, which the university has adopted, that teachers must “avoid persistently intruding material which has no relation to their subject.”

FIRE calls on UI to make these final, critical changes to fully harmonize its guidance with the First Amendment.

To its credit, UI quickly removed its original guidance in response to valid criticism from its faculty. After updating the guidance, Provost Kevin Kregel noted the “importance” the university places on academic freedom and free speech, and said his office worked with faculty to “provide guidance that would safeguard both students and faculty in those exchanges.” The revised guidance is closer to achieving that goal, but it’s not quite there yet.

FIRE calls on UI to make these final, critical changes to fully harmonize its guidance with the First Amendment.