NEW YORK, Oct. 28, 2014—In a victory for free speech, New Jersey’s Bergen Community College (BCC) has rescinded its punishment of an art professor it placed on leave and forced to undergo a psychiatric evaluation for posting a picture of his daughter wearing a Game of Thrones T-shirt.

After learning of BCC’s outrageous actions, the Foundation for Individual Rights in Education (FIRE) connected Professor Francis Schmidt with FIRE Legal Network member Derek Shaffer, a partner at the law firm Quinn Emanuel Urquhart & Sullivan, and Gabriel Soledad, an associate at the firm. 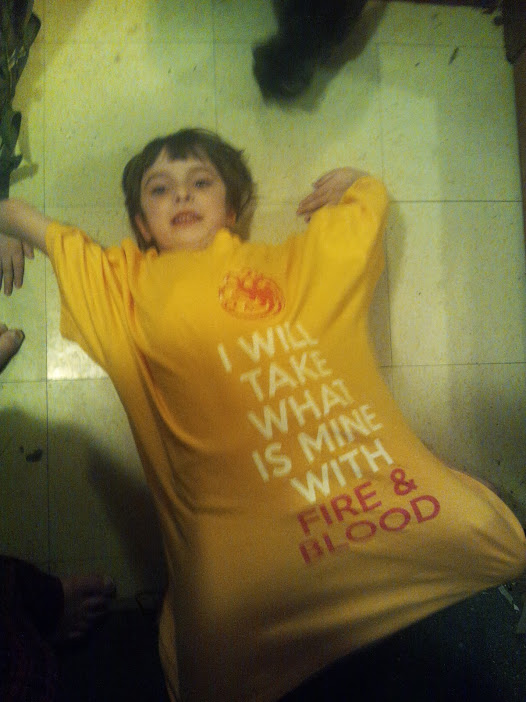 In a recent letter to Schmidt, BCC Director of Human Resources Patti Bonomolo acknowledged that the college “may have lacked basis” for punishing him and that doing so “potentially violated” his constitutional rights. “Lest there be any doubt, BCC recognizes and respects that you are free to exercise your constitutional rights, including your right to freedom of speech and expression, even to the extent that you may disparage BCC and/or its officials,” wrote Bonomolo.

“I’m very happy to have my First Amendment rights back. I’m glad to have this thing behind me and would like to get back to teaching animation,” said Professor Schmidt. “I’m happy to know groups like FIRE are out there, protecting my valuable First Amendment rights as an academic. Without them our higher education system would be all the weaker.”

“Saying that Bergen Community College’s punishment of Francis Schmidt ‘may have lacked basis’ is like saying that King Joffrey may have been a less than ideal ruler,” said FIRE President Greg Lukianoff. “Nevertheless, we’re glad to see BCC finally acknowledge Professor Schmidt’s First Amendment rights and rescind his punishment. FIRE will continue to work with students and faculty to make sure administrators understand that they must respect the First Amendment—or risk answering for their absurd overreactions in court.”

Schmidt’s ordeal began in January when he posted a picture on Google+ of his young daughter wearing a T-shirt with a quote from the hit HBO show Game of Thrones: “I will take what is mine with fire & blood.” After Schmidt posted the picture, an automatic email was sent to his Google+ contacts, including one of BCC’s deans. She reported it to other administrators, who summoned Schmidt to a meeting to explain his “threatening email.”

Even after Schmidt and other BCC personnel assured the administrators that the quote on the T-shirt came from a popular TV show, they continued to insist it posed a danger. According to the head of security, the word “fire” in the quote “could be a kind of proxy for ‘AK-47s.’”

In response to the posting, BCC placed Schmidt on leave without pay until a psychiatrist attested to his mental fitness. Even after he was reinstated, BCC placed an official warning in his file and threatened him with “suspension and/or termination” if he made “disparaging” remarks about the college or acted in any way BCC determined to be “unbecoming.”

Under pressure from Quinn Emanuel Urquhart & Sullivan, BCC expunged the reprimand from Schmidt’s record in late September, stating that “any penalty or restriction” Schmidt suffered is now “rescinded and acknowledged to be null and void.” The letter confirms that Schmidt “will be in good standing with BCC as if the Incident never occurred, and BCC’s records shall so reflect.”

Schmidt has filed a grievance against BCC for denying him a sabbatical and other unfair employment practices. That complaint remains outstanding and is proceeding.

FIRE is a nonprofit educational foundation that unites civil rights and civil liberties leaders, scholars, journalists, and public intellectuals from across the political and ideological spectrum on behalf of individual rights, freedom of expression, academic freedom, due process, and freedom of conscience at our nation’s colleges and universities. FIRE’s efforts to preserve liberty on campuses across America can be viewed at thefire.org.