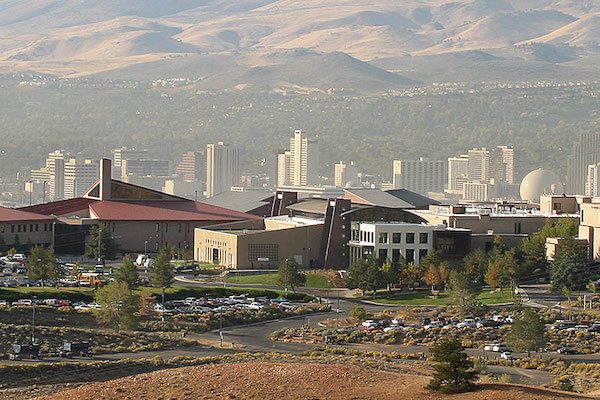 Truckee Meadows Community College in Reno, Nevada, will not be terminating math professor Lars Jensen in retaliation for his criticism of the institution’s academic standards. Jensen’s job at TMCC was threatened after administrators gave him two consecutive unsatisfactory annual reviews for alleged “insubordination” despite positive reviews from his department chair. But thanks to a letter from FIRE, and critical intervention by an attorney with the Nevada Faculty Alliance, TMCC’s president affirmed on Wednesday that Jensen will continue teaching at the college — rejecting the administrators’ efforts and the recommendation of a hearing officer.

The conflict between Jensen and TMCC stems from a professional development session held in September 2020. Jensen attempted to make verbal comments about what he viewed as diminished academic standards at TMCC used to prop up enrollment, but was prevented from speaking because the schedule called for a break period to begin. Instead of verbally delivering his comments, Jensen went back into his office, typed and printed out his comments, and distributed the handouts to his colleagues during the break. Julie Ellsworth, TMCC dean of the Life Sciences, Allied Health and Public Safety Division, asked Jensen not to pass out his fliers, but he continued to do so without interrupting the professional development session.

John Nolan, University of Nevada, Reno lecturer and State Legal Defense Coordinator for the Nevada Faculty Alliance, provided Jensen with excellent advocacy at his termination hearing, presenting a dozen witnesses, such as faculty and academic freedom expert John K. Wilson, to speak in support of Jensen. Despite this, the special hearing officer issued a decision supporting the two unsatisfactory reviews. However, a special review committee thereafter recommended that Jensen’s employment be continued, and TMCC President Karin Hilgersom accepted that recommendation on Nov. 24.

TMCC’s decision represents a significant victory for the First Amendment and academic freedom, but First Amendment rights shouldn’t depend on a reprieve from the college president.

College administrators cannot demand that faculty give up their First Amendment rights and then punish them for “insubordination” when they refuse. While Jensen did disobey the dean’s request that he stop distributing handouts critical of TMCC, that request was unconstitutional to begin with and violated Jensen’s First Amendment rights. Faculty have a right to comment on matters of public concern, even when doing so as part of their job duties. Jensen’s expression about the college’s curricular standards was a matter of public concern, and there was no evidence that Jensen was actually disruptive in any meaningful way.

TMCC’s decision represents a significant victory for the First Amendment and academic freedom, but First Amendment rights shouldn’t depend on a reprieve from the college president.