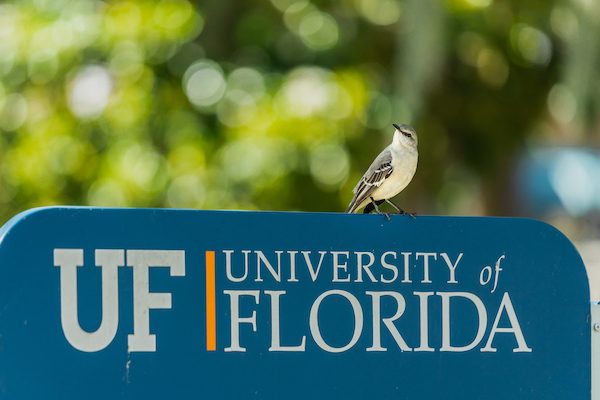 The University of Florida has backed down after a nationwide academic freedom furor over its ban on professors offering expert testimony against the state in a voting rights case. The New York Times broke the story late last Friday, arguing that the ban represented “an extraordinary limit on speech that raises questions of academic freedom and First Amendment rights.” In the intervening days, five other faculty members have come forward alleging the university had similarly limited their expressive rights.

UF’s president, Kent Fuchs, released a statement today agreeing to allow the three professors to testify and pledging to revisit the policies used to initially silence them:

Without prejudice regarding the task force recommendations, I have also asked UF’s Conflicts of Interest Office to reverse the decisions on recent requests by UF employees to serve as expert witnesses in litigation in which the state of Florida is a party and to approve the requests regardless of personal compensation, assuming the activity is on their own time without using university resources.

The development comes four days after FIRE sent a letter to UF warning that it is “unconstitutional . . . to interfere with or otherwise prohibit these professors from providing expert testimony in a trial involving a state law.”

FIRE wrote to UF Monday expressing our deep concern over reports that professors Daniel A. Smith, Michael McDonald, and Sharon Wright Austin — who collectively study political behavior, voting, and elections — would be barred from offering testimony “adverse to the university’s interests as a state of Florida institution.”

As we explained to UF, public university faculty have a First Amendment right to speak on matters of public concern, and that includes providing expert testimony — paid or unpaid — in court.

UF initially imposed a blanket ban on the professors’ testimony, and then backtracked, stating that the restriction was only on the faculty members taking work as paid experts.

From a civil liberties perspective, either limit is unconstitutional.

“Restricting faculty members from participating in a judicial proceeding as expert witnesses is a profound violation of their First Amendment rights and academic freedom,” FIRE wrote. We called on UF “to immediately reverse this decision and allow the professors to participate in the lawsuit as expert witnesses with or without compensation.”

Today’s reversal by UF represents a resounding victory for the First Amendment and academic freedom.

“FIRE is pleased to see the University of Florida reverse its indefensible denial of three professors’ requests to serve as expert witnesses in a voting rights lawsuit,” said Aaron Terr, author of FIRE’s letter and Program Officer in our Individual Rights Defense Program. “As we explained to UF, public university faculty have a First Amendment right to speak on matters of public concern, and that includes providing expert testimony — paid or unpaid — in court. As scholars, they also possess the academic freedom to share their research and knowledge for the common good.”

“FIRE looks forward to seeing the task force’s recommendation,” Terr added, “on how UF should handle future requests from faculty to serve as expert witnesses in state-involved litigation on their own time. UF must remember that the private speech of its public faculty does not lose constitutional protection simply because it may undermine the government’s case.”