FIRE > Newsdesk > Top Story > What should happen when a student paper receives a censorship demand? 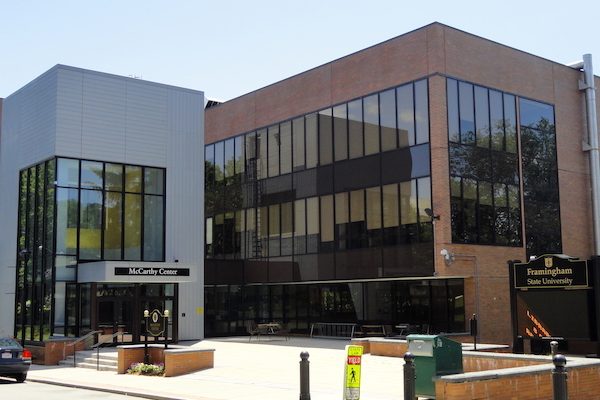 In an ideal world, the relationship between a university and student media should look something like this: The student newspaper is the watchdog that scrutinizes the words and actions of the university. The university, its officials, and its departments should have no say over the content produced by the publication. This is true even if the university supports the publication, such as by allocating student fees, by offering it technology and facilities resources, or by providing it with a faculty adviser.

But that isn’t always what happens.

Instead, attempts to meddle with the content of student reporting are shockingly common.

A recent situation at Framingham State University shows us the best case scenario.

The answer can be ‘No’

This attempted censorship story began in October 2020, when The Gatepost, Framingham’s student newspaper, published a front page story about the Pink Patch Project. The Pink Patch Project is a breast cancer awareness campaign hosted by the university’s police department. Included with the story was an image of an officer holding up a pink patch. In the image, the officer also wears a “blue lives matter” mask.

The Gatepost believes it cannot ignore history, even if that history offends some or many, and even if the Framingham community eventually looks back and recognizes that history as a mistake.

The Gatepost’s front page was not only seen throughout campus, but the newspaper also shared the page on Instagram.

Six months later, the co-chairs of Framingham’s Council for Diversity and Inclusion sent The Gatepost’s editors a message, asking that the Instagram post be removed.

“As the faculty, staff, and student co-chairs of the FSU Council for Diversity and Inclusion (CDI), we are writing to request that you take down an image on The Gatepost Instagram page, a photo of the front page of the The Gatepost issue dated October 16, 2020,” the email read.

The co-chairs argued that the blue lives matter mask worn by the officer “has been identified with groups that oppose #BlackLivesMatter.”

The newspaper received a similar request from the Framingham student government, which wrote to the publication saying it thought “it is in everyone’s best interest to take the photo down and issue a public apology.”

The publication refused both takedown requests.

“The role of journalists is to record and present all points of view in their community,” The Gatepost explained in response to the CDI co-chairs’ request. “The Gatepost does not make decisions about reporting and photography based on a preferred ideological framework. Rather it is our ethical responsibility to set aside our own biases and belief systems in order to be as objective as possible.”

In responding to the student government, the newspaper wrote, “By asking us to remove the photo of our issue which was published in October, you are requesting that we pretend that photo did not exist.”

In other words, as a news service, The Gatepost believes it cannot ignore history, even if that history offends some or many, and even if the Framingham community eventually looks back and recognizes that history as a mistake.

Now, to be clear, had The Gatepost editors agreed with the CDI co-chairs or student government and felt that the image should have been removed, such removal would have been within their editorial discretion. Student journalists retain the right not only to publish the content they see fit, but also to unpublish any content they feel no longer serves their goals. There are times at which, for example, journalistic ethics to “do no harm” may prompt a publication editor to unpublish certain content. But student journalists should never feel pressured by university officials — including student government officials —  to publish or unpublish any content.

“We protect and defend the First Amendment,” Framingham president F. Javier Cevallos said. “We will never support any kind of censorship of anything that the newspaper, or other organization, puts in print or digital form.”

In his response, Cevallos both recognized the concerns of the CDI co-chairs and recognized that those concerns cannot lead to censorship: “We have to understand that some of those conversations [about race] can indeed be painful. And, they are. And, those are difficult conversations that can elicit a lot of emotional responses, but they can never take over the legal aspects of the rights of newspapers.”

This situation ended well, with the newspaper sticking up for its own rights and the university ultimately backing those rights. And, as a bonus, the community has continued to have conversations about The Gatepost’s content, offering criticism as well as support.

This community dialogue is a good thing. It encapsulates what journalism should do: Cause us to think, to debate, and to understand. And university officials should not interfere with that process.