FIRE > Newsdesk > Top Story > Who really has free speech? The past and future of the First Amendment 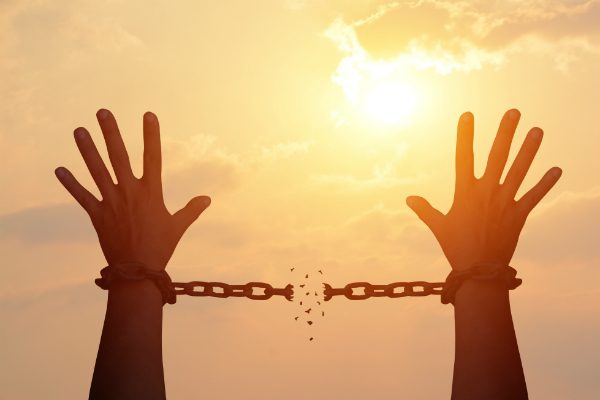 The First Amendment to the U.S. Constitution reads as follows:

Congress shall make no law respecting an establishment of religion, or prohibiting the free exercise thereof; or abridging the freedom of speech, or of the press; or the right of the people peaceably to assemble, and to petition the Government for a redress of grievances.

Even though this amendment vows to protect the civil liberties of all U.S. citizens, it was not intended for all people. At the time of the formation of this document, it was not created with the purpose of protecting someone like me, a black woman, or any black people who, at the time, were not even recognized as people, only as property.

As a black woman from Mississippi, a state with a long history of racial violence and suppression of free speech, I have always had to remain conscious of what I look like and how I am perceived by other people. I was taught to always be respectful, to say “Yes ma’am” and “No ma’am,” and to never say anything that could be perceived as having an “attitude.” Partly because of racial stereotypes, I had to always be happy or smiling; if not, I would be perceived as angry. One could think that maybe my family just wanted me to be ladylike or respectable. No. They wanted to ensure my well-being in the still segregated area we have lived in for years. Monitoring my words and actions proved to be a grueling daily task that not only forced me to come to terms with the pain suffered by those before me but also contributed to the self-policing of my own free speech simply because of my race.

I remember the first time I learned about the Constitution in elementary school. I recall thinking how amazing it was that our Founding Fathers created this document to “form a more perfect Union, establish Justice, insure domestic Tranquility, provide for the common defence, promote the general Welfare, and secure the Blessings of Liberty to ourselves and our Posterity … .” Although this may be true, I was internally conflicted when I also learned that the same leaders of this country who wrote about justice also owned black people as tools of labor. While it took time for me to process this major contradiction, I had to accept the tribulation that came from the realization that this document was not meant for me, my liberty, or my rights. I began to question who really gets the freedom of speech and expression in this country.

I attended a high school named after a well-known Confederate leader who owned over 100 slaves. I always desired to voice my pain that came from attending a school with that detrimental name, but I was terrified of the consequences and retaliation that I would be faced with by the citizens in my school district who “love” the Confederate history of the South. Every day, I walked the halls of a building that commemorated someone who would not even acknowledge my personhood if he were alive today, yet I feared that I could not say a word. With my upbringing, self-censorship because of my identity as a black woman had become a part of everything I did.

In retrospect, I wish I would have said something. Currently, I am a student at Harvard University, where I am taught by professors who encourage me to take ownership of my First Amendment rights regardless of its initial intentions. I am grateful for my experiences, because within them, my interest in connecting the role that race has on the policing of speech was born.

By taking classes that are related to my history, including those about laws and free speech, I have engaged with the passions and ideologies that black civil rights and feminist activists possessed before me. Notable figures like Martin Luther King, Jr., Malcolm X, Florynce Kennedy, and Ida B. Wells all knew that the First Amendment was not designed for them, but they took ownership of the First Amendment anyway and made it into a tool of their own. As a result of the influence from these free speech pioneers, my real founding fathers (and mothers) who dedicated their lives to this cause, I understand how imperative and significant it is for me assume my free speech rights while also educating those who can relate to my experiences.

With the knowledge I now have about the First Amendment and those who fought for minorities’ right to it, I realized the misdirection and miseducation that people suffer from concerning our constitutional rights. There are steps that must be taken to resolve the misconceptions surrounding freedom of speech:

These steps are crucial in moving towards the complete understanding of the First Amendment by citizens, specifically those of color. The policing and self-censorship of speech will continue to persist without the necessary actions to correct this issue. With my experience and education regarding free speech, the answer to the question of who really has free speech subsequently materialized.

The First Amendment belongs to everyone, regardless of intention.

Shakira Hall is a FIRE intern and a rising sophomore at Harvard University.