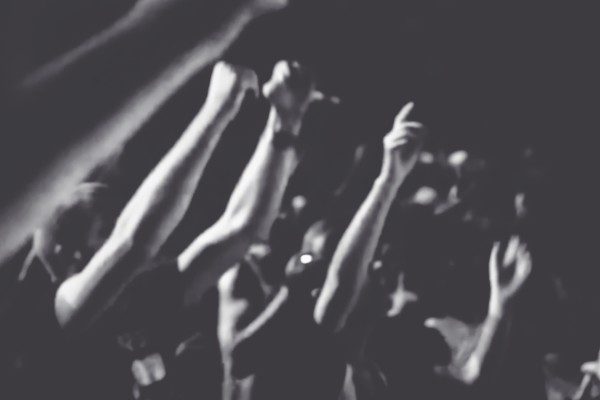 My first experience with protests didn’t come until my freshman year in college. As an eighteen-year-old, African-American woman, my first experience with petitions was when my peers at Vanderbilt University protested the removal of “Rand cookies.” Rand Hall is the epicenter of Vanderbilt — where we grab lunch, catch up with friends between classes and, of course, eat ginormous cookies the size of my outstretched hand. In the spring of 2018, Vanderbilt Dining called for the removal of these face-sized cookies in an effort to encourage a healthier campus climate, but was met with fierce and swift retribution in the form of endless petitions and complaints. Needless to say, when I returned to campus in the fall the cookies were back.

In the face of protests over the senseless killing of George Floyd by Minneapolis police on May 25, I naively expected my classmates’ fury to match that of when they lost their beloved midday treats. Here lies a cause that demanded both their attention and their privilege, yet neither the University nor many of my peers spoke out against the injustices their Black friends faced until solidarity statements and performative activism were the new norm. But the Black Lives Matter movement is not new, and what happened to George Floyd was the match that lit the powder keg. According to The New York Times, the 2020 Black Lives Matter movement is potentially the largest in U.S. history, with over 15 million people participating. Every state in America played host to dozens of grassroots protests, and everyone from celebrities to your next-door neighbor took to the streets in overwhelmingly peaceful protest. But the biggest question of all remains: Will one of history’s largest movements continue past this summer?

But, coupled with action? Petitions become powerful vehicles of change capable of sustaining a movement as far-reaching as Black Lives Matter.

Recently, I’ve been questioning the value of petitioning. I’d never heard of performative activism until Black Lives Matter was reignited, but since then the secret question in the back of my mind has been, “What are petitions really doing?” The power to petition for the “redress of grievances” became a formalized right with the First Amendment of the Constitution, but my inquiry is rooted in the ease of petitioning today. With a single tap you can digitally add your name to any petition on Change.org, transforming the laborious nature of door-to-door canvassing into something easier than Googling. One-click signing a petition that is usually addressed to no one in particular, and which doesn’t require the signer to think twice about what they are underwriting, is not effectively demanding justice for George Floyd, Ahmaud Arbery, Breonna Taylor, or the many other Black men and women unjustly murdered in America.

By themselves, these petitions do nothing.

But, coupled with action? Petitions become powerful vehicles of change capable of sustaining a movement as far-reaching as Black Lives Matter. Simply adding your name to an online petition is not enough to call yourself an ally, an activist, or a champion of equality, because the right to petition public entities comes with the moral responsibility of doing more than just checking “virtual redress of grievances” off of your performative activism bingo card. Attending town hall meetings, calling and emailing your representatives, and boycotting offending businesses are all active forms of petitioning that bulldoze past performativity.

Dare your peers to take it one step further and educate themselves, too, because it is our duty to hold our friends and family accountable, as well. As recorded in the 2018 U.S. Census, over 90% of Americans age 25 or older have at least a high school diploma — the U.S. population is more educated than ever before. Meaning, educating oneself on the history of racial injustice in our country is easier than ever before. We would be remiss if we failed to recognize that the right to free speech also calls for listening and learning, not just talking and chanting.

To answer my own question, I do believe that the Black Lives Matter movement will continue past this summer. When I return to campus in the fall, I expect the Rand cookies to still be there. Despite the coronavirus pandemic potentially causing trillions of dollars of damage worldwide, and forcing a housing crisis and to-go meals at Vanderbilt, I don’t expect that the university will have taken away my classmates’ favorite dessert. Vanderbilt University will likely never again get rid of the cookies its students died to have — except they didn’t die to have them — but its social justice efforts are not guaranteed to last as long. In the wake of this summer of relentless racial violence, however, I do expect my peers to make a change. My hope is that they return to campus having realized the enormity of the impact they can have on the Black Lives Matter movement — or any cause — not just within the Vanderbubble, but in the lives of everyone they surround themselves with. Because while they were invoking their First Amendment rights to peacefully protest and petition for the return of cookies, Black people were, and still are, protesting for their lives.

Taylor Grant is a rising junior at Vanderbilt University and a FIRE Summer Intern.