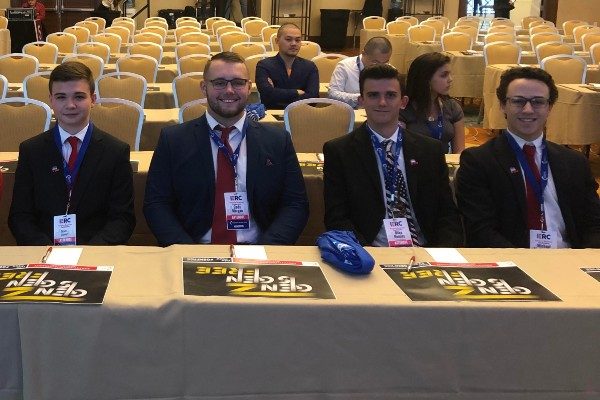 Today, the Foundation for Individual Rights in Education is publicly calling on university leadership to defend students’ right to form political groups free from political discrimination. FIRE wrote to the administration on Wednesday to say the university must respect its students’ ability to hold viewpoints that members of the student government may deem unpopular.

“I find it unfortunate that our group of bright-minded students was treated with such bias by our own student government,” said student Noah Kraft, prospective treasurer of the group. “While our goals on campus were to promote political activism, engage in friendly discussion, and even participate in community service, it was made clear that our voices have been silenced.”

The students, who wanted to form a university chapter of Turning Point USA, faced an uphill battle from the start. In response to a social media post about the formation of the group, the student government president indicated that the student government may evaluate a prospective group and determine “yikes, nope, denied.” He further implied that if TPUSA Scranton received enough student government support to become an official student organization, he would have the ability to unilaterally veto that vote.

“It is irrelevant whether the threshold vote required is a simple or a two-thirds majority,” wrote FIRE attorney Katlyn Patton in a letter to the university administration. “The two-thirds majority requirement simply allows a smaller faction to refuse rights based on viewpoint. In either event, the result is impermissible at an institution that promises its students freedom of expression.”

“Becoming a recognized student group at the University of Scranton should not be a popularity contest,” said Patton. “The rejection of TPUSA Scranton after several hours of discussion and a secret meeting is a clear result of viewpoint discrimination — and FIRE will defend all students, regardless of political ideology, who want to express their views by forming a student organization.”

FIRE first wrote to President Scott R. Pilarz on Nov. 13, calling on the administration to recognize the student group and ensure that its institutional promises are enforced in a viewpoint-neutral manner.

“It’s a shame that the University of Scranton’s administration has failed to recognize that some members of our student Senate have abandoned the idea of representing the interests of their constituents,” said Cody Morgan, prospective president of TPUSA Scranton. “Instead, they used the power of their office to push their own political agendas and ideologies, which are in no way reflective of the majority of the student body, to suppress the voices and ideas of students who share opposing viewpoints.”

FIRE will continue to monitor the situation and use all the resources at its disposal to ensure a just outcome.