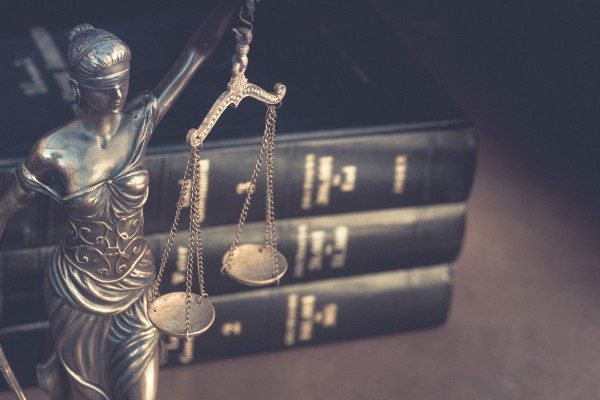 On Sunday, Judge John G. Koeltl of the United States District Court for the Southern District of New York denied a motion for preliminary injunction made by New York State to preliminarily enjoin the U.S. Department of Education’s new Title IX rules. (FIRE filed a motion to intervene in this case, which was denied. That decision is currently on appeal, but in the meantime, FIRE filed an amicus brief in the case.)

Addressing a claim that New York brought alleging that the Department of Education failed to justify its rule about sexual harassment, Judge Koeltl wrote, “[T]he Rule’s alignment with the Supreme Court definition [set forth in Davis v. Monroe County Board of Education] in the context of monetary liability in a private damages lawsuit does not show a clear error in judgment.” He further noted:

Ultimately, the DOE reasoned that using the “severe, pervasive, and objectively offensive” standard “helps ensure that Title IX is enforced consistent with the First Amendment,” while quid pro quo harassment and sex offenses under the Clery Act and the VAWA do not face any limitation as to severity, pervasiveness, or denial of equal access “because prohibiting such conduct presents no First Amendment concerns and such serious misconduct causes denial of equal educational access.” Thus, quid pro quo harassment and Clery Act and VAWA offenses are considered per se actionable sexual harassment, while the “‘catch-all’ Davis formulation that covers purely verbal harassment also requires a level of severity, pervasiveness, and objective offensiveness.” The DOE has articulated a rational connection between the facts found and why the DOE chose to define sexual harassment as it did; the DOE’s action does not reflect an implausible reading of the concerns with which it was presented.

New York argued that the new regulation improperly uses a weaker standard for harassment in the Title IX context than in the Title VI context. While Title IX is about discrimination based on sex, Title VI covers race, color, and national origin. Judge Koeltl noted that New York cited “to no case law that requires the agency to promulgate identical rules to implement the provisions of Title IX, Title VI, and Section 504.”

New York argued that the Department of Education’s new rules were “arbitrary and capricious” and as such should be set aside by the court. However, Judge Koeltl’s opinion found:

Despite the Rule’s changes to the previous guidance that the DOE has promulgated since 1997, the plaintiffs have failed to show that the DOE’s reasoning underlying the Rule lacks rational connection to the interests articulated by the agency or exhibited a clear error in judgment. While the plaintiffs disagree with the choices made by the DOE, they have failed to show that those decisions were arbitrary or capricious.

This opinion helps clear the first legal hurdle that the new Title IX regulations have faced. We are pleased that Judge Koeltl correctly decided that the Department of Education’s Title IX regulations were not arbitrary and capricious. In fact, FIRE believes the regulations are critical to ensuring that free speech and due process rights are protected at our institutions of higher education. We will keep readers updated on future developments in this and the other cases challenging the validity of the new Title IX rules.