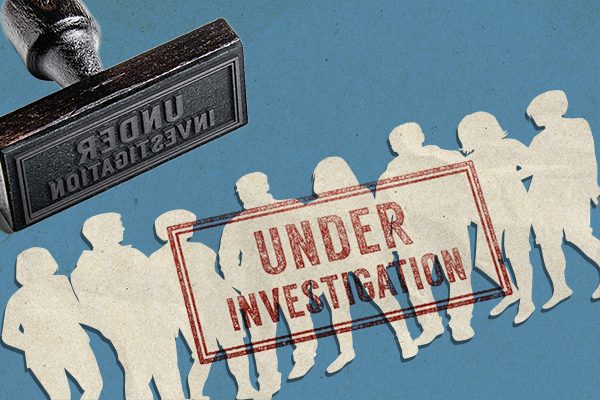 Washington, D.C., June 24, 2022 — Eight law students at American University are under investigation for participating in a heated back-and-forth following the leak of the Dobbs v. Jackson draft opinion, after another student said their pro-choice commentary harassed and discriminated against him based on his religious, pro-life beliefs.

“This is absurd. There’s nothing even approaching harassment or discrimination in the chat,” said Alex Morey, an attorney at the Foundation for Individual Rights and Expression. “American cannot let its process for investigating actual discrimination and harassment be weaponized to investigate students’ opinions, but that’s exactly what’s happening here.”

On May 2, in their class section’s GroupMe chat, students criticized the leaked Supreme Court opinion and discussed options to protest and donate money to abortion advocacy groups.

One student, who later filed the harassment complaint, wrote that, “as a Republican, I find it insulting that conservatives would be thought of as overturning people’s civil rights…”

Another student responded with: “Can we shut the fuck up about personal opinions while people process this?”

Everyone is entitled to their opinion and you all are more than welcome to protest. I find it interesting how the call to silence our personal opinions happens after I defended my deeply-held religious beliefs and yet nobody has mentioned that same sentiment about the pro-abortion posts. I was raised to stand up for my values, so baseless claims that abortion bans are “class warfare” is deeply offensive to both me and my Greek Orthodox faith.

The other students didn’t mention the complainant’s faith, and continued discussing protests and blaming conservatives for the impending Roe v. Wade reversal.

The eight accused students received a notice from American’s Office of Equity & Title IX on May 25 saying they were under investigation for “harassing and threatening messages” that “unreasonably interfered with [the complainant’s] educational experience.”

Daniel Brezina, one of the accused law students, said the investigation has made students like him fearful of discussing anything remotely controversial.

“I can’t believe American is investigating us for having a frank discussion about abortion access,” Brezina said. “This is going to have a massive chilling effect on honest discussions at the school. What good could possibly come of that?”

American is investigating the students under the university’s sweepingly broad “non-Title IX harassment” policy, which bans all speech and conduct that subjectively “offends.”

FIRE has repeatedly warned American that its policies are ripe for abuse. The school earns FIRE’s “yellow light” rating, denoting maintenance of policies “that too easily encourag[e] administrative abuse and arbitrary application.” The consequences of maintaining such policies are on full display here: One student’s subjective offense to a conversation provided grounds for a formal university investigation.

Investigations into clearly protected speech, even ones that don’t result in further punishment, create a chilling effect among students — a punishment in itself.

“Of all people, law students have to be able to engage in heated debates about momentous constitutional questions and rulings without fearing they’ll be accused of ‘harassment’ by classmates,” said Morey. “This is a heated political discussion, not discriminatory harassment warranting a discplinary investigation. American should never have legitimized this retaliatory complaint with an investigation. It’s a total disgrace.”

Tell American to drop its investigation