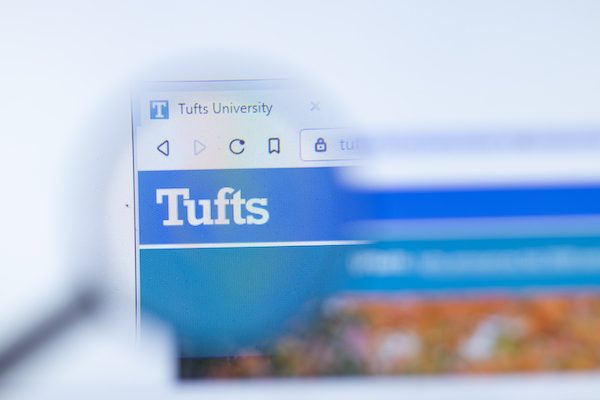 “Free speech zones,” “injurious and harmful” language, “hate speech”: To free speech advocates, these terms are often associated with restrictive speech policies put into place by college administrations, including at my own campus, Tufts University.

As a rising sophomore at Tufts, I am already familiar with policies that suppress student expression. Thinking these policies were a product of our time, I was surprised to discover that the same ideas had not only been around for a while, but that Tufts itself had a reckoning with them more than 30 years ago.

In 1989, The New York Times covered a protest at Tufts during which a group called the Free Speech Movement objected to a new policy that restricted speech in certain areas of campus (similar to the “free speech zones” we see at too many colleges today). Inspired by a previous generation of students’ pushback against the same troubling issues of today, I decided to reach out to author and “recovering” hedge fund manager James Ellman, one of the founding members of the Free Speech Movement. I was delighted when he agreed to an interview.

We talked about the chain of events at Tufts that led to the 1989 protest. According to Ellman, the dean enacted “a free speech policy which divided the school into three different zones of free speech: the most-free area, the less-free area, and the most-restricted area.” Ellman, then a writer for the now defunct Tufts conservative newspaper, The Primary Source, was galvanized by this policy to spearhead the creation of the Free Speech Movement organization at Tufts.

“Dogma changes every few years, it tends to move. At some point, the pendulum will start to swing the other way.”

At first, the events Ellman described paralleled modern-day campus activity. An administration makes a policy or takes an action that attempts to limit student speech, and a student group rises up in protest. In this case, students from the Free Speech Movement literally drew chalk lines labeling each speech zone on campus and put up signs at the borders of the zones — similar to the Checkpoint Charlie signs that divided Berlin. This isn’t so different from what a campus protest might look like today — visual, in-your-face, kind of funny.

But then Ellman surprised me. When I asked him who was part of the group, he told me that it wasn’t just conservative students associated with Primary Source, but also members of the Tufts Democratic Socialists. Political polar-opposites working together! But, of course, it made sense, once Ellman explained it: The two groups “didn’t agree on very much, but they actually were willing to agree that we probably shouldn’t have different free speech zones.” Limiting speech might start with the speech of people with whom you disagree, but it never ends there. It’s a very short, very slippery slope to limiting any speech that rubs anyone the wrong way. We should all — left, right, and center — realize this.

My favorite part of the story is what happened next.

“I didn’t fight the Nazis to run a no-free-speech campus.”

It turns out Jean Mayer, Tufts’s president at the time, was traveling and was totally unaware of the policy the dean had put in place. But the protest was powerful enough to receive coverage from The New York Times — and Mayer repealed the policy the very next day. According to Ellman, President Mayer, a decorated officer in the Free French Forces during World War II, said, “I didn’t fight the Nazis to run a no-free-speech campus.”

First, public, visible student action remains an excellent tool for making change. Speech-restrictive policies often come from people with good intentions. In the case of speech policies, administrators likely imagine that they are responding to student demands for “protection” and “safety.” But students who don’t see the world this way — who value freedom of speech and are disturbed by censorship — must be willing to vocalize it. When they do, it can have a powerful impact.

If we allow colleges to censor some speech, we give them the green light to censor all speech.

Second, the most powerful type of student action is bipartisan. In 1989, the Tufts conservative newspaper and democratic socialists were able to hold a joint protest. This is the ideological equivalent of today’s Trump supporters and Bernie supporters protesting a campus policy that prevents the censorship of their opponents. To me, a compromise like that seems unlikely in today’s political climate, which marks a concerning shift in culture. In the past, free speech protest was spearheaded by people across the political spectrum.

Students today should understand the danger that censorship of any kind presents. Even if the prevailing campus culture works against particular political groups today, as Ellman said, “dogma changes every few years, it tends to move. At some point, the pendulum will start to swing the other way.”

If we allow colleges to censor some speech, we give them the green light to censor all speech. The Tufts students of 1989 understood that, so even the most ideologically opposed among them were able to protest under the same banner.

As Ellman put it, “Once you start freezing and shutting down speech in one issue, it tends to cause a chilling environment across almost all issues.”

Sam Ben-Ur is a rising sophomore at Tufts University and a FIRE Summer Intern.