FIRE has inducted three new members into its exclusive Prometheus Society: a group of exceptional students who have demonstrated remarkable dedication to advocacy complementing FIRE’s mission to protect free expression and due process in higher education. This year’s inductees, announced at the 2017 FIRE Student Network summer conference in July, are Matthew Foldi of the University of Chicago, Natalie Bao Tram Le of Harvard University, and Brittany Wilson of the University of North Carolina at Charlotte. 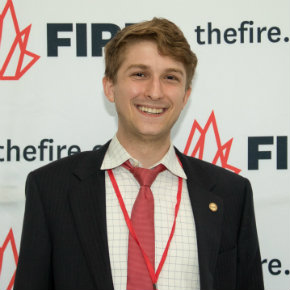 Foldi worked with FIRE to draft a resolution asking the student government at the University of Chicago to condemn the shutting down of Palestinian human rights activist Bassem Eid’s event (as well as another event with Anita Alvarez). Foldi worked with the University of Chicago community — Professor Geoffrey Stone, in particular — and received the support of almost 50 professors and hundreds of students of all ideologies, interests, and backgrounds. Despite his hard work, the resolution was tabled indefinitely; but Foldi was not deterred. At the behest of UChicago Dean of Students John Ellison, he organized a student-run conference on free speech, inviting students from around the country to join him in Chicago for a discussion featuring Dean Ellison, David Axelrod, and professors Geoffrey Stone and Randy Picker. The output of the conference was a Statement of Principles, which has been signed by more than 1000 students and faculty from around the world. 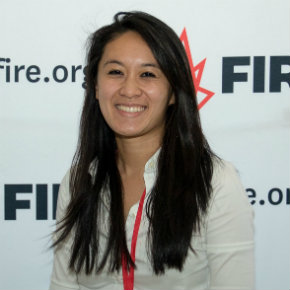 Le initiated several events, such as the free speech wall and petition signing, at the College of Charleston in an effort to urge administrators to reform their speech codes. In addition, she wrote commentaries including the piece “College of Charleston President Won’t Tolerate Hate Speech” about her efforts to push the College to change their policies. Her pieces caught the attention of the school’s administrators, and now the Dean of Students is working with the Student Code of Conduct Committee to amend the school’s speech codes. Upon entering Harvard in the spring, Natalie wrote two op-eds — “Harvard Is No Friend of Free Speech” and “I’m a Female Minority Student at Harvard, and I Don’t Agree with PC Culture” — that were published in The Harvard Crimson and put a spotlight on Harvard’s speech codes and its culture of censorship. 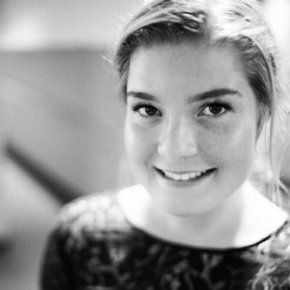 Wilson took a leadership role in organizing and facilitating one of the largest student-led free speech events in the country at the University of North Carolina at Charlotte. The event consisted of seven free speech balls, the collection of over 1,000 student signatures in support of free speech, and a documentary screening and discussion, which drew the attention of more than 100 students and the media. Additionally, as the North and South Carolina State Chair for Young Americans for Liberty, Brittany has worked to empower students to foster debate about free speech at their schools, including at the University of South Carolina, which is currently facing a legal challenge to their speech codes through FIRE’s Stand Up For Speech Litigation Project.

Students selected to join the Prometheus Society receive various perks and privileges throughout the year in recognition of their work defending student rights. Among other honors, Prometheus Society members are invited on an all-expenses-paid trip to Philadelphia to meet with FIRE staff before the annual FSN Summer Conference and are invited to travel to exclusive FIRE events throughout the year.

In the coming days, stay tuned to FIRE’s Newsdesk for in-depth profiles of the 2017 Prometheus Society inductees. In the meantime, please join FIRE in congratulating the newest members of FIRE’s Prometheus Society.

If you know someone who deserves consideration for FIRE’s Prometheus Society, let us know. Contact students@thefire.org.