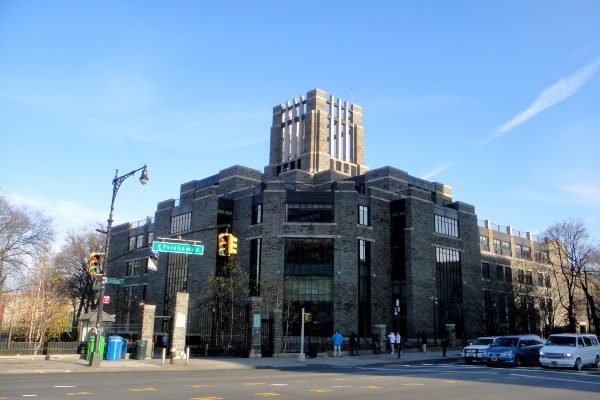 Exactly four years to the day after Fordham University first denied recognition to a chapter of Students for Justice in Palestine because of fears that the group’s presence could lead to “polarization,” a New York state appellate court found that Fordham was within its rights, overturning a trial court decision in favor of the students.

The five-justice panel of the Supreme Court of the State of New York Appellate Division, First Department found that the case was moot because the students who originally formed the chapter had graduated — and even if they had not graduated, the panel opined, Fordham had acted in an exercise of its “honest discretion.”

FIRE — joined by the National Coalition Against Censorship and PEN America — filed an amicus brief in July in support of the students, who could file an appeal of this decision to the state’s highest court, the Court of Appeals. We are deeply disappointed with the ruling.

How we got here

This story really begins in July of 2015, when four Fordham students (including Ahmad Awad, whose name would eventually appear first on the case) asked Fordham’s Office of Student Leadership how to start a chapter of Students for Justice in Palestine. It would take a year of meetings, advocacy, and planning for the club to finally be approved by Fordham’s United Student Government on Nov. 17, 2016. Then, on Dec. 22, 2016, Dean of Students Keith Eldredge reversed the USG’s decision, writing that he could not “support an organization whose sole purpose is advocating political goals of a specific group[.]”

Fordham’s refusal to recognize the SJP chapter violated both procedural and substantive promises to protect the expressive rights of Fordham students.

In January 2017, FIRE and the National Coalition Against Censorship wrote to Eldredge, pointing out that Fordham had a number of student groups that were political in nature, or advocated for a political outcome, and that to the extent SJP was being singled out, it was for its specific political viewpoint. In a separate letter, also in January 2017, Palestine Legal pointed out a second flaw in Fordham’s decision: The process for approval that had been provided to SJP did not include a review by the Dean of Students after USG approval. Fordham had deviated from its process to deny students an opportunity based on their viewpoint, in violation of the promises it made in its student handbook. As a result, its refusal to recognize the SJP chapter violated both procedural and substantive promises to protect the expressive rights of Fordham students.

In New York, Article 78 of the New York Civil Practice Law and Rules — or just Article 78, for short — permits students to challenge decisions at private schools that are “arbitrary and capricious” or “made in violation of lawful procedure.” A decision is arbitrary and capricious when it is made “without sound basis in fact.” A violation of lawful procedure includes when a private university “fails to abide by its own rules.”

So while Fordham is a private university and is free to set its own standards of speech and conduct, it can be held to the standards it sets. In most states across the country, this is viewed as a matter of contract law: the school policies are the terms of the contract, and a unilateral change in those terms is a breach of the contract. In New York, Article 78 tries to achieve a similar end  — fundamental fairness — through a different legal structure.

In April of 2017, with Palestine Legal’s help, Awad filed an Article 78 lawsuit against Fordham.

Awad’s argument was straightforward: Fordham’s actions were prohibited by Article 78 because they were without a sound basis in fact, and because Fordham did not abide by its own procedure.

Fordham’s determination that SJP could not be funded due to its political nature was arguably without a sound basis in fact because Fordham funded a number of political clubs. And Fordham’s after-the-fact discovery of a different approval procedure functionally meant it did not abide by its own rules — at least, the ones it had given to SJP and had purported to follow from at least July 2015 until December of 2016.

Since there is nothing in the record of Dean Eldredge’s determination supporting his authority to reject an application of a student club because it criticized the policies of  only one nation, the determination must be annulled as arbitrary and capricious. … [I]t must be concluded that his disapproval of SJP was made in large part because the subject of SJP’s criticism is the State of Israel, rather than some other nation, in spite of the fact that SJP advocates only legal, nonviolent tactics aimed at changing Israel’s policies.

Fordham appealed, leading to today’s decision from the First Department.

The First Department’s ruling, which is three pages long, advances two arguments for the reversal, one substantive and one procedural.

The substantive argument is, in short, that the appellate court flatly disagrees with the trial court, and states its conclusion that Fordham “followed its approval procedure” without referencing either the record or the trial opinion, either of which included two mutually exclusive procedures promulgated by Fordham.

How, at a four-year institution, a four-year long appellate process will avoid resulting in a matter “evading review” the next time is not explained in the court’s rationale.

To the extent that Fordham followed whichever version of the procedure it felt like following at the moment, perhaps the appellate court’s ruling might make sense. But if Article 78’s purpose is to ensure the “essential fairness in the somewhat one-sided relationship between the institution and the individual,” it is hard to see how that fairness is achieved by permitting a university to publish multiple procedures for club approval, then follow whichever one it feels like, whenever it feels like, in order to undermine the expressive rights of students, whose bargaining power in negotiating those terms is decidedly lopsided.

The procedural argument is that the students lacked standing because they have since graduated, and the request to amend the petition to add a new student was denied because that student wasn’t at Fordham in December 2016, when the club was denied. Standing includes the legal concept of redressability — in other words, the person bringing a case has to be in a position where they can actually be helped by the outcome.

An exception to normal standing rules, however, is what they call “capable of repetition but evading review.” The appellate court offers an unsatisfying explanation of its ruling:

Given that the original petitioners have all graduated, their claims have become moot, inasmuch the relief they sought is no longer available to them ([citations omitted]). Given that students currently enrolled in the respondent university’s undergraduate program may file an application for recognition of a similar club at any time, this is not a matter likely to evade judicial review.

As a reminder, this ruling came four years to the day after the Dean informed SJP they could not be a club, and over five years since the club process started. The court’s observation that new students could file an application means the problem is “capable of repetition.” How, at a four-year institution, a four-year long appellate process will avoid resulting in a matter “evading review” the next time is not explained in the court’s rationale.

Given the brevity of the First Department’s decision and its failure to substantively engage with the trial court’s reasoning, today’s ruling is deeply disappointing. The students have 30 days to file an appeal with New York’s highest court. We will update you when we know more, and will have more to say on the court’s opinion, which gives private institutions in New York carte blanche to break their promises to students.

Update (December 23, 2020): Per a statement issued by Palestine Legal and the Center for Constitutional Rights, the students plan to appeal to New York’s highest court.

You can read the full ruling below:


Disclosure: A long, long time ago, the author attended Fordham College at Lincoln Center and Fordham University School of Law.