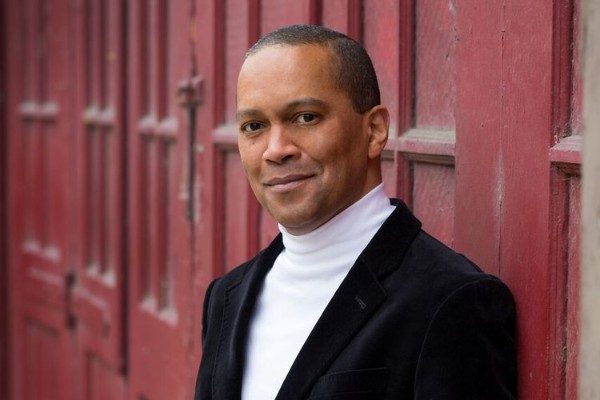 In a mid-April article for The Federalist, DePaul University professor Jason Hill argued for Israel’s “right to annex all of the West Bank.” In doing so, he referred to Palestinian culture as “abysmally inferior and regressive” and suggested, among other things, that Palestinians should be stripped of their right to vote.

Many students and faculty at DePaul were deeply offended by Hill’s column and, in response, started a Change.org petition calling on DePaul to “censure” Hill, asserting that his “rhetoric” stands in “direct opposition” to DePaul’s commitment “to uphold the Vincentian values of social justice, service, and community.”

In addition to the unofficial petition, the Faculty Council at DePaul drafted a formal resolution concerning Hill’s article. The proposed resolution was confusing and self-contradictory: It simultaneously affirmed DePaul professors’ academic freedom, including the right to express controversial viewpoints, but also called Hill’s article an “abuse of his academic freedom” and urged him to “refrain from abusing his freedom as a scholar in writing on controversial issues in the future.” On Wednesday, DePaul’s student newspaper The DePaulia tweeted that the faculty passed the resolution, albeit with amendments:

The Faculty Council passed a resolution condemning professor Jason Hill today by a vote of 21-10-0 with amendments. Watch out for the full story Friday with the updated resolution’s text at https://t.co/1aMqC65DfO. https://t.co/QfkhyZkYQY

FIRE is working to obtain a copy of the amended resolution, which The DePaulia tweeted it will publish in full later today.

Some media coverage of this controversy has suggested that the backlash against Hill’s piece constitutes censorship. For example, in an interview with Fox News’ Tucker Carlson during Wednesday’s “Campus Craziness” segment, Hill defended his views, alongside the network’s all-caps graphic: “FREE SPEECH SHUT DOWN YET AGAIN ON CAMPUS.” Hill also told Inside Higher Ed that he believed the Change.org petition “violates my academic freedom.”

With regard to the Change.org petition, this is unequivocally not the case — the right to free speech includes the right to demand that others be penalized for exercising their right to free speech. As FIRE said in our recent Statement on Student Protests and Demands, “Students are free to call for censorship of views they do not share and the punishment of those who hold those views. If students peacefully calling for censorship were to be threatened with official punishment for doing so, FIRE would defend their rights to free expression.”

The Faculty Council resolution, on the other hand, warrants further evaluation and monitoring. Assuming what was actually passed is substantially similar to what was under consideration, it likewise does not constitute censorship, but does raise some serious concerns coming from an official organ of the university.

While Faculty Council President Scott Paeth told The DePaulia that the resolution’s intent was to express support for Hill’s right to speak while condemning his views (which would be entirely acceptable), the actual text of the resolution at least partially belies that statement. The resolution does indeed affirm the right to academic freedom, but it also calls Hill’s article an “abuse of his academic freedom,” which suggests (incorrectly) that it falls outside the scope of protection. Moreover, the resolution not only condemns Hill but also urges him “to refrain from abusing his freedom as a scholar in writing on controversial issues in the future” — a statement that suggests that a stronger response might be forthcoming should Hill write another, similar article.

Coming from “the primary body through which faculty share in the governance of DePaul,” this allegation of abuse based on protected speech, combined with the admonition to refrain from future abuses, could have a problematic chilling effect on faculty’s willingness to opine on controversial issues.

So far, the DePaul administration itself has remained on the right side of this controversy by allowing the protests against Hill to unfold while also standing behind Hill’s right “to express a provocative position.” This is the right and necessary course: Hill’s extramural speech is protected expression on a matter of public concern, as are the protests against him. The university’s position is also something of a welcome development, given that DePaul has been for many years one of FIRE’s worst schools for free speech — it even earned FIRE’s first “Lifetime Censorship” award for its decade-long rap sheet of censorship spanning the ideological spectrum.

FIRE will be monitoring the situation to ensure that DePaul continues to uphold the free speech rights of those on all sides of this controversy.