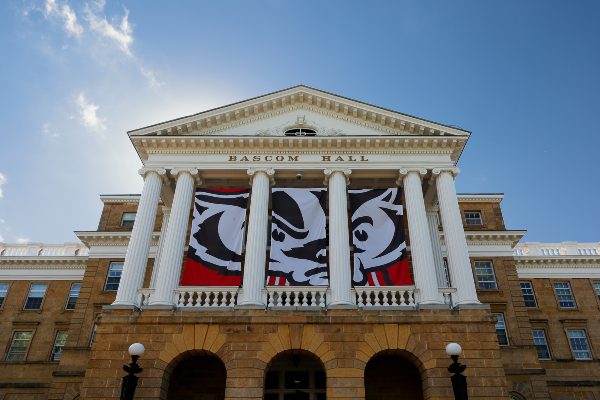 Last summer, college leaders faced the unenviable task of planning an academic year in the middle of a pandemic. Leaders at public institutions in the Big Ten — an athletic conference host to several of the country’s largest public universities — used these weighty challenges as a green light to operate in the dark, shifting their communications to alternative channels for the purpose of avoiding public records laws.

As reported by The Washington Post, leaders in the Big Ten — including college presidents, chancellors, and athletic directors — frequently used a secure channel called “The Big Ten portal” to communicate about pandemic issues, including return-to-school plans and the prospect of hosting a football season. The problem? This channel is hosted on third-party software and operated by the conference office. As a result, several of the universities’ leaders appear to have believed — mistakenly — that their communications on this platform were exempt from open-records laws.

Open-records laws exist for a reason. They ensure that public institutions — and, in particular, their senior leaders — are subject to scrutiny from the taxpayers who fund them.

Emails obtained by the Post through public records requests demonstrate as much. For instance, in an August email chain with University of Michigan President Mark Schlissel, University of Wisconsin Chancellor Rebecca Blank suggested communicating through the Big Ten portal in order to “assure confidentiality.” Schlissel told his colleagues the next day that he was moving the conversation “to [the] secure Boardvantage web site we use for league materials.”

On another occasion, Blank warned Schlissel and other conference leaders that “anything that arrives in or is sent from my email can be requested as a public record.” University of Nebraska Chancellor Ronnie Green responded that he “share[s] that same concern,” while Schlissel asked Blank, “if you simply delete emails after sending, does that relieve you of FOIA obligations? I share your concern of course.” After Blank told Schlissel that her deleted emails remain subject to public disclosure requirements, Schlissel called this fact “really interesting and difficult.”

At one point, UW received a request from a media outlet for Blank’s “briefing materials and notes related to meetings this past summer among the conference’s presidents and chancellors.” Dianna Klein, assistant to Chancellor Blank, discovered that Blank received several emails with links to the Big Ten portal. Lisa Hull, UW’s public records custodian, asked Blank if she had saved copies of these materials, to which Blank responded:

“If anybody suggests that documents on a Big 10 secure site can be accessed through WI public records law, please let me know immediately. This is incorrect. These documents are not in my possession.”

Blank was later informed that the university replied to the outlet’s request by saying that they had no responsive records to share. This was not an isolated occurrence. The Post reports that open-records requests to several schools for information housed on this platform were denied.

Of course, while state laws vary, the idea that simply moving communications to the Big Ten Portal exempts public officials from open-records laws is dubious at best. As explained to The Post by David Cuillier, an associate professor of journalism at the University of Arizona who has testified before Congress regarding the Freedom of Information Act:

“The courts have generally come down on the idea that if it’s a public official communicating public business, then those communications would be subject to the law [. . .] [a]nd none of these workarounds to hide from the public are going to hold water.”

Open-records laws exist for a reason. They ensure that public institutions — and, in particular, their senior leaders — are subject to scrutiny from the taxpayers who fund them. That public colleges are so often resistant to open-records requests is itself troubling, but this is true to an even greater extent when the decisions in question involve potentially widespread public health effects. Colleges and universities violate their duties to students and faculty when they work to conceal information from the public. Institutions of higher education should be transparent about their administrative decisions and how they arrive at them, particularly when those decisions impact the health of thousands of students and faculty, as was the case last summer.

Big Ten schools are not alone among America’s colleges in seeking to shield pandemic-related information from public view. Last March, the New York University Grossman School of Medicine and NYU Langone Health prohibited faculty from speaking with the media about COVID‑19 without prior approval from the Office of Communications and Marketing. Collin College’s administration directed that three professors be dismissed when their contracts expire for, among other accusations, criticizing the college’s handling of COVID‑19. Additionally, FIRE has reported on several cases of universities forbidding student resident assistants from speaking with the press.

I regret the language I used in my email exchange with other Big Ten chancellors, which appears as though I intended to use the Big Ten board portal to skirt my public records responsibilities. This was surely not my intention and I apologize for that appearance.

Regardless of Blank’s intent, the effect of her decision, and that of other Big Ten leaders, remains the same. Important communications regarding how schools crafted their reopening plans, and how the conference decided to cancel its fall football season before later going back on this decision, remain largely beyond public view. Moving forward, Big Ten schools must comply with open-records laws and ensure that all communications hosted on the conference portal are available for public release.