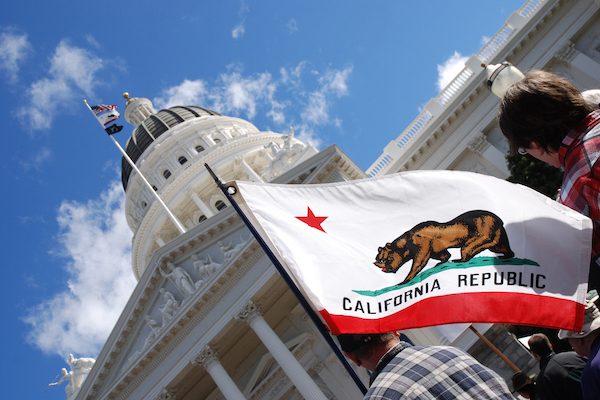 A bill is currently making its way through the California state legislature that would further entrench the state’s unconstitutional definition of sexual harassment in institutions of higher education.

Assembly Bill 2683 requires colleges to train students on “sexual harassment” using a definition that conflicts with precedent established by the Supreme Court of the United States and the Department of Education’s Title IX regulations. The definition applies to student expression that falls short of the constitutional standard for harassment — that is, it encompasses speech protected by the First Amendment. In doing so, the bill threatens students’ free speech. California legislators must take this opportunity to revise the definition and protect free expression on campus.

In Davis v. Monroe County Board of Education, the Court determined that peer-on-peer sexual harassment in the educational context is targeted, discriminatory conduct “that is so severe, pervasive, and objectively offensive, and that so undermines and detracts from the victims’ educational experience, that the victim-students are effectively denied equal access to an institution’s resources and opportunities.”

University policies that do not meet this standard have been deemed unconstitutional by many courts.

[U]nwelcome sexual advances, requests for sexual favors, and other verbal, visual, or physical conduct of a sexual nature, made by someone from or in the work or educational setting, under any of the following conditions:

(c) The conduct has the purpose or effect of having a negative impact upon the individual’s work or academic performance, or of creating an intimidating, hostile, or offensive work or educational environment.

This definition is unconstitutionally overbroad because “verbal, visual . . . conduct” covers a wide range of otherwise protected expression. Under this definition, a single unwanted request for a date, a joke, and even discussions of serious sexual topics in class another student might find unpleasant or disagreeable, can be deemed “sexual harassment.”

The simplistic formulation ignores most of the prongs of Davis and is too vague and overbroad to be constitutional or useful. It does not even require that the expression in question be objectively offensive to a reasonable person, making determinations of  violations entirely subjective — meaning the mere act of taking offense, however unreasonably, can result in disciplinary action taken against the person who is perceived to have caused offense. The definition captures a huge amount of protected speech and, if used by campuses to define “sexual harassment,” would give those on campus no notice about what behavior is prohibited, as the term is entirely based on the subjective view of the listener.

Broad definitions of sexual harassment leave students uncertain of what they may and may not say.

Additionally, the “purpose or effect” prong is inappropriate in the educational context. In DeJohn v. Temple University, the United States Court of Appeals for the Third Circuit invalidated the university’s sexual harassment as unconstitutionally overbroad, and found that language banning conduct that has the “purpose or effect of unreasonably interfering with an individual’s work, educational performance” impermissibly made intentional conduct that did not actually result in harassment punishable.

AB 2683, which has passed the state assembly, would require California Community Colleges, the California State University system, and private institutions of higher education that receive state financial assistance to “annually train [their] students on sexual violence and sexual harassment.” (The University of California system would be exempt from the requirement, but is requested to train its students as well.)

While it is important to inform students of their institution’s sexual harassment policies and to provide information and resources to students who face harassment on campus, that information is only valuable if it is based on the correct legal framework.

Teaching students this unconstitutional definition of sexual harassment is particularly concerning because of the chilling effect it will have on protected speech.

The state senate should take this opportunity to revise the state’s unconstitutional definition of sexual harassment.

Further, the bill requires institutions to inform students of the “campus, criminal, and civil consequences of committing acts of sexual violence and sexual harassment.” Students will be taught to avoid conversations or topics related to sexuality if they want to avoid getting in trouble for sexual harassment.

The state senate should take this opportunity to revise the state’s unconstitutional definition of sexual harassment to ensure that campuses train and educate students in a manner that does not chill protected speech.