FIRE > Newsdesk > Top Story > Compassion in the face of conflict: An open discussion at Emory University 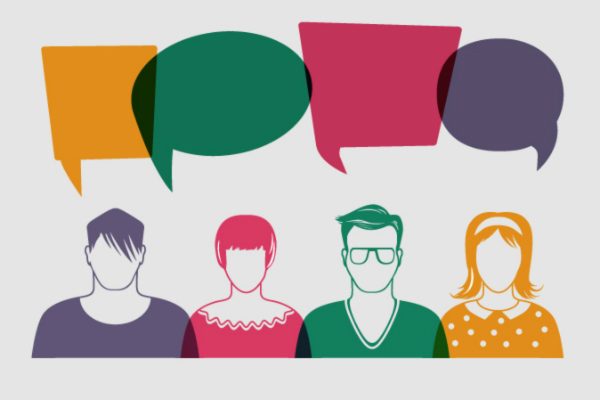 In early April of this year, the Emory Students for Justice in Palestine held its Israeli Apartheid Week on Cox Bridge, the central thoroughfare of our campus. Tabling right across from them for Israel Week were the Emory Eagles for Israel. As I glanced over one poster condemning Israeli occupation of the West Bank and another that applauded Israel as the only democracy in the Middle East, I really didn’t expect this standoff to end well.

The short version of ensuing events ran as follows: In an effort to raise awareness about discriminatory housing practices against Palestinians, SJP posted mock eviction notices on numerous Emory students’ doors. Members of Emory Eagles for Israel then complained to the university’s administrators, leading President Claire E. Sterk to send a campus-wide email apologizing “for any part that Emory has played in causing pain to members of our community…” Around this time, SJP also released an open letter in response to increased opposition and harassment of its members. And naturally, countless students took to Facebook, Instagram, and Twitter in order to register their approval, disappointment, and outrage at every stage of the chaos.

An optimist weighing in on this spectacle might suggest that Emory’s green light speech policies ultimately prevailed; despite our university president’s unnecessary interjection, students on both sides of the issue were able to speak their minds without fear of disciplinary sanctions. Hurrah, hurrah for free expression! But as I witnessed communities turning inwards and anger smoldering beneath the surface, I couldn’t help but want more out of “free speech.” I wanted to see the freedom of speech wielded not just as a constitutional right but as a catalyst for empathy.

So, a couple of friends and I decided to invite a handful of non-like minded students to discuss this heated campus controversy before an attentive audience. We needed six or seven informed and willing voices to represent the myriad views surrounding the Israel-Palestine debate — I didn’t think we’d have any trouble with that at a school of over 15,000 students. I only realized how wrong I was once I started sending out email requests.

Instead of fostering curiosity, openness, and a healthy dose of empathy, our proposed conversation engendered wariness, suspicion, and outright hostility from some of our peers. In hindsight, this shouldn’t have surprised me, given that 68% of college students believe their campus climate discourages certain individuals from asserting their true opinions. This is the culture that too many students experience at universities across America; we’ve stopped appreciating the people who disagree with us and started stifling, mocking, and demonizing them instead. Now, we are reaping the consequences of a world where the offer of across-the-aisle dialogue is more likely to be seen as a possible trick rather than a genuinely well-intentioned olive branch.

Luckily, a sizeable proportion of the Emory student population chose to give me and my co-organizers the benefit of the doubt, and the outcome left me, well, speechless. Out of more than 120 audience members, the overwhelming majority left our event feeling like they learned something from every panelist we invited. And the student panelists themselves, once assumed by their peers to be starkly divided, found common ground on matters such as the two-state solution. None of this would’ve been conceivable if Emory’s administration had decided to prohibit students from sharing purportedly disagreeable opinions.

With one roundtable discussion, we helped foster a culture where students know how to learn from and connect with each other, a culture where our peers who speak freely and candidly are actually applauded for it. This is the kind of campus climate that we should be encouraging everywhere.

More often than not, listening to your opponents yields far better results than shouting them down, as the Emory community recently discovered. In an era defined by political polarization — where 62% of Americans prefer to form friendships with those who share their political views — freedom of expression is indisputably our most powerful weapon against the ideological echo chamber. Of course, silencing “the thought that we hate” may feel satisfying and comfortable for a moment. But the shine wears off quickly because it’s a simple fact that the words “shut up” generally don’t change anyone’s mind. This poses obvious problems when the speech that we find distasteful, rather than evaporating into nothingness, festers in the darkest corners of the Internet, sometimes with explosive results.

It’s rarely easy to tolerate the words we find offensive, outrageous, or hateful, but that’s not a sufficient justification for censorship — especially on our university campuses. College is about meeting new people, sharing new experiences, and confronting a new marketplace of ideas. At Emory, my peers and I had that opportunity, and we have free speech to thank for it.

Two months ago, my classmates and I turned a would-be catastrophe into a moment of reconciliation. Using our First Amendment rights, we crafted a thoroughly educational experience and took a small but monumental step towards bridging the political divide. Free speech allowed us to find nuance in a conversation traditionally dominated by cookie-cutter labels like “pro-Israel” and “pro-Palestine.” Free speech drove us to truly think critically and challenge deeply ingrained notions that we’d previously accepted as true. Free speech taught us compassion in the face of conflict, and we are better students and people for it.

Jane Wang is a rising sophomore at Emory University and FIRE summer intern.