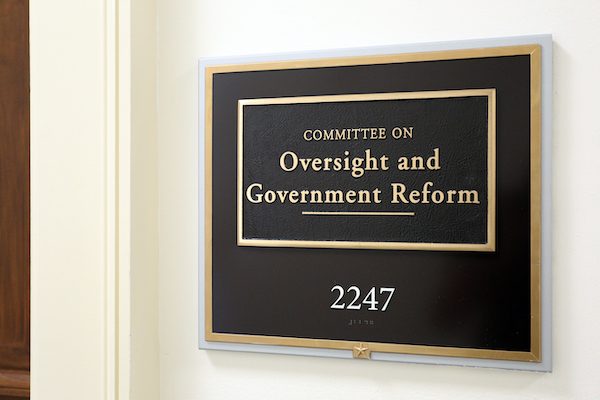 The University of Florida is facing a congressional investigation over its controversial decision, since reversed, to prohibit three professors from testifying in a voting rights case against the state of Florida.

On Thursday, Maryland Rep. Jamie Raskin and Florida Rep. Debbie Wasserman Schultz sent a letter to UF leadership announcing an investigation by the House of Representatives Committee on Oversight and Reform into concerns the university’s conflict of interest policies are “in violation of the First Amendment and in contravention of long-established principles of academic freedom.”

“We are concerned that UF is censoring its faculty based on viewpoint, which would set a dangerous precedent that flies in the face of its own commitment to freedom of expression,” the letter said. “We are also concerned that, possibly due to pressure from trustees, politicians, or others, UF has adopted and enforced a conflicts policy that undermines the academic and free speech values that are essential to American higher education.”

The committee is asking for UF to identify all individuals who were involved in crafting the university’s new conflict of interest policy, as well as any related documents or communications, including emails sent and received by UF President Kent Fuchs, Provost Joseph Glover, Assistant Vice President Gary Wimsett, and members of the board of trustees. UF has until Dec. 2 to respond to the committee’s request.

The letter from Congress caps a tough two weeks for Florida’s flagship university, which has faced a barrage of criticism for its decision to stop political science professors Sharon Wright Austin, Michael McDonald, and Daniel Smith from serving as expert witnesses in a lawsuit against the state’s new elections law, Senate Bill 90.

We warned the University of Florida: If you pick a fight with the First Amendment, you will lose.

Now @UF has reversed course, agreeing to allow the professors to testify and revisiting policies used to silence them. Our letter to UF and new statement: https://t.co/M3iY8T4P89

As FIRE pointed out in our letter, UF promises that it will not “stifle the dissemination of any idea, even if some members of our community find it wrong-headed, offensive, or hateful.” Moreover, university policy recognizes that academic freedom is “integral to the conception of the University as a community of scholars engaged in the pursuit of truth and the communication of knowledge in an atmosphere of tolerance and freedom.”

Now, UF is beginning to pay the price for not honoring those commitments.