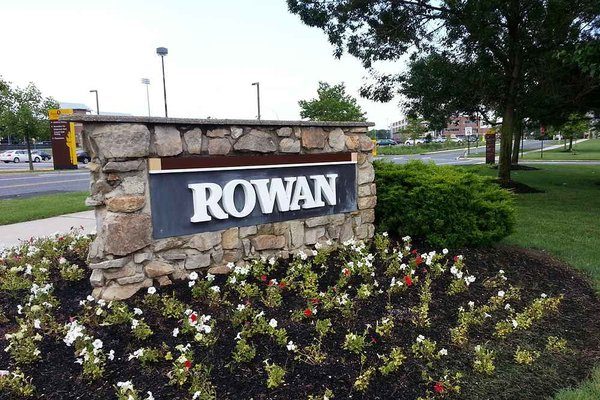 Last winter, Cooper Medical School of Rowan University punished a student for appearing topless in one of her Instagram posts. The student’s photo — taken on a European beach where nudity is legal — included a caption supporting the #freethenipple campaign. After chiding her for the comments posted by others on the photo, an administrator even suggested the student ask her fiancé for a “second opinion” before posting pictures in the future.

Today, FIRE sent a letter to CMSRU to acknowledge improvements made to the CMSRU Social Networking policy under which the student was charged, and to address how the policy could be further improved to better protect students’ rights.

FIRE first wrote to CMSRU in May to challenge the filing of a “Professionalism Intervention Report” against a student in response to photographs posted to her personal Instagram account and comments she made on social media prior to matriculation. The report stated:

It has come to the attention of the Office of Student Affairs and Admissions that [a] CMSRU student, has violated the CMSRU Social Media policy, by posting sexually explicit photos on the social media forum, Instagram. In one specific photo, [the student] is wearing the CMSRU White Coat, in front of the MEB CMSRU backdrop, representing CMSRU. Commentary associated with the photo, has been determined as leading and inappropriate. The CMSRU photo is associated in a posting collage of other sexually explicit photos posted to this forum. The posting of any explicit photos of a sexual nature associated with a CMSRU medical student on a social media forum, such as Instagram, has been deemed by the Office of Student Affairs and Admissions as unprofessional conduct of a non-academic nature, according to the tenets of the CMSRU Social Media policy and Professional Conduct (Non-Academic policy). This infraction serves as the foundation for this Intervention Report. This is not the first incident of unprofessional behavior regarding social media for which [the student] has been counseled by CMSRU administration. CMSRU administration was contacted by an outside source regarding [the student]’s commentary on social media posted in the summer of 2016, prior to her matriculation.

Last January, in a meeting with the student, Chief Student Affairs Officer Marion Lombardi and Assistant Dean for Student Affairs Erin Pukenas explained that CMSRU officials were most concerned about two images that could be seen together on the student’s Instagram home page: in one photo, the student was wearing her CMSRU white medical coat; in the other, the student was topless on a beach in Europe. In the second photo, the student’s nipples were blurred to comply with Instagram’s policies, and accompanied by a caption expressing appreciation for the beach’s policy allowing nudity and a reference to “#freethenipple,” a popular social media campaign to end perceived bias against the display of women’s nipples.

During that meeting, the student was chastised for comments other Instagram users had made on her photo, including “hottest doc.” While Lombardi conceded that the student hadn’t written these remarks, she stated “that’s still up for people to see. That’s a leading, inflammatory comment.” The student was told to review her account and remove any photos that a “reasonable person” could perceive as “sexually explicit.” The student was also warned that if multiple professionalism reports accrued in her file like the one she received for her social media use, they “could make it actually into [her] dean’s letter when [she is] applying for residency.” Pukenas and Lombardi then explained that the CMSRU social media policy was “kind of broad” and “more vague in general” “[b]ecause you can’t get into every specific.”

In a follow-up meeting, Director of Professionalism Carolyn Bekes also referenced the “hottest doc” comment and expressed concern that the comment associated the picture with CMSRU. Bekes then pointed out an Instagram photo that she considered to be “pretty innocuous,” and asked, “How did it provoke some of these comments?”

Near the end of the meeting, Bekes made a “suggestion” that the student “stop posting.” She also recommended that the student ask her fiancé for a “second opinion” before posting or that she speak to someone who is “more middle of the road” or “more conservative” to help keep “out of trouble” by helping her “censor it.” As punishment for the infraction, Bekes assigned the student a PowerPoint presentation on social media and professionalism in medicine.

FIRE wrote to CMSRU on May 9 to call on the university to revise its social media policy and abandon its practice of punishing students for engaging in constitutionally protected expression online. The policy stated, in part:

The letter went on to point out that CMSRU’s prohibition on “condoning . . . sexual promiscuity” was not just unconstitutional — it was inapplicable in this student’s case. It’s quite a stretch for a university to claim that a topless photograph accompanied by a caption celebrating body positivity and weighing in on the #freethenipple movement is promoting sexual activity at all, let alone promiscuity, however defined. As we wrote:

CMSRU cannot hinder students’ ability to engage in important discussions—like those surrounding women’s rights—by claiming that they are “condoning sexual promiscuity” in doing so. In fact, CMSRU’s response to the photo illustrates exactly what [the student] and others are advocating: women’s ability to engage in public activities topless without the act being perceived as sexual. Medical school administrators should understand that female nudity is not necessarily an allusion to sexual activity.

FIRE’s letter also addressed the inclusion in the Professionalism Intervention Report of “[c]ommentary associated with” the picture that was “determined as leading and inappropriate.” As FIRE explained, the comments referred to in the report were actually posted by the student’s Instagram followers, and could not be used to justify her punishment:

If [the student] is to be held responsible for these comments, it can only be because she failed to delete language contributed by third parties or because the university believes that she should be held responsible for receiving such commentary. The former is barred by federal law and the latter is morally reprehensible. CMSRU must rescind this statement from the report. Section 230 of the Communications Decency Act (CDA) generally prevents the government from holding a person or company liable for content submitted by third parties. The law provides that “[n]o provider or user of an interactive computer service shall be treated as the publisher or speaker of any information provided by another information content provider.” 47 U.S.C. § 230 (emphasis added). In other words, a content provider or internet user who creates or maintains a forum where others can provide content has absolute discretion on whether to moderate, delete, or post content submitted by third parties.

Leaving aside whether CMSRU administrators are aware of the CDA, let alone its application here, it is alarming that a public university would seek to hold a student accountable for the words of others. Administrators should not be interrogating students to explain why what they themselves characterize as a “pretty innocuous” photograph “provoke[d] some of these comments.” Public universities cannot— especially during disciplinary meetings—ask students to answer for others’ speech.

Finally, noting that the student’s comments on social media made prior to matriculation were mentioned in her professionalism report, FIRE reminded CMSRU that administrators “cannot retroactively punish, nor list as part of a series of behavior that can be punished, speech made by students prior to matriculation and before policies governing their behavior were in effect.”

In June, CMSRU informed FIRE that the policy would be reviewed. We are pleased to see a new policy in this academic year’s student handbook, as we explained in today’s letter. Most notably, CMSRU removed the troubling language targeting “potentially offensive language,” “personal photographs or photographs of others that may reasonably be interpreted as condoning . . . sexual promiscuity,” and “[p]osting potentially inflammatory or unflattering material on another individual’s website.”

However, today’s letter also offers a few recommendations to further improve the policy. First, and most importantly, CMSRU should clarify whether its policy is a guideline or a requirement. At present, the policy first states that it intends to show students “what [is] discouraged and what appropriate social media behaviors are,” but then proceeds to define “professionalism” as a “formal requirement for CMSRU” students.

FIRE’s letter then addressed the example scenarios provided in the new policy of inappropriate student social media use. In one example, “[a] CMSRU medical student writes in her blog, naming an attending physician who did minimal teaching and recommending that other students not take clinical electives with that physician.” The policy then warns that this is “inappropriate,” noting that “[l]egitimate critique of an educational activity is appropriate, so long as professionalism is maintained. There are more effective and less public mechanisms for relaying this type of information.” CMSRU should revise this policy so that an explanation of what constitutes a “legitimate critique” is defined. FIRE explained:

A policy or regulation is said to be unconstitutionally vague when it does not “give a person of ordinary intelligence a reasonable opportunity to know what is prohibited, so that he may act accordingly.” Grayned v. City of Rockford, 408 U.S. 104, 108–09 (1972). Students encountering this policy are likely to be confused and uncertain as to whether their “critique” may or may not be considered “legitimate,” and—given that the term is left undefined and at the discretion of CMSRU officials—many may consider self-censorship rather than risk possible disciplinary action. CMSRU should be careful to ensure that students do not choose to stay silent on important issues affecting classmates and patients out of fear that they will be punished for speaking out.

Lastly, FIRE suggested that CMSRU reassess another example where “[a] CMSRU medical student wearing a CMSRU T-shirt is tagged in a photo taken at a local bar and posted on a friend’s Facebook page. The medical student is clearly inebriated.” After all, students cannot control who will post a photograph of them to the internet, so the policy effectively places restrictions on whether students can drink alcohol in public at all. Again, because the distinction between formal requirement and “guideline” is unclear, the university could use this policy to punish students who are simply tagged in photographs. CMSRU can suggest that students carefully manage their social media profiles, but cannot punish them for content they played no role in posting.

Ultimately, we’re pleased to see that CMSRU revised its policy to better protect student rights. FIRE hopes to work with the university further to bring its Social Networking policy, and any other policies implicating student speech, into full compliance with the First Amendment.