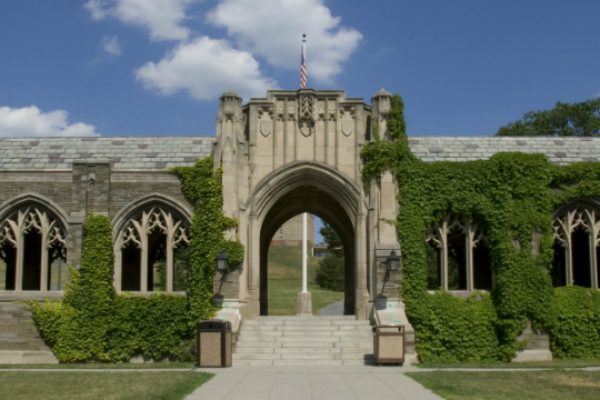 Cornell University is known for, among other things, the beautiful gorges interwoven throughout campus, its charter granting founder Ezra Cornell’s oldest living descendant a lifetime trustee position, and Ezra’s famous words: “I would found an institution where any person can find instruction in any study.”

Cornell is also known for its strong institutional commitment to students’ rights — it is a university that strives to uphold its founder’s vision by guaranteeing each and every student the right to “free and open inquiry and expression.” However, 152 years after Ezra spoke Cornell’s motto into existence, this guarantee is threatened by proposed revisions to Cornell’s student code containing pernicious restrictions on students’ freedom to associate with their colleagues. FIRE calls on Cornell to ensure that its code of conduct reflects its laudable promise to safeguard students’ rights.

As part of a 2020 review of its campus policies, Cornell has proposed a revised affiliations policy that would severely limit how its students can associate with one another. The policy would prohibit students from “knowingly affiliat[ing] with groups, teams, or organizations that have had their University recognition or registration withdrawn, suspended or permanently revoked by the University for disciplinary reasons,” adding: “The definition of affiliation includes joining, rushing, pledging or being involved in any activity that would normally be associated with being a member of such an organization.”

Educational institutions, like Cornell, must adhere to their explicit, written commitments to uphold students’ rights — including the right to free association.

At Cornell, like at most other universities, students can form groups around their common interests and apply for university recognition, which bestows upon the groups numerous benefits such as the ability to request university funds, schedule events on campus, and utilize university resources like student listservs and campus advertising spaces. In exchange, the student group agrees to abide by university rules, such as limits on group expenditures (drugs, weapons, fireworks, etc.), and annual university certification of student leadership positions and organizational bylaws. It’s an arrangement familiar to thousands of student groups at Cornell, and hundreds of thousands of student organizations at their universities nationwide.

When recognized student groups are found responsible for misconduct, universities may revoke their rights and privileges, up to the “death penalty” of permanent derecognition — the most severe punishment reserved for serious organizational wrongdoing, akin to expelling a student. Derecognized groups remain just that — student groups that are not officially recognized by a university. Such groups, when they become completely unaffiliated with the university, stand on equal footing with other groups in the broader university community. Universities can no more prohibit association with formerly-recognized groups than it can bar membership in the local Elks Club or bowling league.

This is because educational institutions, like Cornell, must adhere to their explicit, written commitments to uphold students’ rights — including the right to free association. In the words of the United States Supreme Court, this freedom entails “the right of the individual to pick his own associates so as to express his preferences and dislikes, and to fashion his private life by joining such clubs and groups as he chooses,” as well as the “right to associate with others in pursuit of a wide variety of political, social, economic, educational, religious, and cultural ends.”

As a university dedicated to the core values of “free and open inquiry and expression” and fostering “a community of belonging,” Cornell has made a strong institutional commitment to defend — not abrogate — its students’ freedom to associate with the sports teams, fraternities, and other student groups that have fallen into disfavor with the university administration. Its policies must reflect this commitment.

FIRE calls on Cornell to protect its students’ rights by rejecting this proposed restriction on freedom of association.