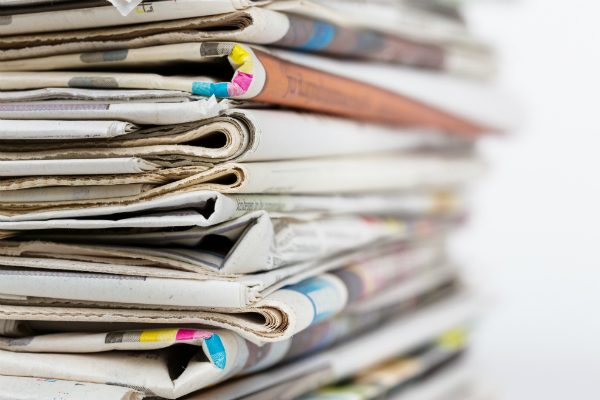 Famous New York Yankees coach and manager Yogi Berra once said, “It’s like déjà vu all over again.” That’s close to how it feels here at FIRE when we hear student newspapers have been stolen from stands on campus.

Take, for example, the most recent case of newspaper theft at Radford University, where about 1,000 copies of Radford’s student newspaper, The Tartan, went missing from newsstands following the publication of controversial articles. This type of press censorship is something FIRE has written about again and again.

The Tartan’s troubles reportedly began Sept. 18 when the paper ran a cover story about the unexpected passing of Steve Tibbetts, the new chair of Radford’s criminal justice department. The Tartan ran the piece alongside a story about Aris Lobo-Perez, a Radford freshman who was found dead in a jail cell last month after an on-campus arrest for public intoxication.

According to our friends at the Student Press Law Center, who first reported the story, The Tartan’s editor-in-chief, Dylan Lepore, started noticing something strange soon after the issue hit newsstands:

The day after the Sept. 18 issue hit the stands, Lepore received an email from Vice President of Student Affairs Susan Trageser with a vague invitation for a discussion between the Tartan and administrators.

“I got an email from the Vice President of Student Affairs, just an email, no outline of what the discussion was about or anything,” he said. “So we scheduled to meet on Friday.”

After he got the email, he noticed the first empty stand.

Lepore later sent a delivery worker to backtrack his route, eventually finding that 22 of the 32 stands were completely empty. The stands that still had copies were in locked buildings or the library, he said. About 67% of the 1,500 issues were gone.

Things got worse during a meeting between Lepore, multiple high-ranking Radford administrators, and Leigh-Anne Kelley, one of The Tartan’s faculty advisers. According to Lepore and Kelley, administrators took issue with one of the pictures on the cover of the Sept. 18 issue:

The photo features Tibbetts and his daughter, Rian, posing in front of a “Tibbetts St.” road sign, which  happens to be a dead end street. Administrators said people took issue with the photo having the phrase “Dead End.”

“What [administrators] told us is that they had multiple instances where they got complaints from what was written in the Tartan or what was on the front page of the Tartan,” Lepore said.

Lepore, however, said the Tartan itself received “zero” complaints through email, Facebook, Twitter or Instagram about the cover. Tibbetts’ wife provided the family photos to the Tartan.

Administrators then brought up a litany of complaints they received about The Tartan, even saying the stories could “trigger” people, according to Lepore. They ultimately suggested that administrators sit in on The Tartan’s weekly meetings, something that Tartan advisers rightly rejected as improper prior review.

Most egregious, however, might be the initial reaction of Radford’s own police department. When Lepore brought up the paper’s disappearances with an officer, the SPLC reports, the officer said that since the newspapers were free, the matter would not be investigated.

This initial reaction is surprising not only because this officer erroneously concluded that free newspapers can’t be stolen, and thus that no crime was committed, but also because this view directly contradicts Radford’s own free expression policy. Radford’s policy puts enforcement of violations of freedom of expression squarely within the jurisdiction of the Radford University Police Department:

Intentionally or substantially interfering with the freedom of expression of others under this policy is prohibited.

In addition to persons authorized by University policy, the Radford University Police Department, and other law enforcement agencies acting pursuant to a mutual aid agreement or by concurrent jurisdiction, are lawfully authorized to enforce this policy as necessary.

I would like to think that someone absconding with a thousand copies of a student newspaper so that no one can read them would constitute an interference with freedom of expression. As FIRE has reminded readers before, just because something is being given out for free, doesn’t mean it can’t be stolen.

Happily, Lepore told FIRE via email that the Radford University police are now investigating the matter.

Ultimately — and ironically — it seems newspaper thieves still have not learned the lesson that censoring and throwing out newspapers more often than not draws more eyes to the very thing that the thieves wish to hide. But the solution to warding off this type of censorship is not more stringent overview of what student newspapers print, but a willingness to protect and stand up for students’ rights to share and receive information and to address violations the moment they occur.

Radford’s administrators and police department would do well to remember that.