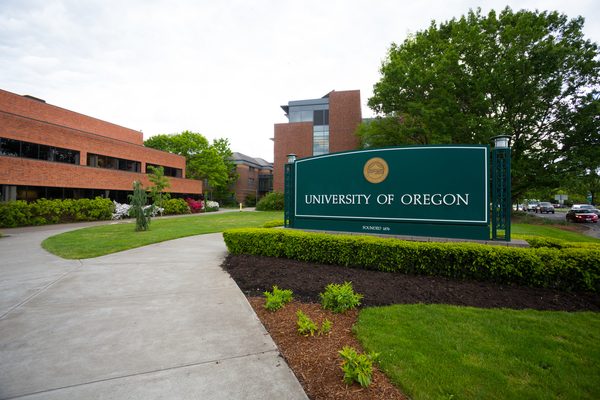 Does your college or university have the power to punish anything you say or do — even in your personal time, far from campus?

If you’re a student at the University of Oregon, the answer is now “yes.”

To uphold its constitutional obligations to its students, UO must disavow this unsound policy and implement a lawful one instead.

If you’re a student anywhere, this development should alarm you.

For more than a decade, FIRE has spoken out against schools’ relatively haphazard attempts to expand their ability to punish off-campus conduct. But with the Supreme Court now considering the case of Mahanoy Area School District v. B.L. — about whether high schools can punish students for off-campus activities — the timing may have seemed right for colleges and universities to test the boundaries of their jurisdictional reach as well.

FIRE fears this is what happened at UO last week when its Board of Trustees unilaterally passed a policy that vastly expands the school’s authority to apply the student code of conduct to any student behavior in which the school claims to have an “interest,” even when the conduct at issue has no substantial tie to campus.

The new policy language states that UO can now punish under the student code:

Student behavior which occurs off-campus in which the University can demonstrate a clear and distinct interest as an academic institution regardless of where the conduct occurs and a) which causes substantial disruption to the University community or any of its members, b) which involves academic work or any University records, documents, or identifications, or c) which seriously threatens the health or safety of any person.

The board’s meeting notes state the policy was developed in consultation with the university’s general counsel and that “[t]his language has been consistently upheld in court.”

But that’s not true. As evidenced by the fact that the very question of how to apply the “substantial disruption” test is at the heart of the Supreme Court’s pending Mahanoy case.

Mahanoy concerns a high school student’s right to speak on social media, on the weekend and off campus, and whether the Court’s seminal K-12 speech case, Tinker v. Des Moines Independent Community School District (1969), applies in such a scenario.

Tinker provides that student speech may be censored only if it causes “substantial disruption” — on campus.

There is an important student free speech case now before the Supreme Court.

This case is a big one for student speech rights.

As FIRE argued in our coalition brief considered by the Court, Tinker does not apply to public grade school students’ speech once they move beyond the schoolhouse gates. Were Tinker to be so applied in Mahanoy, K-12 schools would have near limitless jurisdiction over student speech. And as we wrote in our brief, failure to reaffirm Tinker “will embolden campus censors” at colleges and universities as well, where “high school speech standards are often improperly imported into the college context.”

Just as we warned, here comes UO, mere weeks after oral arguments were heard in Mahanoy pushing through a policy that applies Tinker’s “substantial disruption” test — language that should apply only to K-12 students on campus — to adult college students off campus.

To uphold its constitutional obligations to its students, UO must disavow this unsound policy and implement a lawful one instead.

FIRE’s Model Code of Conduct provides such a policy. It properly cabins university jurisdiction to off-campus behavior that:

Occurs in a context in which the College exercises substantial control over both the location and the Respondent; or Triggers the College’s responsibilities under federal, state, or local law.

UO’s troubling policy represents exactly the jurisdiction creep from K-12 to college that we have warned about. Students — particularly adult students, off campus in their personal time — must maintain the expressive rights of any other citizen. UO’s effort to undermine those rights and claim jurisdiction over every aspect of its students’ lives represents a grave threat to the rights of students everywhere, and suggests the stakes for the impending Supreme Court ruling in Mahanoy have never been higher.