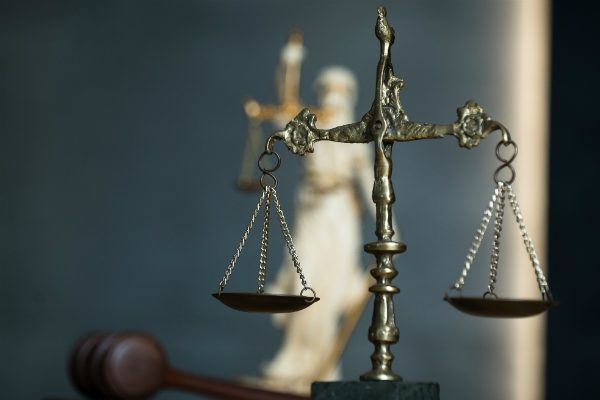 As the Department of Education continues to consider more than 100,000 comments on its proposed new Title IX regulations, the tide of lawsuits from accused students who allege they were denied a fair process in campus judicial proceedings continues to rise in the courts.

Most notably, on Sept. 23, a jury found Boston College liable for breaching its contract with a student who was wrongly found responsible for sexual misconduct in a case of mistaken identity.

The case began when the plaintiff, John Doe, was accused of assaulting a female student by digitally penetrating her on a crowded dance floor during a school-sponsored event. Doe claimed that it was a case of mistaken identity and that another student, J.K., was actually responsible for the assault. According to Doe, J.K. said “Sorry, dude, that was my bad” when the female student turned around to scream at Doe, and later sent text messages to people asking if Doe was okay.

Doe claimed the college not only ignored evidence that J.K. was actually the perpetrator, but that it instructed the hearing panel to put J.K. “at ease” in order to convince him to testify as a witness in the case against Doe. Doe alleged that this violated the college’s contractual duty to treat him with basic fairness. In June 2018, the U.S. Court of Appeals for the First Circuit agreed, holding that:

The case then went before a jury on the breach of contract claim, and the jury found for John Doe, awarding him more than $100,000 in lost tuition and lost income. This was the first federal case in this wave of litigation to go to a jury (the overwhelming majority of cases are decided or settled before going to trial), and the jury’s clear finding demonstrates that — as FIRE often says — universities cannot defend in public what they try to do in private.

Still, as two other September rulings illustrate, the courts continue to be an imperfect vehicle for students who are seeking relief from unfair university policies and procedures.

Setting the tone for the rest of the opinion, the court noted early on that courts have a “limited role to play” in how private universities address sexual misconduct on their campuses, and that the court’s review of a university’s disciplinary procedures is “substantially circumscribed.” The court first dismissed the student’s claims of Title IX sex discrimination because he had not alleged enough facts to connect any flaws in the investigation or its outcome to gender bias. The court then dismissed the student’s breach of contract claims because the student had not pleaded any facts to suggest the university deviated from the procedures set forth in its student handbook and sexual misconduct policy.

The student also alleged a breach of the state-law duty of good faith and fair dealing, which the court noted creates a duty to provide basic fairness. But in strikingly circular reasoning, the court found that duty could be met by complying with the terms of the student handbook and sexual misconduct policy, both of which it simply assumed were “designed to be fair.” Given the dismal state of due process and fair procedure in university policies around the country, this is — to put it mildly — an overly generous assumption.

Last year, FIRE graded the top 53 universities in the country (as ranked by U.S. News & World Report in 2017) on the extent to which their campus conduct policies incorporate critical due process protections like the presumption of innocence, the right to a meaningful hearing process, the right to the participation of an advisor, and others. No universities received an A, and only a handful of policies received a B. No universities received a B rating overall from FIRE. Vanderbilt’s policies governing both sexual and non-sexual misconduct received an ‘F’ from FIRE, because they include virtually no procedural protections for accused students.

Even at public universities, where students are constitutionally entitled to at least some degree of procedural fairness, there are many hurdles to getting relief in the courts.

Girolamo Messeri was expelled from the University of Colorado, Boulder, after a sexual encounter that he claims was consensual and his accuser, Jane Doe, claims was nonconsensual. Witness accounts of the evening vary; a friend of Jane Doe’s told investigators that Messeri was trying to get Jane to drink more, and that he kissed her without her permission. Messeri’s friend, by contrast, told investigators that he saw Messeri and Jane mutually kissing, that he never heard Messeri encouraging Jane to drink, and that Jane did not appear upset after the sexual encounter. Rather, Messeri’s friend said Jane became upset after Messeri, later in the evening, got off an elevator with another woman after a party.

The university used a single-investigator model to decide the case: there was no hearing, and no opportunity for cross-examination.

While the court allowed one of Messeri’s constitutional due process claims to proceed against the university, it dismissed the claim as to the individual university administrators on grounds of “qualified immunity.” The doctrine of qualified immunity protects public officials from personal liability for violating another person’s constitutional rights unless their actions violate “clearly established law” of which a reasonable person in their position would have been aware. The court held that although some of the procedures used by the university were later held to violate accused students’ due process rights, these rights were at the very least not clearly established as of 2016, when the university conducted its investigation.

Despite the fact that the decision went largely in the university’s favor, the court did conclude its opinion in a way that makes it a potentially useful decision for future litigants:

The Court pauses here to make one final observation. The opportunity for at least some form of cross-examination of the complainant and supporting witnesses is increasingly being recognized as an essential right of procedural due process in these cases. Indeed, a review of caselaw nationwide as of September 2019 reveals that a growing number of courts are recognizing that a university student facing a disciplinary proceeding for sexual misconduct is entitled to some form of process that allows him or her to test the credibility of the complainant and supporting witnesses, particularly where credibility issues may be determinative of the inquiry.

FIRE will continue to bring you updates on these and other cases as they progress.