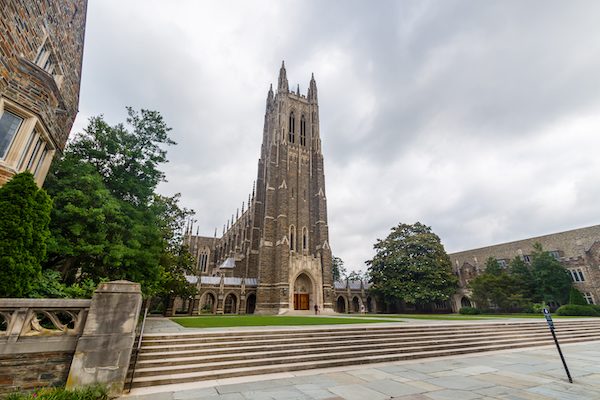 On Nov. 15, Duke’s Student Government President, Christina Wang, vetoed recognition for a chapter of Students Supporting Israel based solely on a social media post that Wang said “was unacceptable for any student group and appeared antithetical to the group’s stated mission to be welcoming and inclusive to all Duke students.”

SSI’s “offense” was that on its Instagram page, it posted a screenshot of a Duke student’s public tweet — which criticized the student senate’s recognition of SSI just three days prior as promoting “settler colonialism” — with a caption offering to educate the student “on what ‘settler colonialism’ actually is and why Israel does not fall under this category whatsoever.” 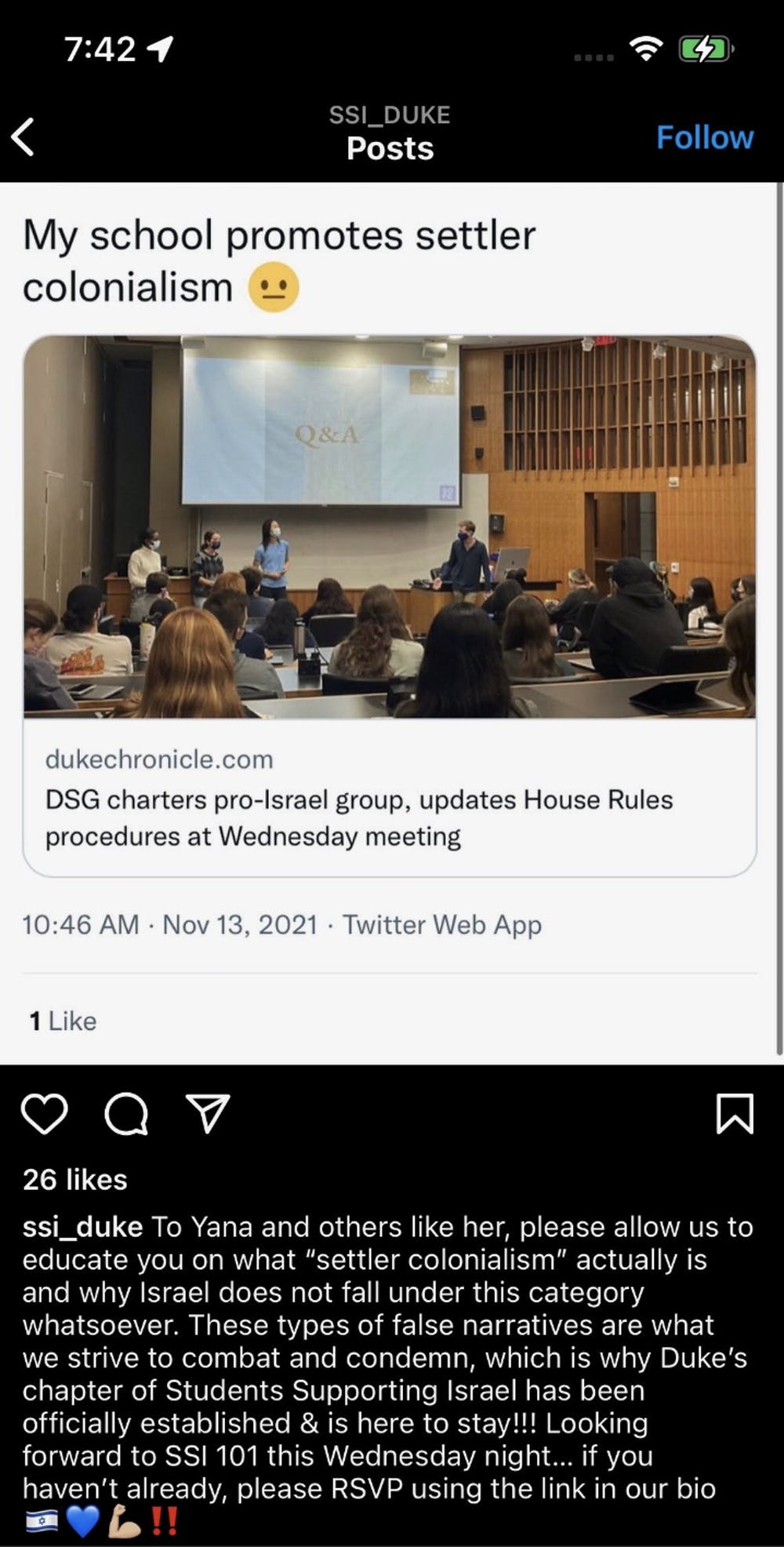 Somehow this routine expression of political disagreement, of the kind that happens millions of times a day on social media platforms, has been deemed unacceptable by Duke’s student government. Despite Duke’s promises of freedom of expression to students, Wang added at the time of her veto that other groups “may be denied, reviewed, or suspended at any time” if they exhibit “similar conduct.”

Yesterday, Duke’s student senators had the opportunity to override Wang’s veto. FIRE wrote in ahead of the vote, and as we explained in our letter to Duke’s student government:

Denial of recognition to SSI—which burdens its members’ rights to expression and association—is premised on its having “singled out” a critic in a manner deemed uncivil. While Duke is free to encourage students and student organizations to engage in civil discourse, it cannot require that students limit their advocacy only to polite, sober tones.

Yet shockingly, after almost three hours of discussion and a “sealed” vote (student senators fretted that they might “feel pressure to vote one way or another”), the student senate voted to uphold Wang’s veto. Only three voted to override the veto, while 37 voted to sustain it.

Not only is this the wrong decision, but it also violates Duke’s promises of free expression, which Duke’s student government is bound to uphold. (In fact, Duke is one of only 58 institutions whose policies earn FIRE’s highest, “green light” rating for maintaining policies that do not abridge students’ expressive rights.) Duke students are further promised the right to “freely associate” and to form groups once all criteria are met. SSI has met the criteria; Duke must now allow its members to associate.

Duke’s student government may not deny students the rights Duke guarantees because the students’ expression does not meet subjective standards of civility.

With this move, Duke’s student government is consciously punishing SSI for engaging in debate and responding to its critics — engagement that should be encouraged, not punished, at an institution dedicated to free expression. After all, how one responds to a critic without singling them out is a mystery. Even if one believes the organization’s response to be uncivil, Duke’s student government may not deny students the rights Duke guarantees because the students’ expression does not meet subjective standards of civility.

Duke’s student government judiciary now has the obligation to step in and overturn the senate’s actions. As the student senate has violated the expressive and associational rights both Duke and Duke’s student government promise to students, the judiciary must remedy the situation and grant SSI recognition. And if the judiciary fails to do so, Duke’s administration must grant SSI recognition to deliver on the promises the university makes.