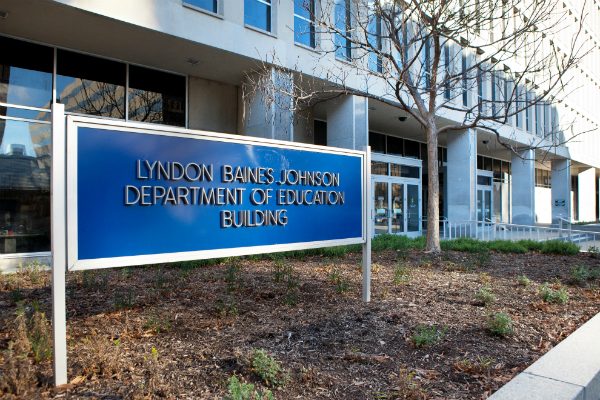 Last month, the Department of Education announced a review of its “National Resource Center” grant to the Duke-UNC Consortium for Middle East Studies (Duke-UNC CMES), arguing that the institutions had misspent their federal funding. (Per federal law, the grant must support certain academic purposes.)

The review, which appears to have been precipitated by a federal legislator’s distaste for a viewpoint expressed by a performer at a campus event sponsored by Duke-UNC CMES this March, appears to be over. The Duke Chronicle reported yesterday that its public records requests reveal the program has now received its funding for the 2019-2020 academic year, suggesting that its response to the Department was satisfactory.

Yet concerns about academic freedom remain.

The Department’s letter, published in the Federal Register, stated that it “believes the Duke-UNC CMES has failed to carefully distinguish between activities lawfully funded under Title VI, and other activities, perhaps consistent with and protected by general principles of academic freedom, that are plainly unqualified for taxpayer support.” It argued that the Duke-UNC CMES programming violated the grant requirements because it lacked “balance” and failed to “provide a full understanding” of the Middle East.

In our statement, posted shortly after the letter’s publication in the Federal Register, FIRE noted that “[t]he federal government may fairly condition the award of funds on the satisfaction of certain criteria” — but made clear that “determining how best to satisfy grant terms that involve academic or pedagogical judgments, especially those which contain ambiguity, should remain the province of the academy.”

We were not alone in our concern. Henry Reichman, Chair of the American Association of University Professors’ Committee A on Academic Freedom and Tenure, argued in a statement that the Department’s review of the programming overstepped the bounds of any outside grantor:

External funders, including the government, are entitled to limit their funding to those programs they wish to support and to request periodic review of how their money has been used. But, as the AAUP has stressed, “the university must preserve its academic autonomy—including the academic freedom rights of faculty, students, postdoctoral fellows, and academic professionals—in all its relationships” with funding sources. It is entirely improper for any external funder, much less the federal government, to intrude on curricular judgments best made by qualified expert faculty.

Reichman further pointed out that the funding at issue may not even have been supporting the programming to which the Department objected. Indeed, in his response to the Department of Education’s letter, UNC Vice Chancellor for Research Terry Magnuson, writing for Duke-UNC CMES, clarified the funding of the criticized programming, saying, “Your letter identifies two activities that you consider to be inappropriate for Title VI funding, out of more than 100 programs that the Consortium organizes or promotes each year. Neither of these activities, as it happens, were supported with Title VI funding.”

The ACLU and a coalition led by the Middle East Studies Association also weighed in with concerns. Citing Duke-UNC CMES’ reply to the Department of Education, the ACLU concluded that the institutions satisfied their statutory obligations and questioned the ideological motivation of the investigation. The MESA coalition, meanwhile, lamented that the Department’s letter, “in tone and content, suggests an intention not only to significantly narrow the scope of Title VI activities, but also to micromanage them.”

By their nature, federal grants of taxpayer money have a political component, and those made to educational institutions are no exception to this rule. But the “transcendent value” (as the Supreme Court put it) of academic freedom to our nation means that it is critical that the government take extra care not to compromise its grantmaking for ideological reasons.

While this particular review appears to be over, the potential for the Department’s letter to have a chilling effect on studies in the area remains. FIRE will continue to monitor further developments.