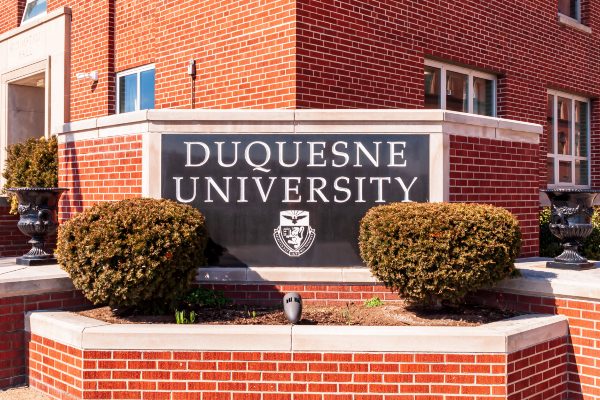 FIRE calls on Duquesne University to keep the strong free speech and academic freedom promises it makes to faculty.

In a letter sent to the university yesterday, we explained that Duquesne broke those promises last week when it suspended education professor Gary Shank for using a racial slur in a class discussion of why he believed the word was inappropriate to use.

This move exposes the private Pittsburgh-area university not only to legal liability from faculty who may sue to protect their rights, but from the university’s accreditor, and even the U.S. government.

“As a private institution, Duquesne is free to commit itself to any ideals it wishes without violating the First Amendment,” we wrote to Duquesne President Ken Gormley. “However, having committed itself to free expression and academic freedom, it cannot abandon those promises when, in the face of controversy and public anger, it is convenient for the institution to do so. These commitments are not only moral obligations, but impose legal obligations on the part of the university to its faculty members, the Department of Education, and its accreditor.”

Last week, one of Shank’s students posted a video to Twitter showing Shank in a Zoom meeting explaining to his educational psychology class that the word “nigger” was inappropriate to use. He used the word several times during his explanation and gave other students permission to say it as part of the class discussion.

PLEASE LISTEN !! A Professor at Duquesne University giving permission for students to use the N word in class pic.twitter.com/1nbXPbhsDS

“To be clear,” Generett wrote, “I believe that there is never a time, pedagogically or otherwise, for a professor to create a hostile learning environment.”

But as we explained to Duquesne in our letter, the professor’s pedagogical use of even highly offensive racial slurs not directed at any student does not meet any legal definition of hostile environment harassment, and is instead protected under Duquesne’s robust policies promising faculty both free speech and academic freedom. Decades of legal precedent prevent private universities from breaking these promises.

Duquesne also risks its accreditation in punishing Shank. Duquesne’s accreditor, the Middle States Commission on Higher Education, requires that accredited institutions “possess[] and demonstrate[] . . .  a commitment to academic freedom, intellectual freedom, [and] freedom of expression.” In brushing aside these commitments, Duquesne’s administration risks jeopardizing its accreditation. The MSCHE takes this requirement seriously and has investigated institutions who fail to adhere to their guidelines.

Shank’s pedagogical use of even highly offensive racial slurs not directed at any student does not meet any legal definition of hostile environment harassment.

Finally, we explained that even the Department of Education takes notice of private universities that break their promises. The department previously investigated public universities bound to keep such promises by the First Amendment, but recently expanded its interest when it announced an investigation into Fordham University’s attempt to punish a student for an Instagram post that is protected under the school’s promises of free expression. The department said it was looking into whether Fordham’s free speech promises were unlawful misrepresentations. As we told Duquesne, Fordham’s policies are substantially similar to Duquesne’s.

At its core, academic freedom means faculty must have the ability to discuss pedagogically relevant material as they see fit. That means allowing faculty broad freedom to discuss material is relevant to the course — even if words, ideas, or topics are unpleasant, uncomfortable, or even deeply offensive.

In punishing Shank, Duquesne jeopardized this right for all of its faculty — and the quality of student education as well.

Upholding academic freedom and free speech does not mean others — including Duquesne itself —  are prevented from criticizing Shank’s choice of words. Quite the opposite.

“If others believe a faculty member’s approach to be mistaken or ‘awry,’ they are free to criticize it,” we wrote, “but censorship is a cancer on the academic enterprise.”

FIRE calls on Duquesne to immediately end its investigation and reinstate Shank. The university should also recommit to its robust promises of academic freedom. We will continue to monitor the case. Stay tuned for updates.