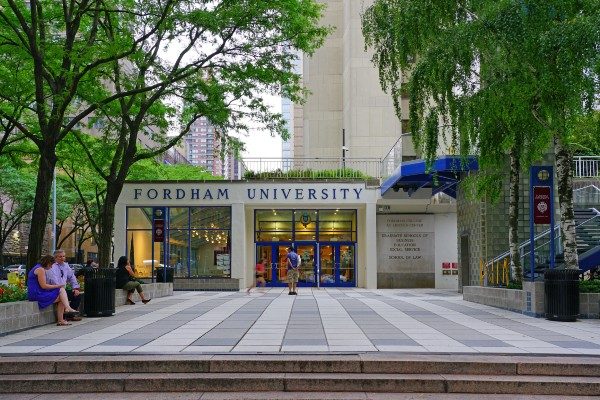 Fordham University’s ongoing attempt to punish student Austin Tong for his social media posts faces new opposition after the Department of Education on Thursday sent a letter notifying Fordham that it is investigating whether the university’s actions violate its promises of free expression. In theory, the investigation could lead to financial penalties of up to $58,328 per violation.

In this analysis, we’ll take a deep dive into the ED’s concerns, and how they mirror our own; how this investigation dovetails with last year’s “Improving Free Inquiry” executive order; the fuzzy math involved in counting “violations”; and what the road ahead for the investigation looks like.

In July, Fordham undergrad Austin Tong was placed on probation and barred from campus because of two social media posts he made. One memorialized the anniversary of the Tiananmen Square massacre, and the other was critical of what Tong characterized as the insufficient attention paid to the killing of former St. Louis Police Captain David Dorn. 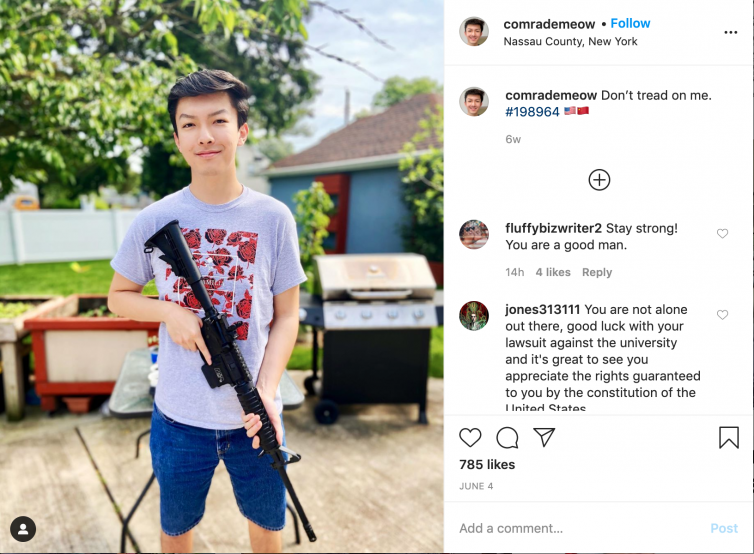 FIRE wrote to Fordham shortly thereafter, pointing out its actions violated its extensive free speech promises — which we had handy, because of another ongoing censorship problem.

Tong has since sued.

In a court filing responding to Tong’s lawsuit, Fordham argued that it has the “prerogative to limit a student’s free expression rights.” Which, we pointed out earlier, is completely inconsistent with the promises Fordham actually makes. That Fordham had the prerogative to restrain student speech (as it is a private institution) is irrelevant, because it did not exercise that prerogative. It instead has repeatedly promised to protect speech, and then repeatedly broken those promises.

Had Fordham exercised the prerogative to restrain student speech, Tong could have exercised his prerogative to attend an institution with more respect for its students. But Fordham did not exercise that prerogative, and Tong relied on the free speech promises Fordham chose to make instead. Fordham’s rationale here is like the cheating spouse who insists they did nothing wrong because they could have asked for a divorce instead.

We are not the only ones confused by Fordham’s position. The letter from Assistant Secretary of Postsecondary Education Robert L. King, obtained by Campus Reform, has a timeline of events that ends with Fordham’s court filing. The letter states:

[T]he Department is concerned Fordham’s many promises to protect freedom of thought, speech, and expression, promises made to induce reliance and payments of massive annual tuition and fees by students and their parents, may be substantial misrepresentations … .

This is not that different from the warning FIRE’s own Lindsie Rank gave Fordham over a month ago in our letter, where she noted that Fordham’s free speech guarantees create “not only a moral obligation, but a legal duty on the part of the university, which must honor its promises and abide by its own rules.”

Fordham ignored our letter. Call me an optimist, but I suspect Fordham might elect to give Assistant Secretary King the honor of a response, given that it probably would like to continue receiving federal student loan funds.

This investigation seems at least somewhat motivated by an executive order President Donald Trump made on March 21, 2019. As we explained then, it

directs federal agencies to “take appropriate steps” to “promote free inquiry” at institutions that receive federal research and education grants, including through compliance with the First Amendment or fulfillment of their institutional promises.

In January, the ED’s Office of Postsecondary Education issued a Notice of Proposed Rulemaking to craft regulatory changes designed to implement both the campus free speech order and an earlier religious liberty order (in the latter case, by making faith-based programs eligible for more grants than they had previously been). The comment period closed in February, but the rule appears not to have been finalized.

The executive order, however, directs agencies to “encourage … compliance with stated institutional policies regarding freedom of speech for private institutions” under “all applicable Federal laws, regulations, and policies.” In other words, the order not only directs rulemaking to begin — it directs agencies to interpret and enforce existing rules in a way consistent with the national policy of encouraging “open, intellectually engaging, and diverse debate.”

Thursday’s department letter to Fordham references the proposed rules, but relies on existing law as its source of authority. It cites federal student loan program law and regulations that permit the Secretary of Education to impose civil penalties of up to $25,000 per violation (which, inflation-adjusted, comes to $58,328) for any participating school that engages in “substantial misrepresentation of the nature of its educational program.”

As with any federal law that authorizes penalties “per violation,” choosing how to count violations is to some extent up to the agency. For example, the Department’s letter includes four times Fordham promises to protect student free expression (see p. 5); it also references five sanctions that were imposed on Tong (see p. 3). So how many violations do you count here?

Assuming the ED ultimately decides that Fordham’s promises are a substantial misrepresentation of what it actually delivers its students, the secretary could potentially count them as:

And all of that math assumes the documents requested by the ED don’t reveal any other potential violations. These things can add up. Back in 2007, when Eastern Michigan University was found to have falsely reported a student murder as non-criminal in violation of the Clery Act, the maximum fine for “a violation” under that Act was $27,500. Eastern Michigan would ultimately pay $350,000 to settle after the subsequent review of records identified additional compliance failures.

There is no simple way to tell, at this point, how long this investigation might take. While the ED letter gives Fordham 21 calendar days to produce the documents it requests (which works out to a Sept. 10 deadline), once those documents are received, ED can take as long as it wants to investigate.

In one recent Title IV investigation, the ED’s inquiry into the Duke-UNC Consortium for Middle East Studies earlier this year was opened in mid-June, concluded in late August, and seemed to be resolved by late September. But none of the public letters from that investigation mention a request for documents (one instead mentions “responding to questions”); the ED letter to Fordham requests two years’ worth of documents.

However long this investigation takes, ED might not announce the result. In the Duke-UNC case, we never got an announcement of the resolution; we found out it was resolved after student journalists used open records requests to determine that the consortium received its funding.

But the investigation doesn’t necessarily need to end to have an impact on Fordham’s fight against free speech. The letter calls for interviews with a number of Fordham employees (see p. 7). Once those interviews are created, they will probably be subject to discovery in Tong’s own lawsuit, which could, in theory, give us all a great deal more insight into Fordham’s thought process — even if we never find out the outcome of the investigation.

We’ll keep an eye open for developments, and update you when we know more.

Disclosure: A long, long time ago, the author attended Fordham College at Lincoln Center and Fordham University School of Law.

Sept. 1, 2020 Correction: The original version of this post listed the fine amount as $25,000, as stated in statute; but as campus safety consultant S. Daniel Carter pointed out, federal civil penalties are periodically inflation-adjusted, and the current fine as of January 14, 2020 is $58,328. Thanks to S. Daniel Carter for the catch.