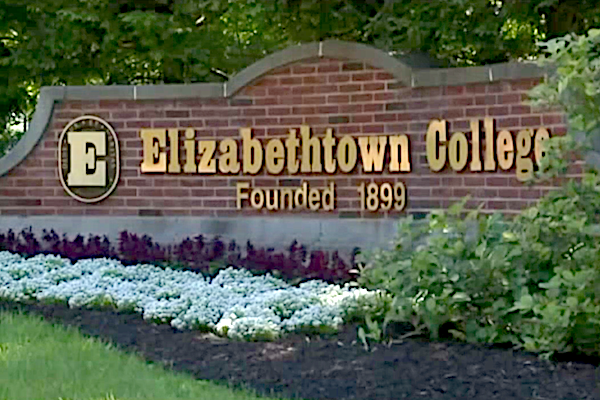 In just six months, Elizabethtown College has achieved a trifecta of student rights violations. Having already hosted an unlawful racially segregated event and infringed a student group’s freedom of speech via viewpoint-based denial of a guest speaker request, the college has now denied that same group due process (and again burdened its expressive freedom) by punishing it for an online fundraiser and refusing to hear its appeal.

Despite another letter from FIRE on Feb. 24 calling on Etown to do the right thing, the college continues to refuse to give its students, FIRE, or the public any explanation for its consistent disregard of the law and of the rights it voluntarily promises to students.

Last fall, members of Etown’s Turning Point USA chapter planned to attend AmericaFest, a national TPUSA event that took place in December. Etown policy requires the completion of a travel request form for all domestic travel sponsored by a college club or organization. The form states that unvaccinated students must stay alone in a single room on college-sponsored overnight trips. TPUSA chapter president Alex Russo told fellow club members that the chapter could not guarantee compliance with this requirement because housing accommodations were out of its control — accommodations would, instead, be provided by the national TPUSA organization.

Russo, therefore, concluded that TPUSA would not receive official approval for the trip and, as a result, would not be able to finance the trip using the club account or student senate funds. Russo told other members they could, however, raise funds as individuals. To that end, he created a GoFundMe page to raise money for his and other members’ individual trips to AmericaFest. The now-deleted text of the page said, “We are asking for some help covering the costs of travel (our school is unwilling to assist us at this time),” and noted donations would be split among 13 members of the chapter. The fundraiser ultimately raised $60 from two donations.

In February, Etown’s associate dean of students notified Russo that the chapter had potentially violated the college’s solicitation and fundraising policy because the fundraiser was not approved by the group’s advisor. Etown also charged TPUSA with violating the college’s “dishonesty” policy by making a “fraudulent” statement on the GoFundMe page — specifically, that Etown was unwilling to assist with funding the trip. Separately, Etown notified TPUSA that it may have violated the college’s mask policy at meetings.

Etown has thus inexplicably denied TPUSA due process — and denied itself an opportunity to acknowledge and correct its errors — by departing from its own written procedures.

Following a hearing, Etown found TPUSA responsible for all charges. The college rejected the group’s argument that the fundraiser was conducted on behalf of certain individual members, not the group, and deemed the statement on the GoFundMe page fraudulent because “[n]o requests were ever officially made to the College for funding.” Among the sanctions imposed was group probation until Dec. 21, 2022, during which Russo is required to meet regularly with an administrator to review any prospective fundraisers, postings, handouts, or other “club-related business.”

Putting aside COVID-related charges and the issue of whether the fundraiser required approval of TPUSA’s advisor, Etown had no grounds to conclude the group made a “fraudulent” statement. As we reminded Etown, it makes commitments to protect its students’ freedom of expression. These commitments don’t prevent the college from punishing students for fraud — one of the traditionally recognized exceptions to free speech — but such a finding requires not only proof of a false statement, but also proof that the speaker knowingly deceived another for the purpose of material gain.

The statement on the GoFundMe page — that the college was unwilling to provide funding for the trip — was an objectively reasonable interpretation of Etown’s policy conditioning funding eligibility on compliance with the unvaccinated-traveler requirement. TPUSA could not ensure compliance with this provision, so it was clearly ineligible for college funds. Russo’s personal messages to other group members show he actually believed this to be true, and prove neither he nor TPUSA knowingly made a false statement or had any intent to deceive others.

Troublingly, the “dishonesty” finding appears to underlie the burdensome sanction of requiring TPUSA to meet with an administrator regularly for prior review of its written materials (and, at least in part, the sanction of a ten-month probation period), including categories of materials, such as postings and handouts, that were not at issue in this case. 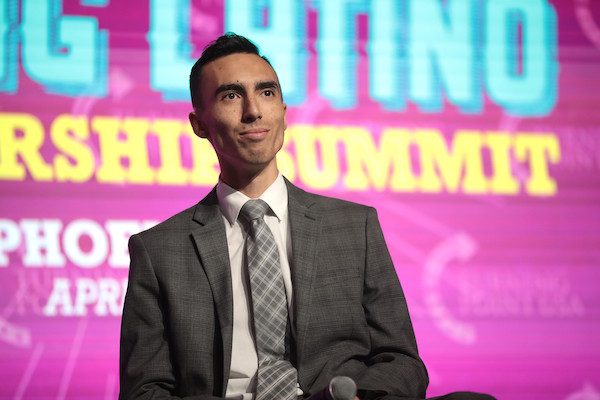 Elizabethtown College in Pennsylvania recently notified a campus chapter of Turning Point USA it would not allow the group to host an event featuring Joe Basrawi because of his views on critical race theory. (Gage Skidmore / Flickr.com).

The U.S. Supreme Court has called rules mandating that speakers obtain advance permission to speak “the most serious and the least tolerable infringement” of expressive rights. And given Etown’s history of discriminating against TPUSA based on the group’s political views, there is no reason to believe the college will exercise this unwarranted power of prior review in a judicious and viewpoint-neutral manner.

TPUSA appealed Etown’s decision, challenging the fraud finding as unsupported and the prior review and probation sanctions as inappropriate. Etown refused to hear the appeal, claiming the only permissible grounds for appeal are procedural error or new information that would have significantly affected the outcome.

As FIRE told Etown in yesterday’s follow-up letter, that is incorrect.

Is Etown intentionally flouting its own policies, or does it not even understand them?

These are precisely the two bases cited in TPUSA’s appeal. Etown has thus inexplicably denied TPUSA due process — and denied itself an opportunity to acknowledge and correct its errors — by departing from its own written procedures.

At this point one has to wonder: Is Etown intentionally flouting its own policies, or does it not even understand them? When it comes to student rights violations, a hat trick is nothing to be proud of. FIRE urges Etown to leave that feat to its sports teams, and recommit to its clear promises of expressive and procedural rights for students. Students deserve to know whether those commitments actually mean anything.