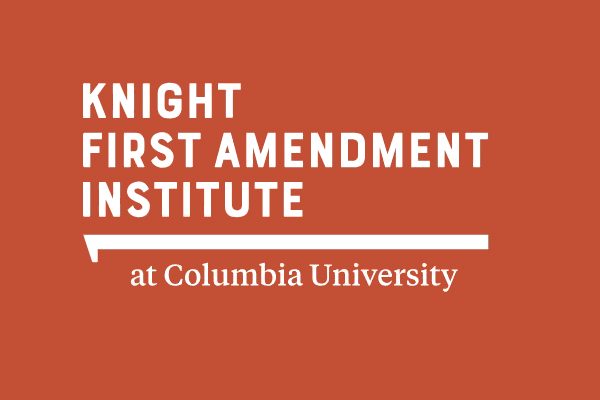 “Public officials’ social media accounts are now among the most significant forums for discussion of government policy. This decision will ensure that people aren’t excluded from these forums simply because of their viewpoints, and that public officials aren’t insulated from their constituents’ criticism.

The case is Knight First Amendment Institute v. Trump (2nd Cir., July 9, 2019). The issue in the case was whether the White House engaged in unconstitutional viewpoint discrimination by utilizing Twitter’s “blocking” function to limit certain users’ access to the President’s social media account, which is otherwise open to the public at large, because the President disagreed with their speech. A unanimous three-judge Second Circuit panel ruled against the President in an opinion written by Judge Barrington D. Parker. The matter was successfully argued on appeal by Jameel Jaffer of the Knight First Amendment Institute. 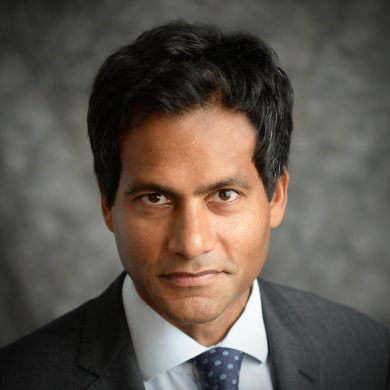 Jameel Jaffer
In the course of his opinion for the court, which affirmed the District Court ruling, Judge Parker declared that “once the President has chosen a platform and opened up its interactive space to millions of users and participants, he may not selectively exclude those whose views he disagrees with.” In outlining the scope of his ruling, the Judge emphasized the following five points:

[1] We do not consider or decide whether an elected official violates the Constitution by excluding persons from a wholly private social media account. [2] Nor do we consider or decide whether private social media companies are bound by the First Amendment when policing their platforms.  [3] We do conclude, however, that the First Amendment does not permit a public official who utilizes a social media account for all manner of official purposes to exclude persons from an otherwise‐open online dialogue because they expressed views with which the official disagrees. . . .

[4] The public presentation of the Account and the webpage associated with it bear all the trappings of an official, state-run account. The page is registered to Donald J. Trump “45th President of the United States of America, Washington, D.C.” The header photographs of the Account show the President engaged in the performance of his official duties such as signing executive orders, delivering remarks at the White House, and meeting with the Pope, heads of state, and other foreign dignitaries. . . .

Thereafter, he added, “while the President’s tweets can accurately be described as government speech, the retweets, replies, and likes of other users in response to his tweets are not government speech under any formulation.”

Judge Parker closed his opinion with the following observation: “In resolving this appeal, we remind the litigants and the public that if the First Amendment means anything, it means that the best response to disfavored speech on matters of public concern is more speech, not less.” 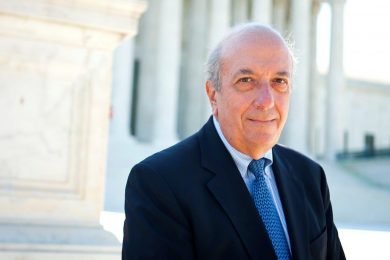 In the press section, a longtime regular is here for his last day as full-time Supreme Court correspondent. Tony Mauro is retiring, or at least stepping back, from his job as one of the high-court reporters for the National Law Journal. Mauro began covering the court in 1979 for Gannett News Service. When the Gannett newspaper chain launched USA Today in 1982, Mauro became its correspondent for both the colorful national newspaper and the news service. In 2000, he switched to Legal Times, a Washington-based newspaper that was part of American Lawyer Media. About 10 years ago, Mauro joined Marcia Coyle in covering the court for ALM’s National Law Journal. Mauro has always written clearly about the court, including about some of its lesser-known practices and traditions, and he has not been afraid to hold the justices to account.

This from an article by Katie Thomas and Katie Rogers at the New York Times:

A federal judge ruled on Monday that the Trump administration cannot force pharmaceutical companies to disclose the list price of their drugs in television ads, dealing a blow to one of the president’s most visible efforts to pressure drug companies to lower their prices. Judge Amit P. Mehta, of the United States District Court in the District of Columbia, ruled that the Department of Health and Human Services exceeded its regulatory authority by seeking to require all drugmakers to include in their television commercials the list price of any drug that costs more than $35 a month. The rule was to take effect this week.

This from a press release:

These experienced copyright, trademark, and infringement lawyers—who have handled high-profile work ranging from storied Hollywood projects like Rear Window and E.T. the Extraterrestrial to cutting-edge new media and counter-piracy matters—will join Ballard Spahr’s Los Angeles office. In addition to helping shape copyright law in the Ninth Circuit and the rest of the nation, the firm has extensively litigated idea submission, invasion of privacy, and right of publicity cases. It also is a leader in script-vetting and rights clearance for studios and production companies in the entertainment industry.

“These lawyers are marquee names in media and entertainment law in one of the entertainment capitals of the world, and their prominence is well deserved,” said Ballard Spahr Chair Mark Stewart. “The prospect of combining their talents with those of our top-ranked Media and Entertainment Law Group is an exciting development for us and our clients, especially those with interests on the West Coast.”

Establishing a greater presence on the ground in Los Angeles is a strategic priority for us,” said David J. Bodney, a leader of Ballard Spahr’s Media and Entertainment Law Group. “We have known and respected Lou Petrich and his team for many years. They have litigated landmark copyright cases and they handle complex matters for sophisticated clients across the industry. Their arrival solidifies us as the nation’s leading First Amendment litigation firm.”

Coming soon is an entirely different kind of college coursebook in e-book form.

The book, years in the making, is being released as a project of the Foundation for Individual Rights in Education (FIRE).  It contains hundreds of audio and video links, scores of dramatic photos, chapters on everything from sedition and defamation to gay rights and music censorship, and all presented in an engaging narrative style

One more thing: the cost on Amazon and elsewhere will be less than a latte at Starbucks! 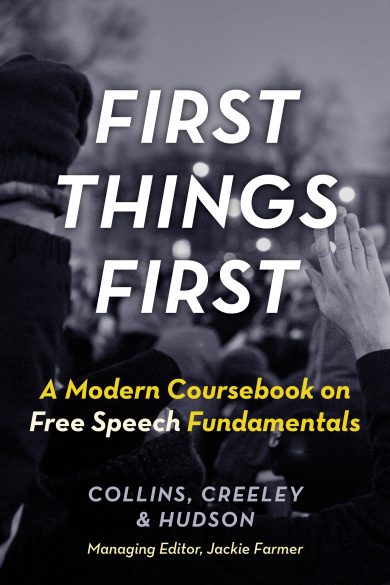 “With admirable clarity and brevity, First Things First covers the field of First Amendment law and theory in a readable and accessible way.  Through well-selected case excerpts, insightful and thought-provoking questions, and with clever links to supplemental materials, this innovative book explains not just the fundamentals of First Amendment law, but how we got to where we are, and why.  It engages the reader with contemporary problems of free expression “ripped from the headlines” and places these issues in historical context, thus helping cut through the clutter of current political passions.” — Robert Corn-Revere, Davis Wright Tremaine

More Items in the News