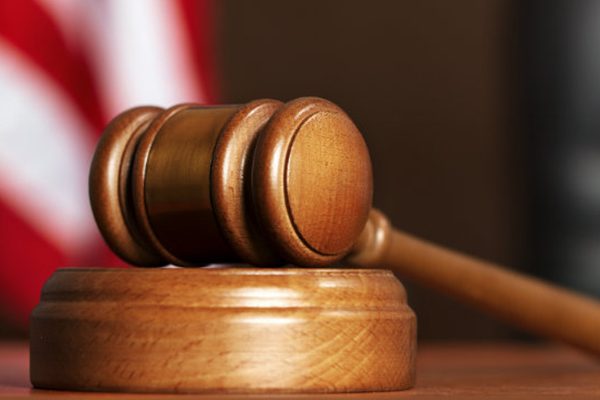 This morning, a federal court in Arizona dismissed a lawsuit brought by the Council on American Islamic Relations of Arizona seeking to prevent a Scottsdale Community College professor from continuing to teach a course on Islamic terrorism.

The dispute erupted in May, when Scottsdale Community College administrators pressured professor Nicholas Damask to issue an apology for three quiz questions in an introductory course on World Politics, which contains a module on “Islamic Terrorism,” after a student complained online that the questions were “in distaste of Islam.” The district’s administration quickly reversed course and upheld the professor’s right to academic freedom after FIRE wrote a letter to the college.

As we explained at the time:

Damask, chair of the Department of Political Science at SCC, exchanged emails with a student on April 29 about three quiz questions in an international relations course. Within a day, someone shared this student’s concern about Damask’s quiz questions online, and the questions generated negative attention on the school’s official Instagram account.

The quiz questions asked about the context in which terrorism is justified by some in the Islamic religion, where in Islamic doctrine and law terrorism is encouraged by those who justify it, and who terrorists believe they are emulating, based on the material assigned in the course.

After the college backed down, CAIR-AZ filed a lawsuit on behalf of the student, alleging that the “Islamic Terrorism” module violated the First Amendment’s Establishment and Free Exercise clauses and asking a federal court to issue an order preventing the module from being taught.

The court noted that even if there were “some disapproval” of religion, the course, as a whole, was not primarily intended to degenerate Islam:

Examining the course as a whole, a reasonable, objective observer would conclude that the teaching’s primary purpose was not the inhibition of religion. The offending component was only a part of one-sixth of the course and taught in the context of explaining terrorism. One aspect of terrorism is Islamic terrorism. Only in picking select quotes from the course can one describe the module as anti-Islam. Dr. Damask also quotes Peter Bergen for the view that the terrorist threat comes from radical terror groups that represent a “twisted” variant of Islam as a whole. [Footnote: Further, as Plaintiff’s counsel misstated in oral argument, Question 19 of Dr. Damask’s quiz on terrorism states: “Walid Phares notes that although ‘gullible’ Westerners are taught that jihad can have two meanings, people in the Arabic world understand that its overwhelmingly obvious meaning is______.” […] This question merely asks students to identify the opinion of Walid Phares regarding Islam, not to adopt his position on Islam.] Thus, the Court finds that the primary effect of Dr. Damask’s course is not the inhibition of the practice of Islam.

This is the correct result.

Even if one believes that Damask’s presentation of Islam is insulting to the religion, taking a critical view of a religion is protected by academic freedom. Institutions of higher education have an important secular purpose in examining, exploring, and debating religion, and the ability to study necessarily entails the freedom to criticize. Any other result would require that only positive views on a particular religion could be presented by faculty members, which would itself raise the same Establishment Clause concerns — arguments that have also been put forth in attempts to suppress even rudimentary education about the Islamic faith.

The court also rejected the argument that answering quiz questions violates the Free Exercise Clause, which bars government actors from substantially burdening a religious practice when the government does not have a compelling state interest. The court explained that answering quiz questions the student felt were wrong did not prevent religious practice at all, as students in a class discussing religion will necessarily encounter views divergent of their own and be tested on the material:

Curriculum that merely conflicts with a student’s religious beliefs does not violate the Free Exercise Clause. Parker v. Hurley […] (requirement that public school students to read a book featuring gay couples did not violate constitutional rights of Christian parents or children); […] Torlakson […] (ruling that requiring students to learn class material that the plaintiffs viewed as “derogatory towards Hinduism” did not violate the Free Exercise Clause). “‘[D]istinctions must be drawn between those governmental actions that actually interfere with the exercise of religion, and those that merely require or result in exposure to attitudes and outlooks at odds with perspective prompted by religion.’” Torlakson […]. Government action that merely offends religious beliefs do not violate the Free Exercise Clause, “‘actual burden on the profession or exercise of religion is required.’” [Torlakson].

Here, Mr. Sabra alleges that he was forced to choose between denouncing his religion by selecting the “correct” answer or receiving a lower grade. That is simply not correct. As Defendants point out, Mr. Sabra was not required to adopt the views expressed by Dr. Damask or the authors Dr. Damask cited to in his course, but only to demonstrate an understanding of the material taught. Dr. Damask’s course did not inhibit Mr. Sabra’s personal worship in any way. Instead, Mr. Sabra was simply exposed to “attitudes and outlooks at odds” with his own religious perspective. See Torlakson […]. Therefore, as a matter of law, the Court finds that the Plaintiff’s allegations do not amount to a violation of the Free Exercise Clause by the Defendants, and these claims must be dismissed[.]

Others — be they adherents to the Islamic faith or the academics who study it — may reach different conclusions than Damask. But it is the role of the professor to decide how to present and test material in their courses; their expertise on the matter is why a college or university has hired them. It is not the role of judges or administrators — who may answer to elected board members with political interests at odds with a faculty member’s views — to decide what questions to ask or their correct answers. That would create (and in this same community college district has created) a risk to scholars supportive or critical of any religion, including Islam.

FIRE is glad to see the court reach the right conclusion here.