FIRE > Newsdesk > Press Releases > FIRE calls on Florida public colleges to push back against unconstitutional ‘Stop WOKE Act’ provisions — and, if necessary, to ignore them 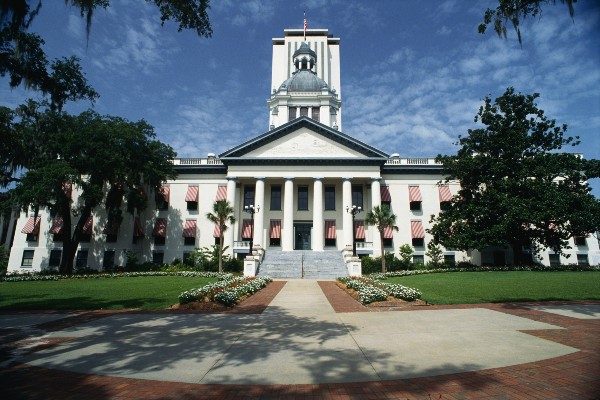 PHILADELPHIA, April 22, 2022 — With Florida Gov. Ron DeSantis’ enactment of House Bill 7 into law today, the Foundation for Individual Rights in Education is calling on administrators at Florida’s public universities and colleges to stand up for the First Amendment rights of their students and faculty.

“HB7 demands that university administrators dictate to faculty whether and how they can discuss issues, like race and gender, that dominate debate on and off campus,” said FIRE attorney Adam Steinbaugh. “Florida faculty have the constitutional right to speak freely in the classroom and deserve to know that they are not alone if they decide to push back against this legislation.”

The bill, passed by the state legislature on March 10, specifically targets discussion in both K-12 and higher education that “espouses,” “promotes,” or “advances” prohibited concepts. The bill, formally titled “Individual Freedom,” is described by Gov. DeSantis as targeting “critical race theory” and preventing students — including those at universities and colleges — from having to “engage with discriminatory content” or “rhetoric.” The Florida House of Representatives staff’s analysis of HB 7 explains that it prohibits “instruction” or any “required activity that espouses, promotes, advances, inculcates, or compels” someone to “believe” prohibited concepts. That stretches far beyond a constitutional prohibition on compelled speech.

As FIRE’s letters emphasize, HB 7 violates the First Amendment because it prohibits faculty from espousing certain opinions, and the bill’s text may reach discussion on pedagogically relevant topics such as systemic racism, the gender pay gap, affirmative action, or reparations for slavery. The enactment of HB 7 will lead to a chilling effect on faculty speech, with professors becoming more inclined to self-censor due to uncertainty about whether a discussion topic falls under the scope of the bill. The signing of this bill would not only interfere with faculty members’ academic freedom, but also with students’ right to receive information unfettered by a “pall of orthodoxy.”

FIRE’s letters encourage Florida institutions to interpret the legislation as narrowly as possible and, if necessary — where enforcement would be unconstitutional — to ignore it.

“Universities should not have to choose between respecting their faculty’s First Amendment rights and running afoul of government actors,” said Joe Cohn, FIRE’s legislative and policy director. “Institutions will need to show courage to challenge this landmine of a bill that threatens to harm academic freedom.”

Along with the letter to Florida institutions, FIRE is also reaching out to faculty members, urging them to get in touch with us if their ability to discuss their areas of expertise is limited by HB 7 or by their university administration’s implementation of the bill.

“History, and even our current discourse, is populated with ‘discriminatory,’ ugly, or offensive views,” said Steinbaugh. “But college students are, by and large, adults who are perfectly capable of ‘engaging’ with views they don’t agree with — that’s how students learn to think.”