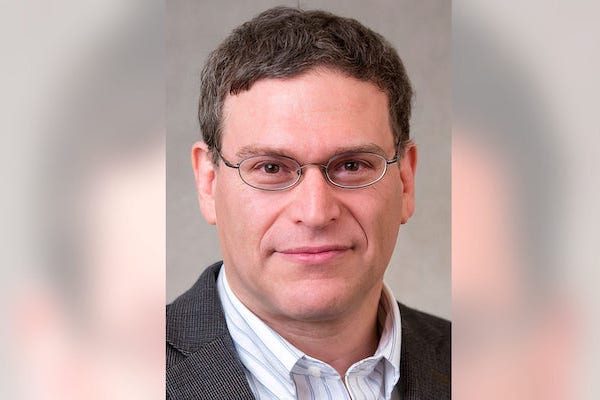 Perhaps unlike most philosophy professors, Kershnar has made it his niche to deliberately question conventional views on issues like slavery, torture, discrimination, abortion, affirmative action, venerating veterans, whether God exists, and so on. He also teaches a course — “Sex and Love” — that discusses “sexual ethics” and asks “Which kinds of sexual activity are morally permissible under what sort of circumstances?”

But this week, those questions became too tough for SUNY Fredonia, as it suspended Kershnar after his on-brand hypothesizing about the morality of “adult-child sex” on two podcasts went viral.

Despite the ensuing swift and heated criticism of Kershnar, many others — including those who strongly disagree with what he had to say — are speaking up in defense of his academic freedom to pose difficult questions.

While undoubtedly offensive to many, Kershnar’s speech is protected by the First Amendment.

The Daily Nous, a publication “for and about the philosophy profession” run by philosophy professor Justin Weinberg, noted this controversy is just the latest in a recurring cycle of backlash to Kershnar’s work and the charged topics he frequently explores. Weinberg correctly explained that “his work is professional and protected by academic freedom and freedom of speech” and concluded that “he quite clearly ought not be fired.”

We agree. FIRE sent a letter to SUNY Fredonia yesterday informing the university of its obligations under the First Amendment and urging it to return Kershnar to the classroom immediately. FIRE coordinated a letter signed by more than 30 faculty members supporting Kershnar’s rights to speak on controversial topics as an academic philosopher. The Academic Freedom Alliance also wrote SUNY Fredonia in support of Kershnar.

Even if you accept Kershnar’s critics’ framing — that his statements could lead to erosion of laws criminalizing sexual abuse of minors — his views are still protected by the First Amendment. As we wrote in our letter to SUNY Fredonia:

While the law provides no shelter for incitement, that exception is limited to speech “directed to” inciting “imminent lawless action” and likely to result in that action. The Supreme Court has made clear that this exception does not extend to the “mere advocacy” of unlawful conduct, the “abstract teaching” of unlawful conduct, or arguments about the “moral propriety or even moral necessity” for unlawful action, leaving all such speech within the protection of the First Amendment.

Kershnar’s controversial research interests and statements should not be news to SUNY Fredonia. For years, it recognized that academic freedom protected those research interests. In fact, Kershnar’s bio on the SUNY Fredonia website notes that he “has written one hundred articles and book chapters on such diverse topics as abortion, adult-child sex, hell, most valuable player, pornography, punishment, sexual fantasies, slavery, and torture.” The university didn’t have a problem with Kershnar’s patented devil’s advocacy and Socratic questioning until the online outrage machine manufactured a problem.

The university didn’t have a problem with Kershnar’s patented devil’s advocacy and Socratic questioning until the online outrage machine manufactured a problem.

Yesterday, the university said the “volume” of “specific threats” it is receiving leaves them unable to “compile a list” to provide to Kershnar. That’s not surprising; when videos of academics’ controversial speech go viral, the vociferous public response — itself largely composed of protected speech — far too often includes some form of threatened violence. But taking action against an unpopular speaker serves only to reward such threats. In so doing, SUNY Fredonia facilitates an impermissible heckler’s veto, which incentivizes more threats in the future. And when universities respond to threats by taking action against the speaker — as opposed to taking other steps to address security risks, or temporarily allowing classes to meet via videoconferencing — they send the message that speech in higher education is protected as long as it’s popular with people who would threaten violence. (See, for example, Dartmouth’s recent retreat from freedom of expression due to threats against conservative journalist Andy Ngo.)

While undoubtedly offensive to many, Kershnar’s speech is protected by the First Amendment. FIRE has provided Kershnar an attorney via our Faculty Legal Defense Fund. We will continue to watch this situation closely.