FIRE launched one of its most ambitious projects two years ago today when it coordinated the filing of four free speech lawsuits against four public colleges and universities in one day. With the Stand Up For Speech Litigation Project (SUFS), FIRE has been able to challenge speech codes in courts nationwide, changing the incentive structure for universities by imposing a real cost for violating the First Amendment.

Since last July 1, SUFS has sponsored two more lawsuits—one against the University of South Carolina, where students were investigated for holding an event about free speech, and one against Louisiana State University for firing a professor for her protected expression—to bring the total number of SUFS lawsuits to 12. Additionally, FIRE achieved four more victories since SUFS’s first anniversary, giving the project nine total victories. Eight settlements and one court decision have restored the free speech rights of almost 250,000 students and secured over $400,000 in damages and attorney’s fees. None of SUFS’s success would be possible without attorneys Robert Corn-Revere, Ronald London, and Lisa Zycherman of the law firm Davis Wright Tremaine in Washington, D.C., who have represented all of the SUFS plaintiffs.

For SUFS’s second birthday, FIRE has revamped the SUFS website—which we encourage everyone to check out! There, you can find updated photos and quotes from some of our plaintiffs. We reached out to some of them to get their perspective looking back and asked how their SUFS lawsuit changed their undergraduate experience. Here are the responses we received: 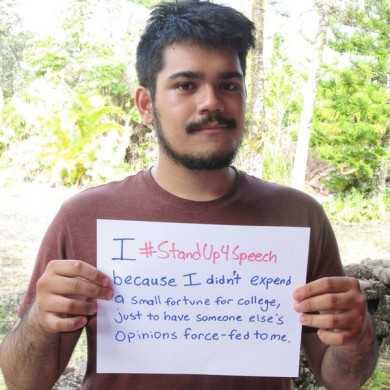 “The lawsuit has really led to positive changes on my campus. I’ve noticed that conversations on campus have become more diverse, and that more students believe that they safe to speak their minds. I remember when [co-plaintiff] Merritt [Burch] and I first started the lawsuit and someone told us that it would be best to ‘not rock the boat’ and to just ignore the problems with the university administration. Now after the lawsuit I’ve seen some incredible displays of free speech on campus, such as the debate over the Thirty Meter Telescope, which led to a national discussion. FIRE has been incredible in helping me fight for my rights, as well as for the rights of all students on campus.” (Anthony Vizzone, University of Hawaii at Hilo.) 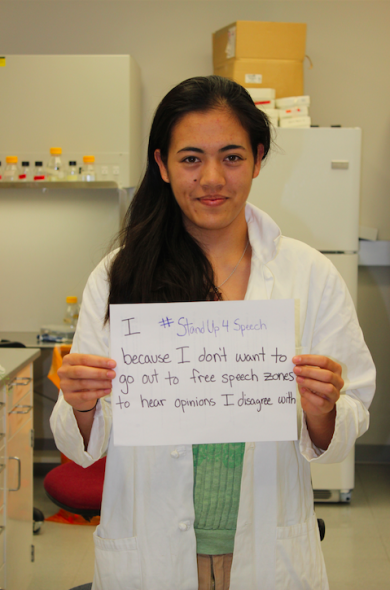 “With UH Hilo being one of the most diverse four year colleges in the country, FIRE’s help in abolishing unconstitutional speech codes was crucial. With FIRE’s help I became less of an introvert and sought out other people’s varied opinions.” (Merritt Burch, University of Hawaii at Hilo.) 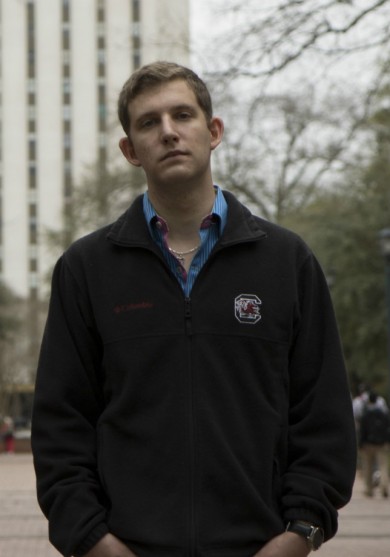 “I started my student organization from scratch within my first month of coming to college. Over the past four years our campus activism events brought us increased recognition and visibility on campus that translated to more than thirty members by the time I graduated. Without FIRE our campus speech codes would have restricted us from doing any of these events; many of my fondest college memories and strongest friendships only happened because of FIRE.” (Ross Abbott, University of South Carolina.) 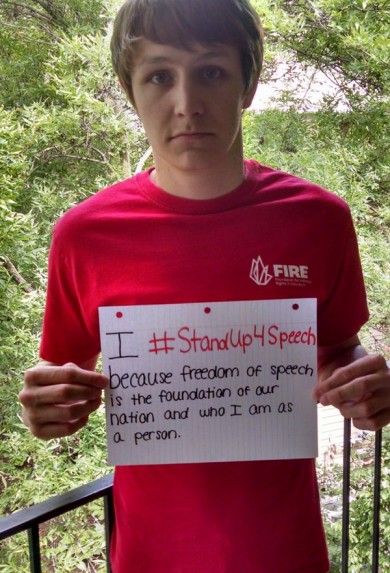 “It’s had a huge influence on my college experience. It’s left me with a different perspective on the university, but I think it’s been very enlightening and has taught me to stand up for something if I don’t think what is being done is right.” (Paul Gerlich, Iowa State University.)

FIRE is also celebrating with a SUFS second anniversary T-shirt that will be available to attendees of the FIRE Student Network Conference taking place in Philadelphia  July 15–17. 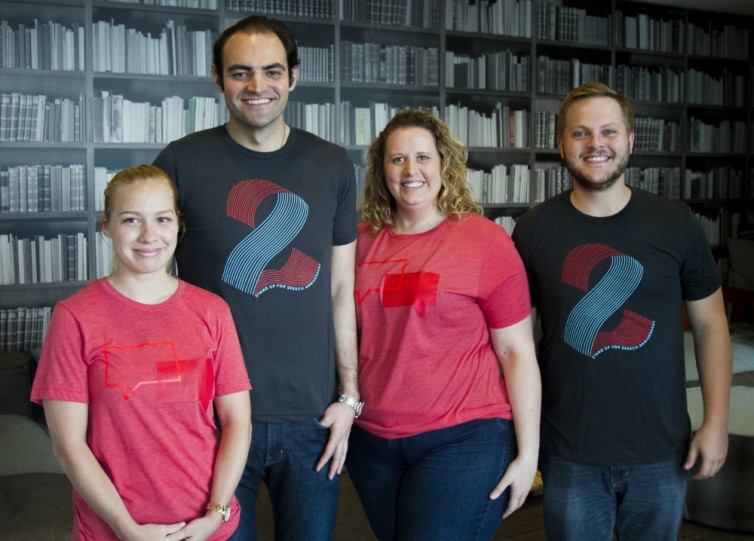 Want the T-shirt, but can’t attend the conference? Organize an event with a FIRE speaker on your campus and we’ll bring the T-shirts to you!

If you attend a public college or university and your rights have been violated, please contact FIRE. With your help, we will end campus speech codes once and for all.