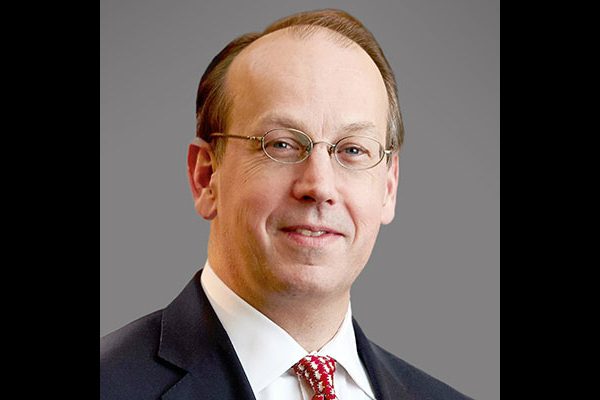 What follows was inspired by an online First Amendment Salon exchange (July 21, 2020) between Floyd Abrams and Paul Clement.

[F]or doctrinal and practical reasons, the “cure” for a First Amendment violation cannot be worse than the disease in terms of its effect on speech.

There has been much talk in recent years about textualism. A lot has been said about the need to hold true to the text of the law. Justice Scalia preached it,[1] Justice Thomas practiced it,[2] Justice Gorsuch published a book on it,[3] and other Justices have stressed its importance.[4] Moreover, Justice Kavanaugh has hailed this turn to textualism as a “massive and enduring change in American law.”[5] And true to that creed, Justice Kagan has proclaimed: “we’re all textualists now.”[6] So much for the importance of fidelity to words. But then came Barr v. American Association of Political Consultants Inc. (2020),[7] and with it textualism was drawn down into the quicksand of legal doctrine.

It all started with robocalls, which no one can abide. That may explain the tortuous paths taken by the Justices in Barr. After all, sometimes the law of the land must bow to the wishes of those who live in that land. And so it was when the Court had to decide what to do with a 2015 government debt collection exception to the Telephone Consumer Protection Act of 1991 (TCPA). Fixated on this special exception for the government, the focus first turned to content discrimination arguments and thereafter whether the 2015 provision could be severed from the Act, should the exemption be deemed violative of the First Amendment. The judicial result: The Court, in a complex plurality opinion surrounded by a swirl of three separate opinions, ruled that the 2015 amendment impermissibly favored debt collection speech over other forms of protected speech.[8] The operative result: Congress (as in “Congress shall make no law”) was actually permitted more leeway to abridge speech (as in “abridging the freedom of speech, or of the press”) when it came to censoring all robocalls. The problem: From a textualist reading of the Madisonian maxim, the Barr Court turned the First Amendment on its head and then left it there.

Enter Paul Clement, that seasoned Supreme Court advocate and former law clerk to Justice Scalia. By his constitutional calculus, the Barr Court severed the mandate of the First Amendment from its text. The irony is that Mr. Clement warned the Justices beforehand not to create this very problem; he did so in an amicus brief filed on behalf of Facebook and in support of the Respondents in Barr.[9] While the central conceptual point he articulated in his brief did not receive any recognized judicial attention, his arguments therein merit serious consideration by the bench, bar, and the legal academy. In what follows, and drawing on that amicus brief,[10] I sketch out the contours of Mr. Clement’s cure for the ills created by the Barr Court’s “cure.”

The temptation: “The basic principles of this Court’s First Amendment jurisprudence—from prohibitions on content-based and viewpoint discrimination to levels of scrutiny—are so familiar that it can be tempting to skip to the doctrine and past the constitutional text.”[11] Is this not a perennial problem, one driven by an obsession with decisional doctrine to the exclusion of questions of text, history, and policies informing both? With tactful skill, Mr. Clement alerted the Justices to the dangers of being so taken by doctrine that they would fail to appreciate the value of the constitutional text. Iudices cavete! (Judges beware).

The text as the point of first reference: “Congress shall make no law. . . abridging the freedom of speech.” One starts there; the text is the opening act in the constitutional theater of interpretation.[12] True, there will always be differences as to how to interpret any legal text, but those differences are beholding to the primacy of the text as the first point of reference. Hence, for example, the First Amendment’s prohibitions do not apply to private actors acting in a private capacity. So, text does matter. That is why one must first start there and ponder what the words might mean and how they might be conceptualized, which brings us back to Mr. Clement.

“Two important principles follow directly from that prohibition on laws abridging the freedom of speech,”[13] he argues. This first principle derives from the word abridging, as in reducing or cutting short the full measure of speech. This focus, Mr. Clement maintains, “should be on the prohibition or abridgement of speech. Exceptions to a prohibition, such as the government-debt-collection exception to the TCPA’s prohibition on ATDS calls, may inform the nature of or justification for the prohibition, but the focus of the constitutional analysis must remain on what ‘abridges’ speech.”[14] Notice the dichotomy between what sometimes serves as an instance validating a First Amendment’s prohibition (e.g., content discrimination), and the nature of the prohibition writ large. The focus must remain on the latter, not the former. In other words, one category of a violation (again, content discrimination) defines neither the essential nature nor the dynamic scope of a textual mandate. In the context of the text of the First Amendment, to be unmindful of this is to abridge the very meaning of “abridging.,” which takes us to Mr. Clement’s second principle.

“[T]he First Amendment,” he counsels, “is not an anti-discrimination prohibition. While discrimination among speakers, viewpoints or topics may be a powerful indicator of an unconstitutional abridgement of speech, the constitutional violation consists of abridging speech, not discriminating against speakers.”[15] Their merit notwithstanding, cases such as Police Department v. Mosley.[16] Grayned v. City of Rockford,[17] Williams v. Rhodes[18] and their progeny may serve to obscure that distinction. For when it comes to “abridging” speech, equal protection is not categorically synonymous with sufficient protection.[19] That is, a doctrinal rule may offer equal protection and yet offer insufficient First Amendment protection, which is Mr. Clement’s point concerning Barr: “Indeed, the most obvious First Amendment violation imaginable—a blanket prior restraint on all speech—would be entirely non-discriminatory”[20] but entirely unconstitutional. In other words, what triggers a violation of a textual mandate ought not be employed to defeat the central principle of that mandate — yet that is exactly what happened in Barr.

The idea that Mr. Clement strives to drive home is that the First Amendment is first and foremost an anti-abridgment mandate and only secondarily, and sometimes, an anti-discrimination mandate. (In his separate opinion in Barr, Justice Gorsuch, joined by Justice Thomas, pointed to such a difference but not in any textual or extended way.[21]) To equate the two is not only to put the cart before the horse but, more importantly, to remove the horse from the scene altogether. Hence, the incongruity of Barr; its holding was out of sync with both the text and purpose of the First Amendment. The lesson to be learned is that “[w]hile discrimination among speakers, viewpoints or topics may be a powerful indicator of an unconstitutional abridgment of speech, the constitutional violation consists of abridging speech, not discriminating against speakers.”[22] (Textually speaking, might something of the same be said of the Religion Clauses?)

“discrimination among speakers, viewpoints, and topics is not what violates the First Amendment, but instead provides a strong indicator that the government is impermissibly abridging speech. Thus, such discrimination is an appropriate trigger for heightened scrutiny, but the ultimate constitutional violation is the impermissible abridgement of speech.”[23]

Severability in a First Amendment setting: The Barr Court severed the content discriminatory exemption of the Telephone Consumer Protection Act from the Act; it thus left the remainder of its censorial provisions intact. While such an approach may serve an anti-discrimination principle, it does so at the expense of mocking the First Amendment’s core principle, its anti-abridgment mandate. Properly understood, the right remedy is to invalidate “the speech-abridging prohibition” rather than “striking [down] speech-permitting exceptions.”[24] That is, “[s]triking the exemptions and abridging more, not less, speech [is]  completely antithetical to First Amendment principles.”[25]

It is precisely because of the problem created by the Barr Court’s severability approach that Mr. Clement’s call for clarity takes on special meaning:

[T]he Equal Protection Clause is an anti-discrimination provision. Its basic guarantee is satisfied as long as there is equal treatment, and so it is agnostic between leveling up and leveling down. The Free Speech Clause is fundamentally different; it is not an anti-discrimination provision, but an anti-abridgement, pro-speech guarantee. Discrimination on the basis of speaker, viewpoint, and topic is not the constitutional violation, but a sign of impermissible abridgement.[26]

True, equality informs our understanding of liberty, but it does not confine it to cases involving disparate treatment of speakers. And yes, the two principles may sometimes collide. Nonetheless, in all of this, there is no warrant to misconstrue the anti-abridgment nature of the First Amendment’s Free Speech Clause. Given that, the Court would be well served to revisit the severability doctrine as it is applied in the free expression context, this with an eye to fashioning a rule sensitive to the issues raised by Mr. Clement.[27]

Tilting towards tomorrow: While Mr. Clement’s amicus brief did not carry the textual day in Barr v. American Association of Political Consultants Inc., there is always tomorrow. And on that score, there is Facebook, Inc. v. Duguid,[28] which the Court agreed to review for next Term.[29] The issue raised in the case is:

Whether the definition of an “automatic telephone dialing system” in the Telephone and Consumer Protection Act of 1991 encompasses any device that can “store” and “automatically dial” telephone numbers, even if the device does not “us[e] a random or sequential number generator.”[30]

[10] With so much focus on decisional law, the work product of appellate lawyers is all too regularly discounted or ignored.  See Ronald K.L. Collins, “Thoughts on Hayden C. Covington and the Paucity of Litigation Scholarship,” 13 FIU L. Rev. 599 (2019).

[27] Other arguments applicable in other contexts have been raised against the severability doctrine.  See Seila Law LLC v. Consumer Financial Protection Bureau, 591 US _ , ___(2020) (Thomas, J., concurring in part and dissenting in part).

[30] Given the reach of the statute, overbreadth concerns remain.