FIRE > Newsdesk > Top Story > Five years of the ‘Chicago Statement’: What have we learned? Part 2 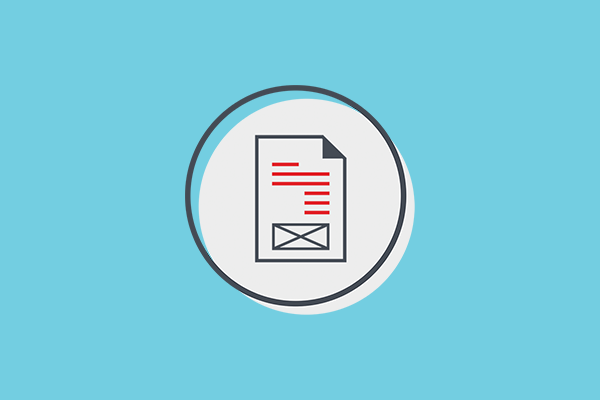 Editor’s Note: This is the second in a multi-part series reflecting on the impact of the “Report of the Committee on Freedom of Expression” at the University of Chicago (better known as the “Chicago Statement”), which was released in January 2015. Since then, FIRE has successfully advocated for colleges and universities across the nation to adopt the statement themselves in order to express their commitment to freedom of expression.

In our first installment of this series, we journeyed back to 2014 to explore the beginnings of the Chicago Statement and discuss the impact it had on campuses across the nation to begin conversations about free expression. In this entry, we’ll explore some common critiques of the Chicago Statement and review emerging trends in universities’ adoptions of free speech policy statements.

FIRE has heard a number of criticisms of the Chicago Statement over the years, from concerns that the statement doesn’t go far enough and is vulnerable to relativism, to concerns that speech can injure, to the idea shared by many critics that embracing free expression must mean sacrificing diversity and inclusion goals and initiatives.

To take one prominent example, University of Pennsylvania professor Sigal Ben-Porath has argued that colleges and universities should not adopt the Chicago Statement because of its “false assurances” and the “limited value” such a statement offers. We disagreed with Ben-Porath back in 2018, and still do today. As we explained in our response to Ben-Porath, we completely agree that the adoption of a free speech policy statement will not solve all issues and tensions related to free expression on a college’s campus. But that isn’t the point of the statement. As we wrote in response:

We heartily agree that in most cases, tension on campus over free speech “cannot simply be resolved by endorsing a one-size-fits-all statement,” but while adopting a free speech policy statement is not a magic elixir that eliminates free speech controversies on campus, the fact that a goal is aspirational does not render steps in that direction meaningless. Nor does supposed bluntness or legalism render such a statement ineffective. The First Amendment itself is far blunter and more legalistic than the Chicago Statement, but no person would deny that it has been effective.

The point of adopting a free speech policy statement is to begin a longer conversation about freedom of speech with all its tension and challenges, not to cure every ailment and issue. Without robust debate and the free flow of ideas, how would such problems be solved at all?

The point of adopting a free speech policy statement is to begin a longer conversation about freedom of speech with all its tension and challenges, not to cure every ailment and issue.

As evidenced by the examples in the last installment of this series, we’ve not only seen a proliferation of the statement itself, but gratifyingly we’ve watched as Chicago Statement institutions continue the conversation on campus through freshman orientation programming, conferences and symposia, academic initiatives, educational resources for students, dialogue series on topics like free speech, civil discourse, diversity, and much more.

Since the launch of our campaign in support of the Chicago Statement, we’ve hoped that robust discussion on campus about many topics, including initiatives to improve the campus climate for free expression, would stem from adoption of these statements. Five years later, it seems like that is just what is happening at campuses across the country.

In addition to success stories of policy adoptions, it’s also useful to observe trends that have stood out to FIRE in the past five years. The Chicago Statement continues to be discussed and endorsed at colleges nationwide. 36 institutions have opted to officially adopt the statement. Typically, the president or chancellor of the institution makes an announcement to the university community intended to communicate the administration’s dedication to free expression, oftentimes soliciting community input on the statement itself. Elsewhere, members of the university’s faculty who are part of faculty governance, such as a faculty senate, adopt statements modeled after the Chicago Statement to emphasize and protect academic freedom. Seventeen faculty bodies have officially adopted a version of the Chicago Statement thus far.

Twenty-four governing boards (systemwide leadership or otherwise) have incorporated a free speech statement as a part of official university policy, oftentimes positively affecting tens of thousands of students — a trend FIRE has been tracking with growing frequency in the past year. In 2020, the Chicago Statement was adopted by eight institutions, a full five years after its initial introduction. Remarkably, six of those eight adoptions came in the form of affirmation by a university’s board of trustees. The University of Alabama System’s endorsement, for example, spans four campuses and encompasses over 70,000 students. This high-level endorsement indicates a university’s deep commitment to the principles articulated in the Chicago Statement, and is a trend FIRE hopes to see continue on other campuses.

Year over year, we continue to see steady numbers of institutions adopting free speech policy statements. In 2015, the first year following the statement’s release, 10 institutions adopted it. The numbers remained consistent for the next two years, with 12 adoptions in 2016 and 10 in 2017. Due to the tireless work of FIRE and other free speech advocates, 2018 saw an explosion of adoptions: 24 in that year alone. Since then, the numbers have returned to approximately 10 per year (10 in 2019 and 8 in 2020), but it’s clear that the Chicago Statement is still resonating with those campus leaders, faculty members, and students who care about freedom of speech on campus. The continued steady rate of adoptions indicates that there is still work to be done and conversations to be had on campus.

Since its initial release in 2015, the number of colleges that have adopted a free speech policy statement has swelled to 78 institutions as of this writing. Campuses that have continued to have challenging but worthwhile conversations about free expression embody the very best in higher education. Following the dictates of the Chicago Statement, these institutions demonstrate their commitment to “free and open inquiry in all matters” on a daily basis and manifest the guarantee that “all members of the University community [have] the broadest possible latitude to speak, write, listen, challenge, and learn.”

In the next installment of this series, we’ll explore the practical impact of adopting a free speech policy statement. Stay tuned for more in the coming weeks.