FIRE > Newsdesk > Top Story > Florida lawmakers are about to cross an unconstitutional line. They must amend HB7. 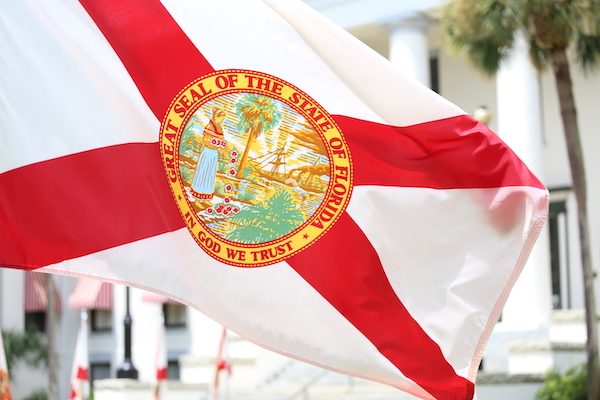 Among the dozens of bills in state legislatures across the country addressing race and sex stereotyping in education, Florida’s HB 7 stands out — and not in a good way.

If passed, Florida could be the first state to ban some discussions of race and sex in college classrooms. As a result, HB 7 would violate both the Constitution and a law signed by Gov. Ron DeSantis last year.

HB 7 prohibits teaching students enrolled in public education to believe any variety of “specified concepts” related to race and sex, including that one race or sex is inherently superior to another race or sex or that an individual, by virtue of their race or sex, is inherently racist, sexist, or oppressive, whether consciously or unconsciously. (FIRE has written extensively on how similar bills nationwide pose threats to academic freedom and freedom of speech.) FIRE opposes these portions of HB 7 because they would bar classroom discussions of race and sex at Florida’s public colleges and universities.

Having already passed the House of Representatives and one committee in the Senate, the bill is ready for “second reading,” meaning it has one last opportunity to be amended on the Senate floor before passing the chamber. FIRE urges the Senate to amend the bill to make clear that the bill’s prohibitions do not affect what can be taught in college classrooms.

One banned idea is the notion that morality is determined by race, but bans on ideas also include bans on critiquing ideas. How can a student develop an understanding of why a concept is wrong if they’ve never engaged with the argument? Dogma does not create an informed citizenry.

This “individual freedom” bill prohibits teaching that diversity initiatives that advantage some races or sexes over others, such as affirmative action, are desirable. While there are plenty of arguments against that approach to diversity, HB 7 would ban defending affirmative action policies. This sort of viewpoint-based discrimination is flatly unconstitutional.

Additionally, students who are discriminated against in class can already use existing anti-discrimination law when a faculty member targets them on account of their race or sex, an approach that lacks overly burdensome bans on speech.

Supreme Court precedent is clear: Government may not restrict speech in college classrooms

But regardless of which ideas are subjected to a ban, nearly 65 years of precedent from the Supreme Court prohibits the government from imposing any bans on what can be taught in college classes. And just last year, the Florida legislature enacted an “intellectual freedom” law prohibiting the state from shielding students from speech protected by the First Amendment, even speech “​​they may find uncomfortable, unwelcome, disagreeable, or offensive.”

Bills in legislatures across the country, including these states, contain unconstitutional bans on what can be taught in college classrooms.

Given that one of the justifications for HB 7 is that teaching certain concepts causes discomfort, it appears that the Florida legislature is attempting to pick and choose who may or may not feel uncomfortable in class.

While the state cannot enact curricular bans, it is not without tools to respond to concerns that HB 7 seeks to address. The state may lawfully prohibit a public college or university from espousing certain concepts in its official orientations or trainings. It may also prohibit institutions and faculty from requiring students to express personal agreement with any of the specified concepts.

If the legislature is determined to pass this “individual freedom” bill, it must amend HB 7 to avoid restricting constitutionally guaranteed individual freedom. As the Supreme Court noted in 1957, “Teachers and students must always remain free to inquire, to study and to evaluate, to gain new maturity and understanding; otherwise, our civilization will stagnate and die.”