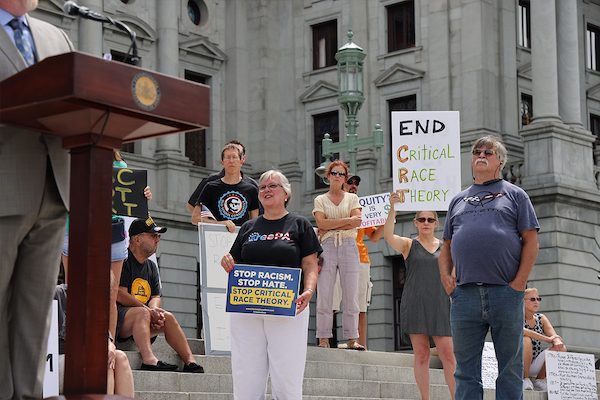 As legislatures across the country begin or resume legislative sessions in the new year, lawmakers are introducing new bills that would seek to regulate how race and sex are addressed in K-12 classrooms and in America’s colleges and universities. Problematically, most of this year’s crop of bills that apply to the collegiate setting present unconstitutional intrusions into what can and cannot be taught.

When these bills first started appearing last year, FIRE was quick to point out that while legislators have broader (but not unlimited) authority to set K-12 curriculum, the First Amendment and the principles of academic freedom prevent the government from banning ideas from collegiate classrooms.

It has been decades since there was any question that government bans on what can be taught in college classes are unconstitutional.

In the landmark 1957 case Sweezy v. New Hampshire, the Supreme Court of the United States concluded:

The essentiality of freedom in the community of American universities is almost self-evident. No one should underestimate the vital role in a democracy that is played by those who guide and train our youth. To impose any strait jacket upon the intellectual leaders in our colleges and universities would imperil the future of our Nation. No field of education is so thoroughly comprehended by man that new discoveries cannot yet be made. Particularly is that true in the social sciences, where few, if any, principles are accepted as absolutes. Scholarship cannot flourish in an atmosphere of suspicion and distrust. Teachers and students must always remain free to inquire, to study and to evaluate, to gain new maturity and understanding; otherwise, our civilization will stagnate and die.

Ten years later, in Keyishian v. Board of Regents, the Supreme Court elaborated further on academic freedom, identifying it as “a special concern of the First Amendment, which does not tolerate laws that cast a pall of orthodoxy over the classroom.”

“Our Nation is deeply committed to safeguarding academic freedom,” the Court reasoned,  “which is of transcendent value to all of us and not just the teachers involved.” When the government bans certain materials from being taught, it unconstitutionally violates the principles of academic freedom in violation of Sweezy and Keyishian.

Thankfully, the final versions of the enacted 2021 higher education race and sex stereotyping bills did not include provisions with curricular bans. (Because FIRE’s mission is to protect individual rights in higher education, our legislative focus has been exclusively on those bills that would impact higher education, and we have not taken a position on any language that regulates K-12). These laws, passed in Idaho, Iowa, Oklahoma, and New Hampshire, were each considerably more measured than most of the bills filed so far in 2022. For example, last year the Idaho legislature, rather than ban any curriculum, instead prohibited colleges and universities from compelling students to affirm specific political viewpoints. The enacted statute states:

(a) No public institution of higher education, school district, or public school, including a public charter school, shall direct or otherwise compel students to personally affirm, adopt, or adhere to any of the following tenets:

(i) That any sex, race, ethnicity, religion, color, or national origin is inherently superior or inferior;

(ii) That individuals should be adversely treated on the basis of their sex, race, ethnicity, religion, color, or national origin; or

(b) No distinction or classification of students shall be made on account of race or color.

(c) No course of instruction or unit of study directing or otherwise compelling students to personally affirm, adopt, or adhere to any of the tenets identified in paragraph (a) of this subsection shall be used or introduced in any institution of higher education, any school district, or any public school, including a public charter school.

(4) Nothing in this section should be construed to prohibit the required collection or reporting of demographic data by public schools or public institutions of higher education.

In Iowa, the final language of its bill only prohibited teaching or advocating for the concepts it deemed “divisive” in the context of mandatory staff or student training. To further guard against intrusions on academic freedom, the bill expressly stated that it shall not be construed to:

Inhibit or violate the first amendment rights of students or faculty, or undermine a public institution of higher education’s duty to protect to the fullest degree intellectual freedom and free expression. The intellectual vitality of students and faculty shall not be infringed under this section.

The final language in Oklahoma similarly only applies to mandatory diversity trainings provided by campus administrations. It states:

No enrolled student of an institution of higher education within The Oklahoma State System of Higher Education shall be required to engage in any form of mandatory gender or sexual diversity training or counseling; provided, voluntary counseling shall not be prohibited. Any orientation or requirement that presents any form of race or sex stereotyping or a bias on the basis of race or sex shall be prohibited.

Although there was at least one institution that misapplied the statute and temporarily suspended some classes while it evaluated whether those classes fell within the scope of the bill, it was clear from the onset that the statute was not intended to restrict classroom speech, and the institution promptly reversed course.

Many states have introduced legislation to limit or prohibit the teaching or training of so-called “divisive concepts” at public colleges.

As introduced, many of the bills threaten free speech and academic freedom.

The final 2021 higher education race and sex stereotyping law that was enacted was a late hour amendment added to the New Hampshire budget. House Bill 2 included language that generally prohibited public employers from “teaching, advocating, instructing, or training” any student that:

Unlike generic savings clauses that try to tell courts that a bill’s language should be construed constitutionally, this clause says its language cannot be construed to limit academic freedom in higher education, making it more akin to an exemption than an ineffective “savings clause.”

Despite the fact that many bills proposing curricular bans in K-12 and collegiate settings were introduced in 2021, none of the higher education curricular bans have been signed into law.

While some 2021 bills with unconstitutional classroom restrictions, like Pennsylvania’s HB 1532 and Ohio’s HB 327, remain pending in 2022, FIRE hoped that lawmakers introducing new legislation would take notice that the curricular bans were a constitutional non-starter. We were wrong.

In the days, weeks, and months ahead, FIRE will be writing more about many of these bills, as well as others that are introduced on this topic. We will also continue our direct engagement with legislators, urging them to cut unconstitutional provisions and pursue alternative approaches to addressing discriminatory conduct that are in line with the First Amendment and academic freedom.