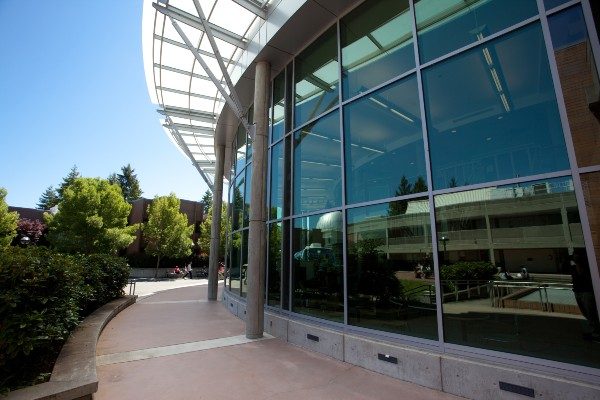 On June 2, students at Bellevue received an email from Bellevue’s Interim Vice President of  Diversity, Equity, and Inclusion Gilbert Villalpando with the subject line “Your Words Matter.”

At Bellevue, it appeared, the old adage “there’s no such thing as a dumb question” did not apply to conversations about protests and racial injustice.

But the email did more than encourage thoughtful consideration, including a list of several specific “racist statements,” along with Villalpando’s explanation of why each statement was racist. These included: “Riots make a person’s message invalid and peaceful protests is [sic] how you win people over,” “Black people were violently protesting,” and “When the looting starts the shooting starts,” a refrain once used by a white police chief during the Civil Rights struggle that gained renewed use in recent months after the president tweeted it. The email went on to direct students “not to repeat any racist statements as those listed above or ask questions related to the statements above.”

Of course, if that directive were followed, it would be self-defeating. Students do not always know why these phrases might be offensive to others. Asking questions — or dissenting — is how they might learn from the exchange of views or sharpen their own points of view. At Bellevue, it appeared, the old adage “there’s no such thing as a dumb question” did not apply to conversations about protests and racial injustice.

Earlier this month, FIRE wrote to Bellevue College to point out that Villalpando’s ambiguous directive, even if merely aspirational, would have a chilling effect on student and faculty expression because it implied the potential for disciplinary action, an unconstitutional result at a public college like Bellevue.

As we explain in our letter — and have explained before — at public colleges and universities the contours of protected and unprotected expression are determined by the First Amendment, not by the whims of administrators:

To permit a public college or university to promulgate or enforce a blanket moratorium on specific phrases due to an administrator’s determination that they are racist not only violates the First Amendment, it opens the door to broader censorship of certain phrases in response to changing societal circumstances. You cannot anticipate now the pressure that other groups, donors, or legislators will bring to bear against speech they view as hateful or contrary to the university’s values, nor can you be sure that your successor or other administrators will use such authority wisely.

On Tuesday, Bellevue responded to clarify that Villalpando’s email was in fact aspirational and would not serve as a basis for discipline against students or faculty, stating:

During the past few months, racially charged incidents have occurred across the United States . . . . The email was not meant to be directive, ban specific phrases, or restrict the exercise of freedom of expression, but rather to inform people about the impact of various words and phrases during a time of anguish and high emotions in our community and all across the nation.

[T]o the extent there is any confusion on this issue, please be assured that Bellevue College did not, and does not, intend to institute discipline or take any other adverse action against any student or employee who does not heed the recommendations in Vice President Villalpando’s email.

This is a welcome response, especially given Bellevue’s recent track record of censoring expression on campus in an apparent effort to appease donors.

But when administrators take positions on contentious social issues of the day, they should state up front that they are not speaking from a place of authority and that others in the collegiate community have fundamental rights to engage in dissenting expression, even if others find it deeply offensive or wrong. Bellevue clarified that Villalpando’s email was “not meant to be a directive,” but only after FIRE was alerted to the email and sent a letter explaining why such a directive would be unconstitutional. In the interim, students and faculty engaging in discussions about these issues — at a moment when they were at the forefront of public debate —  may have been rightly worried that their speech may be counter to a directive of a high-level administrator, and perhaps subject them to formal punishment.

The best of these institutional statements will recognize the right of those in the community to dissent from the institutional message, and ask questions in pursuit of a productive dialogue about the issues of the day. The stated purpose of Villalpando’s email was to encourage Bellevue students and faculty to thoughtfully consider the experience of Black members of the community during this time, but penalizing protected expression (or even implying punishment) is not a cure for the underlying challenges faced by society. Stifling certain viewpoints — and even questions about certain viewpoints — discourages productive conversations about those very challenges.